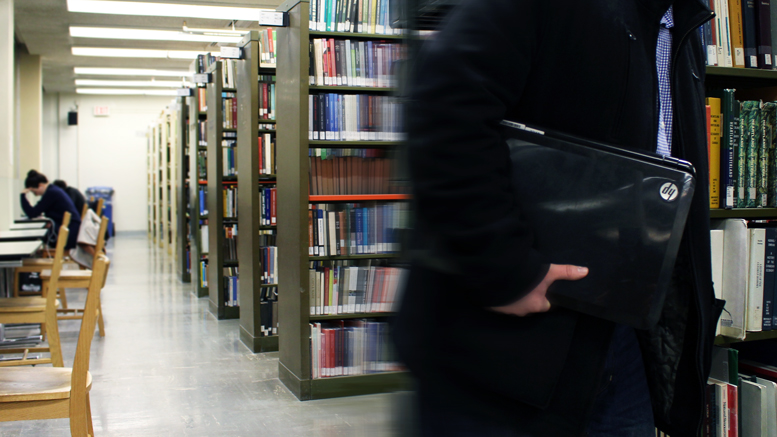 The monthly reports of the University of Manitoba’s security services show a significant number of thefts on campus, raising concerns among students, professors, and staff.

By compiling statistics from monthly reports, the Manitoban concluded that there were 193 reported thefts in 2015, a significant increase over last year, where 137 thefts were reported to campus security.

Rates of mischief – namely, vandalism and the defacing or damaging of university property – remained consistent with past years at 88 reports in 2015. There were 93 reports in 2014.

However, the past year also saw a small increase in the rates of drug use over previous years, with 13 reports of drug use on campus, all relating to marijuana.

Reports of campus harassment, on the other hand, decreased from previous years, with only three reported incidents in 2015 compared with seven in 2012, eight in 2011, and nine in 2010.

Frank Cormier, professor of sociology and criminology at the U of M, notes that crime data like security statistics don’t necessarily reflect the amount of criminal activity on campus, because the crime needs to be detected, reported, and recorded before it becomes a statistic.

Especially when considering issues such as harassment, this is significant because the difference in numbers might not mean there has been less harassment. It could also mean a rise in people not reporting harassment when it occurs.

When asked what could account for the number of thefts this year specifically, Cormier offered a couple possible explanations.

The higher the unemployment rate, the higher the number of thefts in a society, he said. If there has been a change in the campus economy, this may be reflected in the numbers.

“If there are more people in desperate situations, there could be more theft,” Cormier said.

According to Cormier, theft will also increase if more targets become available. Some individuals plot thefts well in advance for items that they feel they need, while others are willing to steal property only if items are left out in the open and unlocked.

“A lot of crime is based simply on the fact that the opportunity presents itself […] They’re willing to commit a crime, but they’re not committed to committing a crime,” Cormier said.

According to Cormier, another explanation could be that the numbers of theft reflect “social disorganization” on campus. This is when rates of crime increase in neighbourhoods where there is high social mobility, and people lose a feeling of community with the people around them.

Cormier warns that we should not let campus security service statistics drastically change our perceptions of the university or our behaviour toward fellow students.

“Most people’s fear of crime is far out of proportion with their risk of crime,” he said.

However, Cormier noted that environmental design is a creative way to combat theft. This means designing and creating spaces that make it more difficult for people to commit crimes.

Security services should make note of darker areas of campus with blind spots or corners through regular security audits, he said.

Cormier suggests that these audits should look at the libraries, especially Elizabeth Dafoe Library, where people can easily take something sitting in a carrel and disappear into the stacks, without others witnessing the crime.

According to Cormier, environmental design as a preventative measure would require not just looking at the number of thefts, but also where they’re happening.

U of M student speaks out

Feras Alameddine, an environmental science student at the U of M, told the Manitoban that he has had his bike stolen twice on campus in two different locations near the engineering building.

The latest incident happened two weeks ago, on March 4. According to Alameddine, he left campus around midnight to find his bike gone, with just the broken lock left in its spot.

Another theft happened in the winter.

“I was so disappointed by what happened,” said Alameddine, who built the bike himself.

“In the end we’re all students. We’re all in debt, we all have issues, and we’re all involved in full-time courses. I don’t want to go out after studying all night to find out my bike was stolen in minus-35 degree weather, and I have to walk home.”

Alameddine added that he is more worried than ever about the security of his possessions after the incident.

“I’m absolutely more suspicious of whatever I do now. I’m literally hiding the other bike right now in a specific place and I lock it with two or three locks,” he said.

Alameddine wants to see security services make theft a priority by installing more cameras around campus. He would also like to see students made more aware of the likelihood of theft on campus, along with other security issues.

Security services has also beefed up its public awareness campaigns on crime prevention strategies through their monthly reports, as well as by meeting with student groups.

Jansen also pointed out that most crimes on campus are “crimes of opportunity,” so he cautions people not to leave valuables unattended, and encourages people to contact security services if they see anything suspicious.

Regarding drug-related reports, Jansen said that changing perceptions around marijuana is a factor in the increased rates of reported marijuana use on campus.

“Changes in decriminalization laws are creating a greater ‘acceptance’ of marijuana in our society, and at the same time there are of course drug-related activities that remain criminal,” Jansen said in an email.

“Education and information are key.”

A non-Muslim’s guide to Ramadan