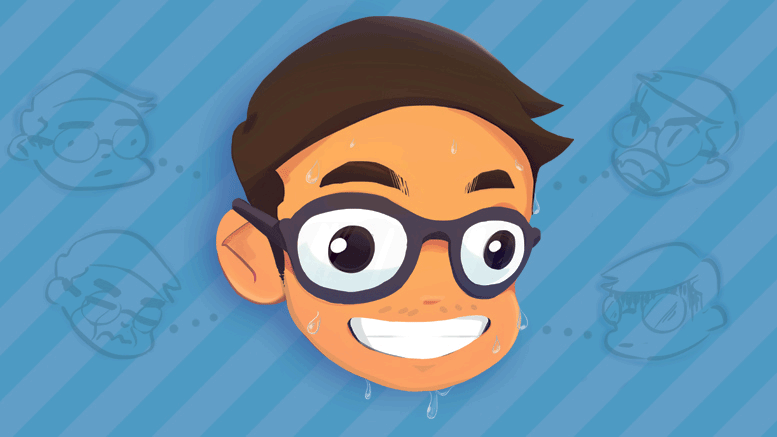 Anxiety can produce some unusual behaviours. Two recently published studies looked into why our brains make us do particular things when we are anxious. One group found that the anxious brain tends to make us veer to the left as we walk, while the other group characterized the underpinning of performance anxiety.

Why anxiety makes us walk to the left

Research out of the University of Kent led by Mario Weick investigated whether an anxious brain has spatial bias – that is, a preference for a direction in three-dimension space.

The study, published in Cognition, involved blindfolding research subjects and having them walk six metres across a room in a straight line.

Individuals that self-reported as feeling anxious and vulnerable walked with a leftward bias. These anxiety-associated feelings are associated with increased activity in the right prefrontal cortex, which is responsible for controlling the left side of the body.

If an individual was feeling confident and goal-oriented, they walked with a rightward bias.

This rightward bias is caused by asymmetrical dopaminergic signaling activity in the left prefrontal cortex – dopamine is a brain reward chemical, which makes you feel good for doing something “beneficial.”

Individuals feeling confident, but also anxious – yes, you can feel both – did not have the rightward bias.

It seems as though anxiety acts as a sort of circuit breaker for spatial bias.

The findings of this study may be implicated in individuals who have right unilateral neglect – they favour their left side, or, in extreme cases, lack awareness of their right side altogether.

Anxiety reduction would not only help balance these people out mentally, but spatially as well.

How our brains cause performance anxiety

Scientists associated with the Brighton and Sussex Medical School investigated why it is harder to play clarinet at an audition or a recital compared to practising at home.

It’s all about being watched.

Published in Scientific Reports, the study used Magnetic Resonance Imaging (MRI) to observe changes in brain activity caused by being observed during performance.

The participants were tasked with gripping an object using a particular strength.

While laying inside of the MRI machines, the subjects were presented with a video of two researchers either evaluating their performance, which was communicated by staring directly forward, seemingly towards the subject, or another participant on a different monitor off to the side.

The individuals who were being observed reported being more anxious than the control individuals.

Increased force output in response to being observed is beneficial in performances of simple tasks like sprinting or powerlifting, but causes us to fumble while doing finer tasks, like playing musical instruments.

The inferior parietal cortex is a region of the brain involved in fine functions like grasping and manipulating objects. It is what allows us to rehearse a piano piece or play a video game.

The inferior parietal cortex forms a connection with the posterior superior temporal sulcus, a region of the brain that allows us to gauge the thoughts and feelings of others by analyzing their facial emotions and the direction of their gaze.

This brain connection is called the action-observation network, which connects our fine muscle performances to our evaluation of any observers.

If the posterior superior temporal sulcus picks up positive signals from their observers, it lets the inferior parietal cortex know the good news, ultimately benefiting a performance.

Negative cues, however, cause the action-observation network to shut down. This derails a performance, as it causes the inferior parietal cortex to turn off.

It’s almost as if the brain is hot-wired to burn it all down at the first sign of bad vibes from the audience.

Next time you find yourself anxious, you can consider the science behind it and perhaps understand your body’s response.

What the fuck, or the Stitzer Effect

The impact of war on Ukrainian researchers

Thunderstorms: Crazier than ever before