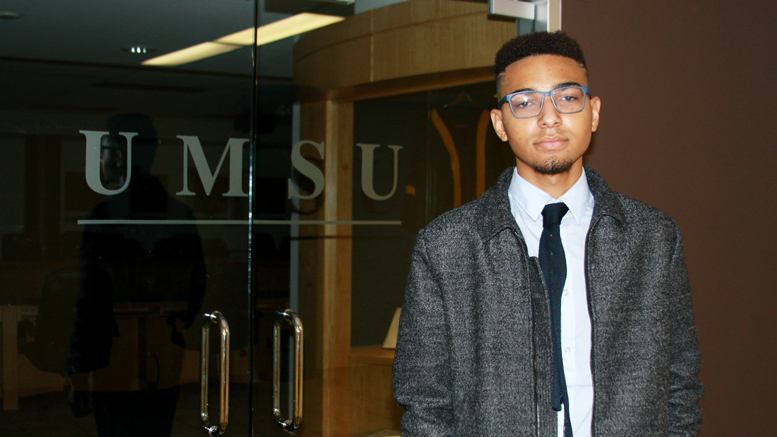 UMSU council and U1SC resolved this dispute to the satisfaction of both parties March 10. See the Manitoban’s report here.

The University of Manitoba Students’ Union (UMSU) entered into an illegitimate contract to use $40,000 worth of University 1 Student Council (U1SC) fees to help pay for last year’s Frosh Fest, the first-year council said.

U1SC tabled an emergency motion at last week’s UMSU council meeting calling on the union to acknowledge the invalid nature of the contract, apologize to the U1 student body, and remit U1SC student organization fees for the 2015-16 year. The motion also calls on the contract to be entirely annulled and for UMSU to release all reports related to U1SC since the beginning of the fiscal year.

Kyle Mirecki, chair of UMSU council, decided to refer the U1SC motion to the UMSU finance committee for review. The approval of that decision was put to a contentious vote among councillors, who ultimately split 19-18 in favour of Mirecki’s decision. There was one abstention on the vote.

The University of Manitoba collects organization fees from students in various faculties. These fees are then remitted to UMSU for distribution to faculty or college councils.

In September 2015, UMSU president Jeremiah Kopp signed a contract with then-president of U1SC Luigi Imbrogno stating that the council would “provide a conditional $40,000 sponsorship towards Frosh Music Festival […] from their 2015-2016 student fees.”

This means UMSU would effectively withhold $40,000 of fees generally distributed to U1SC in exchange for a grab-bag of gift certificates, VIP tickets, and other items to be provided to U1SC as outlined in the agreement.

However, the contract contained the signature of only one signing authority of the union and was never passed by UMSU council – a breach of the UMSU bylaws, according to the U1SC motion.

The UMSU bylaws state that contracts in excess of $15,000 must be approved by UMSU council. Moreover, “contracts, documents, or instruments in writing requiring the signature of UMSU must be signed by two signing authorities.”

Kopp was the only UMSU signing authority listed on the contract. The union’s other possible signing authorities include the vice-president internal, general manager, or one management staff person appointed by UMSU’s executive committee.

While the past U1SC executive and council approved the agreement with UMSU, a new executive was elected in December to discover that they had no money to operate.

“$40,000 is all the fees we would have received for the year of 2015 and 2016, but due to the agreement made between the president of UMSU and the previous U1SC, those fees would go to the sponsorship of 2015 Frosh Fest,” said Arthur Reis, U1SC treasurer.

Reis told the Manitoban that U1SC also owes UMSU $17,300, which is comprised of an $8,000 co-sponsorship with UMSU to bring in speaker Vandana Shiva in October as well as orientation fees and renovation costs that U1SC was unable to pay.

According to UMSU president Jeremiah Kopp, the union approached U1SC for sponsorship because they had done so every year since 2013, in one instance receiving up to $70,000 from the U1SC for Frosh Fest.

But while he said he believes that there is nothing untoward about the sponsorship, Kopp told the Manitoban that there are serious concerns about the way in which the contract was created last year.

“The council at the time made the decision to become title sponsors of the event, as was their prerogative to do so,” Kopp said.

“Since this has occurred, it has come to my attention that there are concerns with the manner in which this contract was created. Due to these concerns, we have relayed the contract to our legal counsel, where it is now under review.”

Kopp added that, while he awaits a legal opinion on the validity of the contract, he believes that “U1SC should have as much of that $40,000 remitted to them as possible.”

According to Kopp, the agreement was made with U1SC based on the understanding that UMSU would cover costs for events and projects based on applications from the council necessitated by their lack of funds.

“They use the word ‘bankruptcy’ a lot when they’re talking about this, but that’s not actually the case,” he said.

“It’s not like U1SC is in arrears and is paying high interest on this. UMSU will work with them to resolve this financial situation.”

Kopp told the Manitoban UMSU paid $5,500 in renovation costs for the U1 lounge, and that this amount is included in U1SC’s outstanding $17,300 debt to UMSU.

How Will a Debt Arrangement Scheme (DAS) Affect my Credit Rating?According to U1SC, the debt is slated to be deducted from the council’s organization fees in March, when the first instalment of fees will to be distributed to the U1SC.

“But I believe we could work that out with UMSU to try and split the debt proportionately so we could pay in three instances.”

Kopp suggested that he is amenable to such an arrangement.

“I personally will be working as hard as I can to ensure that they have financing going forward and I hope that UMSU council joins me in that process,” he said.

The U1SC executive also objects to the way in which their motion was handled at UMSU council last week.
Darnell Walker, U1SC president, wrote in a statement that referring the motion to finance committee was inappropriate given the contract provisions of UMSU’s bylaws.

“The chair of UMSU referred the motion to a committee that in accordance with the UMSU bylaws cannot approve of contracts exceeding a maximum value of $15,000,” Walker said in the statement.

“Because the motion deals with an amount three times that, the motion should have remained in the interest of UMSU council as the UMSU bylaws state contracts of any value may be approved by resolution of UMSU council, and therefore would have been within the proper jurisdiction to be consulted on.”

UMSU council quickly became raucous and confused after Walker presented the U1SC emergency motion at the council meeting Jan. 28. Walker said this prevented him from properly explaining the motion to councillors. A motion to vote by secret ballot dominated the discussion for a large portion of the meeting, which lasted over four hours.

“U1SC did not receive the time to clarify the tenets of the motion when an unavailing debate arose to appeal the decision of the chair and vote by way of secret ballot,” Walker said in a statement.

“As elected officials for the University 1 student body, it is our job to advocate in the best interests of our students and to let them be aware of the misappropriation of their finances that have been allocated through an agreement that, to some, would be a gross misrepresentation of their interests.”

Mirecki said that his decision to refer the motion to finance committee was in accordance with UMSU’s governance and operations manual.

“As chair of council, I am granted discretion to allow council to consider an emergency motion that is both time-sensitive and could not have been brought forward at an earlier time. In my opinion, while the motion is time-sensitive, the issue itself has existed for several months,” he said in an email.

“It is a complex issue with serious financial implications for the union that deserves proper consideration and deliberation at finance committee. The majority of council agreed with my decision.”

Correction: The article mistakenly listed Jaron Moen Gun Hart as a signatory of the contract between the U1SC and UMSU. In reality, Hart was not a signing authority for the U1SC and had not signed the contract. We apologize for the error.