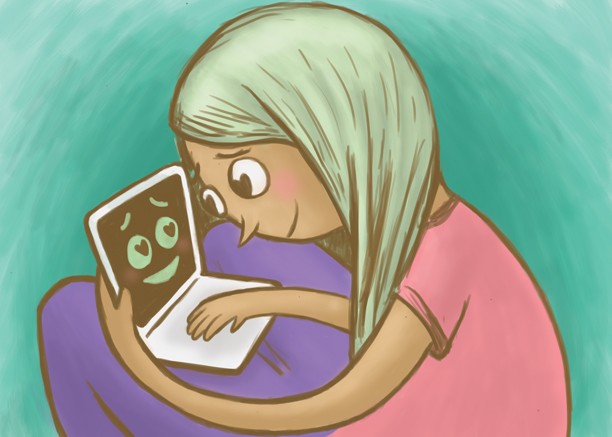 Are we ready to accept sex robots into our everyday lives?

Ready or not, they’re coming. Some experts predict that by 2050 robotic life companions will become as common as smartphones.

As human beings pursue scientific innovation, we collectively look for new ways to fulfil our deepest needs. With technological advances come new ways to go about our everyday lives.

We have reached a relative comfort zone with technology. Artificial intelligence past brief communication, however, is new ground.

Here’s a breakdown of how far we are with mass-marketable robot partners.

One of the leaders in the race to release a robot lover for the masses is Abyss Creations, who are known for their immensely popular realistic sex doll aptly named RealDoll.

RealDoll, which has been in production in California since 1996, is one of the most realistic sex dolls out there. They have skin that feels real, but they also have interchangeable faces, adjustable body temperatures, and are made of platinum silicone. The average RealDoll sells for about US$6,000.

The company is in the process of developing A.I. to supplement RealDoll, led by their creator, Matt McMullen. The project, called Realbotix, is working to create a RealDoll that will be able to realistically blink, open its mouth, and answer your questions.

McMullen and his team also have devices in the works to supplement the experience, such as virtual reality headsets that will work in tandem with the RealDoll.

It won’t come cheap. The head alone (which will be adjustable to fit on interchangeable RealDoll torsos) will set you back about US$10,000. The whole body will cost between US$30,000 and $US60,000.

McMullen estimates that the Realbotix head will be available by 2017.

Americans are not the only people getting in on the companion robot market. The 2015 World Robot Conference in Beijing introduced Geminoid F, an extremely realistic robotic woman.

Geminoid F is a Japanese android that can answer questions, blink, smile, pose for selfies, and even sing. The android is five-foot-six with long black hair and was on display at the World Robot Conference. Geminoid F even has an IMDB profile, and will appear in the Japanese action film Sayonara.

The android’s creator, Hiroshi Ishiguro, calls Geminoid F’s movie role an “an epoch-making event.” Although Geminoid F wasn’t designed to be a sex robot, the reaction to it has definitely been sexualized – many headlines refer to her as “the world’s sexiest robot”.

The uncanny valley is a concept first coined by Japanese robotics professor Masahiro Mori, who hypothesized that any robot that had features that were almost human, but not exactly human, would repulse some people.

The uncanny valley is why many people find dolls creepy and what makes some films unintentionally eerie. The Polar Express, a 2004 animated Christmas movie for kids, notoriously left many people with a feeling of unease. This is because the characters, all computer-animated and strangely dead behind the eyes, dipped straight into the uncanny valley.

Our innate nervousness around certain levels of CGI seems to parallel our advances with the technology. When Pixar screened their computer-animated short Tin Toy in 1988, audience reaction was largely negative due to how realistic the antagonist – a human baby – looked.

Fear of the uncanny valley looms over any realistic robot life companion. This may be what keeps robot companions from becoming a commonplace commodity, mainly because experts know so little about it.

Revulsion due to the uncanny valley differs from person to person. Some people don’t experience it at all, and researchers still only have theories on what causes it and how to overcome it.

Even if humanoid robots managed to push past the uncanny valley, some experts believe that creating robots that have an artificial consciousness but are built specifically for sex is unethical.

One of those experts is Kathleen Richardson, senior research fellow in Robotics at De Montfort University, and co-founder of the Campaign Against Sex Robots (TCASR), who argues that sex robots contribute to the misogyny that’s already prevalent in our society.

“The vision for sex robots is underscored by reference to prostitute-john exchange which relies on recognizing only the needs and wants of the buyers of sex,” TCASR’s website says.

“The sellers of sex are not attributed subjectivity and reduced to a thing (just like the robot).”

Producers of interactive sex dolls, however, disagree. Douglas Hines, an artificial intelligence engineer and the founder of the TrueCompanion sex robot company, says that the dolls are meant as another outlet for human interaction.

“We are not supplanting the wife or trying to replace a girlfriend,” Hines said in an interview with the BBC.

“This is a solution for people who are between relationships or someone who has lost a spouse.”

This being said, it may be important to note that TrueCompanion’s first and only sex robot is named Roxxxy. Yes, with three “x”s.

It’s crucial to remember that all of this aside, human-robot relationships beyond things like physical sex and pre-engineered answers are still a thing of the future. Robot technology and artificial intelligence just aren’t there – yet. So while you might love your Realbotix doll because she laughs at your jokes, that love is one-sided.

But people don’t seem to mind. There have been over 5000 RealDolls sold. In a particularly poignant scene of “Lars and the Real Girl”, a movie about a man who falls in love with a realistic adult doll, the doll is given a bouquet of fake flowers. Lars, delighted, notes that “they’re not real, so they’ll last forever.”

Playing with each other

The future of aerial vehicles