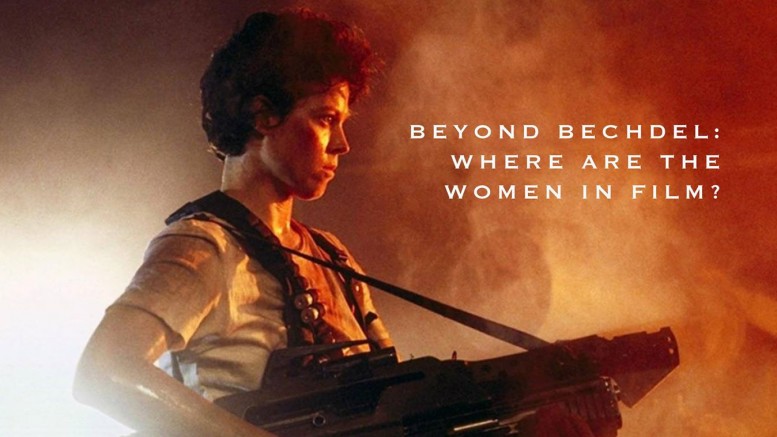 On Feb. 23, the Provincial Council of Women of Manitoba (PCWM) will host a panel discussion at the Park Theatre starting at 7 p.m. titled Beyond Bechdel: Where are the Women in Film? that will attempt to break new ground on the topic of the underrepresentation of women in the film industry.

It’s no easy feat, but event organizer and PCWM president-elect Alexandra Shkandrij feels her four talented panelists and moderator Merit Jensen Carr are more than up to the task.

“What we have in terms of our event is a group of Manitoban filmmakers, and academics, and people who want to speak to some of the issues surrounding the film industry generally,” said Shkandrij.

Merit Jensen Carr, an award-winning producer and president of Merit Motion Pictures, will moderate the panel. For Shkandrij, having a diverse panel was a crucial aspect of the event and necessary to explore the multiple facets of the film industry affected by the underrepresentation of women.

The event’s title references the Bechdel Test – a form of decreeing whether a film contains female character interaction or not – first came to prominence in a comic strip by American cartoonist Alison Bechdel in 1985.

Shkandrij pointed out that last year in Hollywood’s studios, a very large majority of high-profile movie releases (upwards of 90 per cent, according to the Centre for the Study of Women in Television and Film) were directed by men. Not only that, but as Shkandrij also states, “a lot of those men are first-time directors.”

“This has gotten to the point where it’s an actual systemic problem.”

The Canadian film industry is not immune to systemic bias against female directors either, according to Shkandrij.

“When you look at the Canadian version of this, the public sector – so these are films that you and I fund for our tax dollars – 6 per cent of these films are directed by women. So for a government industry to be systemically only funding male directors, I think that is a problem.”

Still, Shkandrij is hopeful that events like Beyond Bechdel will jumpstart more conversations in film studios and in the homes of the public that will bring about positive change. She looks to the controversy surrounding this year’s acting nominations at the Academy Awards as a sign of society’s growing awareness regarding representation in film.

“We’re looking at the Oscars this year, where there’s actually a backlash for not nominating any people of colour. I think that’s a sign that people are more aware, and the same thing is true of women’s roles.”

Overall, it seems that inspiring and empowering the female voice is something that the PCWM hope to accomplish with events like this because, as Shkandrij puts it, “even if a woman writes a film, the same way that even if a woman is in legislature, it doesn’t mean that she will make laws or films that are pro-women, but it will mean that a woman’s voice was heard. And that’s important.”

Tickets to Beyond Bechdel are available for $10 in advance by contacting pcwm@mymts.net, visiting the Park Theatre in person, or by purchasing online at www.ticketfly.com. Following the panel discussion, there will be a screening of the 2015 film Grandma, starring Lily Tomlin and Julia Garner.

The good, the bad, the critic

U of M not alone in housing dispute