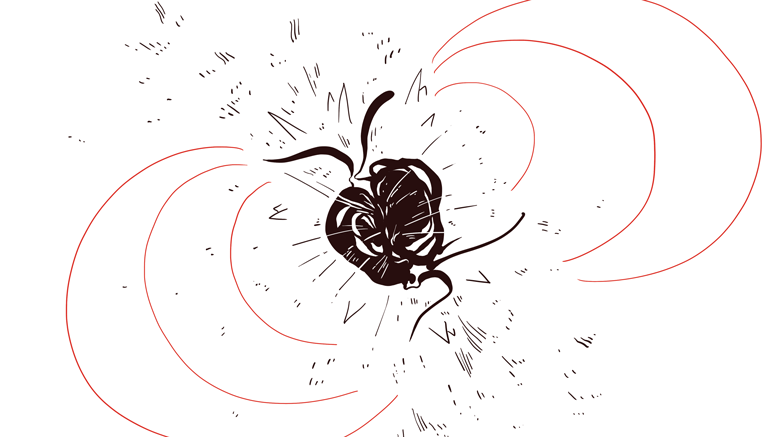 On Feb. 11, researchers from the Laser Interferometer Gravitational Wave Observatory (LIGO) announced in a press conference that they have observed gravitational waves.

The detected gravitational waves were formed by two black holes that collided 1.3 billion years ago. The observation occurred on Sept. 14, 2015.

“The three solar masses unaccounted for were deposited as energy directly into the fabric of the universe, generating the gravitational wave signal LIGO observed in September of 2015,” said Adam Rogers, a post-doctoral fellow in physics and astronomy at the University of Manitoba.

“This event was so titanic that for a brief moment the power in the gravitational wave signal exceeded 50 times the power of all the stars in the universe combined,” said Rogers.

Rogers’s research spans a breadth of phenomena related to gravity, including the nature of neutron stars and the behavior of light as it passes through the gravitational fields of massive objects.

This is huge. Some people believe that this discovery will garner this year’s Nobel Prize in Physics – most Nobel-winning discoveries have a turnaround of at least a couple of years.

Gravitational waves were first conjured in the mind of Albert Einstein as he pieced together his 1916 theory of general relativity. They are ripples in space-time that move at the speed of light.

While gravitational waves are a fundamental part of general relativity, they have never been directly observed until now.

LIGO is comprised of a pair of observatories, in Hanford, Wash. and Livingston, La. The detection lead scientist of the Hanford observatory is University of Manitoba alumnus Michael Landry, who completed his PhD here in 2000.

“LIGO’s detection of gravitational waves from binary black holes is a thrilling result for us, one many decades in the making,” Landry told the Manitoban.

“However the real story here is that in the near future, we will be making regular detections of these objects, that there is a population of binary black holes within our reach. Rich physics and astrophysics will come out of these observations.”

Researchers from MIT and Caltech designed the twin detectors, the operation of which includes more than 1,000 scientists.

The initial LIGO (iLIGO) was temporarily shut down in 2010 for some much-needed upgrades. The advanced LIGO (aLIGO) reopened in September 2015 with expanded abilities worthy of its new name. aLIGO outcompetes its predecessor in a number of areas.

While the iLIGO was able to observe phenomena happening 15 million parsecs awaydespite what Han Solo might say, a parsec is a unit of measurement, not time, equivalent to about 31 trillion km) aLIGO can reach as far as 300 million parsecs.

This increased range allows aLIGO to detect up to 3,000 times more events than the iLIGO. The gravitational waves were so quiet that iLIGO would not have been sensitive enough to detect them.

Light isn’t affected by the compression and expansion caused by gravitational waves, so laser beams are the perfect yardstick for this sort of experiment.

This produces a sound called a “chirp.”

Rumours began circulating in the beginning of January that LIGO had finally observed the elusive gravitational waves.

Some individuals worried that these rumours would turn out to be another false alarm.

Every so often, a few covert LIGO scientists will plant fake measurements that look like real gravitational waves. Like a fire drill, these so-called ‘blind injections’ ensure that the LIGO researchers are ready to go when real observations are measured.

What gravitational waves mean for the field of physics

In the press conference, LIGO researchers presented the actual chirp of the observed gravitational waves.

The existence of gravitational waves has been inferred by studies done in the 1970s by Nobel Prize laureates Russell Hulse and Joseph Taylor. They found that when two neutron stars orbit around each other, they lose the same amount of energy from their motion as the amount found in emitted gravitational waves, as predicted by general relativity.

By characterizing gravitational waves and observing them more consistently, researchers will be able to use them to probe into the early events of our universe, looking further back than is possible using light.

“However now the really exciting discoveries start – we’ll observe phenomena for which theoretical models do not yet exist.”

In December of last year, the European Space Agency launched the LISA Pathfinder, a proof-of-principle experiment to see the potential use of LIGO-like detection methods in space with interferometers. Space is a lot less noisy than the Earth is, which may result in easier detections.

If the results of LISA Pathfinder experiments look promising, then the European Space Agency will begin the process of preparing the eLISA project for a projected 2034 launch. The eLISA project would use an interferometer with arms around one million kilometres long.