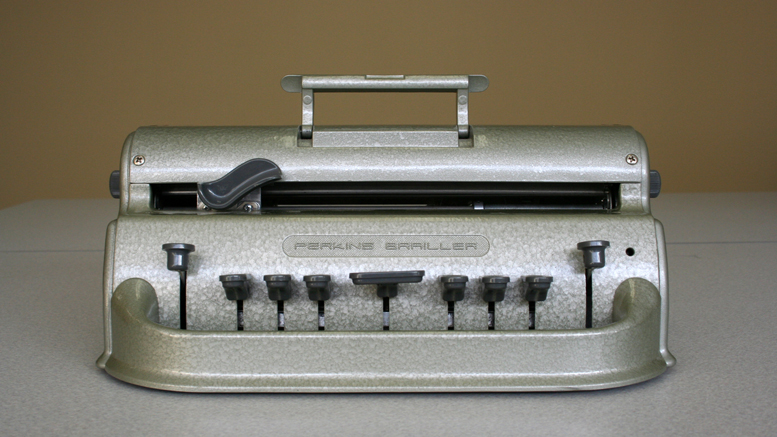 After 10 years in the making, the University of Manitoba’s Assistive Technology Lab officially opened on Feb. 4. The lab’s development was funded by the Students First Project, the university IT advisory committee, student affairs, the campus planning office, and the office of the vice-president administration.

Outfitted with height-adjustable tables, wide workstations, a tutorial room, and several computers equipped with digital accessibility programs, the Assistive Technology (AT) Lab will help serve the 2,000 students at the U of M who have identified accessibility requirements.

The AT Lab also accommodates alternative formatting needs, such as e-text or braille, and provides resources for sign language interpreters.

“Once we knew the funding was there, we started drawing up plans and talking about what exactly it was going to look like, coming up with quotes, and working with physical plant to make sure that we could get it how we wanted. And I’m working with students pretty much everyday to know what they’re actually going to benefit from.”

The need for an AT Lab springs, ironically, from the inaccessibility of the digital accessibility programs on the market. Kurzweil 3000 – the most common text-to-speech program – is sold for approximately US$1,400. If students require multiple programs and do not qualify for funding, these programs quickly become out of reach. While this is the primary reasoning behind the lab, Buhse hopes that students with their own devices will also use the space.

“I just want to see it used lots. I want to see lots of students in here utilizing the desks and the computers, and really getting to know the programs better, and just succeeding. The programs aren’t there to be an advantage over other students who don’t get the programs, but rather they are to remove the barriers that are preventing students from succeeding in school,” said Buhse.

Buhse says there has been a major push for improving accessibility as a result of the Accessibility for Manitobans Act, which passed on Dec. 5, 2013. Under this legislation, the Manitoba government created mandatory accessibility standards that apply to both private and public sectors. Each standard is designed to address barriers for Manitobans living with disabilities in key areas of daily life.

“In the last five or six years, this field has really changed a lot and I think that in the next five or six years, it’s going to change just as much. With the Accessibility for Manitobans Act, which came into legislation in December of 2013, there’s a big push for accessibility as a whole. Within the Act, there are sort of five main sections that are being rolled out. The third one, which isn’t ‘out’ yet, is information and communication, and that is what really affects what I do the most,” said Buhse.

“And the university, I can tell, is already starting to put a big emphasis on digital accessibility, and that’s sort of my area of expertise. Just in terms of making sure all documents that are being posted on the website are accessible, and educating the university community on how to do that. That’s where I see the most growth.”

When Buhse first started working at Student Accessibility Services, he says that assistive technology and alternate format textbooks comprised approximately 10 per cent of his job, but he was still considered the assistive technologist. Now, thanks to increased funding and resources, he is able to focus on digital accessibility full-time.

“With my job, I’m hoping to see it grow further, to have additional staff to help me out with the work I do so that we can better serve students, but also I would like to see us work with the university community as a whole to really champion for digital accessibility – in terms of training faculty and staff on universal design principles and not just showing or explaining how to make an accessible document, but explaining why that’s important and the effects that it has on people,” Buhse said.

“The whole environment surrounding what the technology is used with is where there is going to be a lot of change. And the university is showing that they are going to be a leader in accessibility, and I’m happy to be a part of it.”

President of Beyond Abilities, Alan Bridgeman, is happy to see the project completed, adding that it is great to have an assistive technologist available on campus. While he believes the lab is a welcome advancement, allowing students with disabilities to access expensive, sometimes inconvient equipment, he also knows there is more to be done to improve accessibility on campus.

“I think this is a large step in the right direction for accessibility on campus, but isn’t the only step that can be taken.”

Questioning the longevity of our spaces