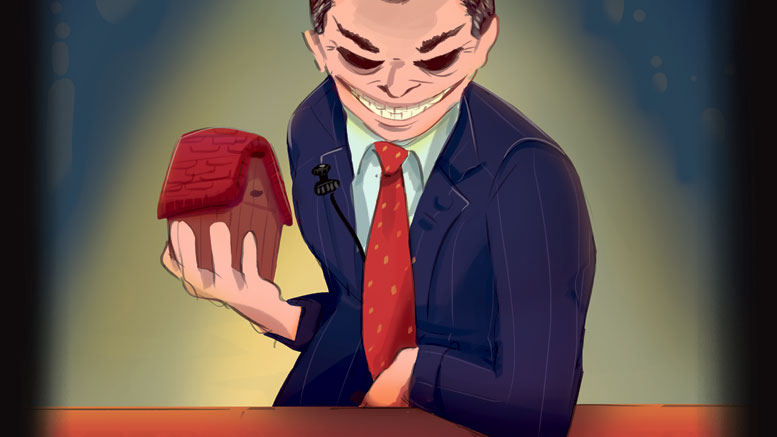 Brian Bowman is 14 months into a job that he put himself forward as best candidate for. He was elected based not on demonstrated service to our city, but based on the kind of service he promised for the future. Simply put, Bowman was elected because he convinced the majority of voters that he was a leader.

The city does not need a mayor to continue functioning – it has a bloated bureaucracy and self-satisfied council for that. The streets will be cleared, the potholes filled, without any notable input from the mayors’ office. The mayor must be expected to do more than sign the paperwork by which the snow-clearers and pothole-fillers are paid. The mayor should be expected to provide leadership.

In a recent year-end interview with the Winnipeg Free Press, Bowman’s answer to multiple questions concerning his plans for this city’s future were that he wanted to “consult” and have a “conversation” with the people of Winnipeg. In fact, you could watch the entire interview and come away with the impression that Bowman is an average citizen who is not particularly enthused about or interested in the future of this city.

So absent is anything approaching leadership and vision from the interview that Bowman’s answer to the question “Do you personally favour that?” (regarding growth development charges on urban sprawl) begins with “I want to hear from Winnipeggers,” and ends with “How we do that is something we are having the conversation with Winnipeggers, and I expect to have a lot more to say in the new year on that.”

The two sentences bookended by those sweet, sweet nothings run: “I do recognize, as I’ve often said, that our growth needs to be sustainable and it needs to pay for itself. We shouldn’t be burdening existing homeowners disproportionately.” That is not so much an opinion or a vision as it is the received dogma of city planners, as it has existed unchanged for decades.

More distressing than Bowman’s unwillingness to do more than say that he agrees with the standard professional opinion (the fallback of people who have themselves no opinion) is the seeming suggestion that he would act counter to the wisdom of the professional opinion. If the trained professionals say one thing, but the masses of Winnipeg say another, and your manner of leading relies solely on consulting the masses, well – what else is consultation for, but justifying the fallback to the lowest common denominator?

When asked about the future of the Public Safety Building and adjacent parkade, Bowman said that “What we will be doing in the new year is leveraging our new office of public engagement to really ask Winnipeggers for their input.” Bowman says he believes that “there is an opportunity to ensure that space continues to be used for a public good.”

The site occupied by the Public Safety Building was given to the city in 1875, on the condition that it be devoted to “public use.” Anything else and its ownership will revert to the descendants of the original donors. The land being used for the public good is not an “opportunity,” but a legal requirement if the city wishes to retain ownership of one of the desirable plots of land in the city.

The site is also one of the most valuable in the city. In prominence of location (immediately off Old Market Square, and fast by City Hall), it has few challengers. It is located in the Exchange District – our premier cultural and historic district, which we are ever eager to present to visitors as the crown of our city.

For our elected head – the standard-bearer of any collective vision we might possess – to suggest that the fate of such a parcel should fall to public consultation is as far from leadership as Limbo is from Heaven. The fate of this plot is a matter best decided by trained and skilled professionals – and the best we can collectively afford, at that.

I do not think it is too much to ask that the mayor of my city should possess a clearer vision – and more leadership skills to effect such a vision – than drunken youths (read: my friends and I, or you and yours) could muster on a Friday night.

More notable than Bowman’s desire for perennial consultation is the predicated assumption that such consultation will result only in a unified chorus of “fix the potholes and balance the budget!” Bowman’s style and method of leadership is based on the assumption that the people are easily assuaged; this does not mesh well with the Winnipeg I know and love.

On a Friday evening, my friends and I can talk about densification, urban growth boundaries, urban agriculture, bicycle sharing programs, progressive tax structures to encourage land ownership, just settlement of aboriginal land claims. We wax poetic about the future of the city that we love, a city that was the “Bullseye of the Dominion” this century past; no glory is too haughty for it a century hence if we judiciously lay the foundations now. If the office of mayor were tied to vision, there are many people who should hold office before ever it fell to Bowman. As it stands, we have a mayor who has failed to demonstrate, once elected, evidence of qualifications suitable for his high office. Even in a softball interview, Bowman cannot summon vision or leadership enough to save his reputation.

Bowman is known for bringing a personal energy to his office, which is a welcome change from his predecessor. It is unfortunate that he has not come close to surpassing Sam Katz in other aspects of his job. A completed rapid transit system is a far more laudable vision for our city than a waterpark; unfortunately, Katz did more to bring us a waterpark than Bowman has so far to bring us rapid transit.

The coming years will be hard, and formative to our collective future. Many challenges will rise to face us, and we will have need of visionary leadership. It’s a pity we have none in sight.