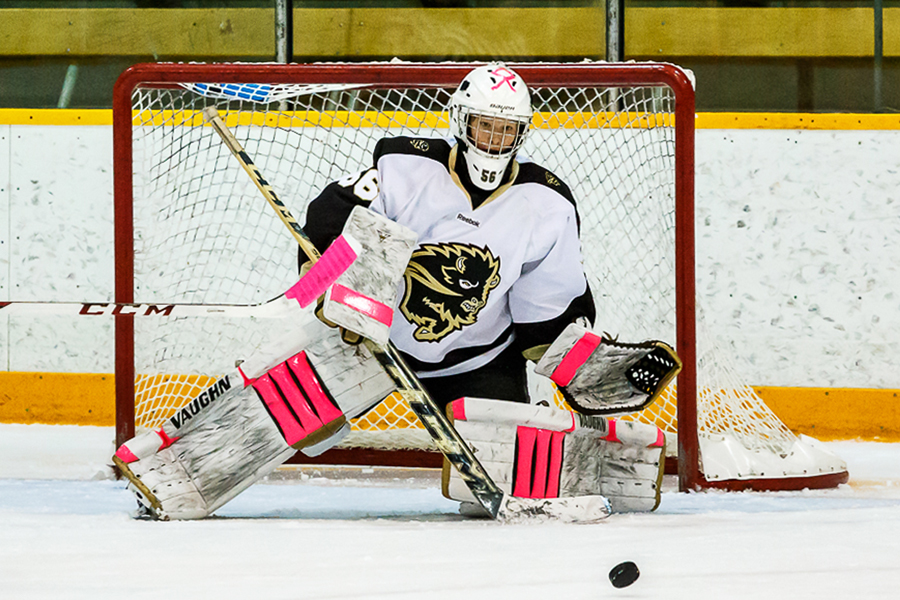 After dropping the opening weekend set of 2016 without scoring a goal, the University of Manitoba Bisons women’s hockey team broke their cold spell at Mount Royal on Friday afternoon. In a relentless display at the expense of the Cougars, the herd managed a 4-1 win – their first victory against Mount Royal this season.

Both sides played to a scoreless opening period, the fourth scoreless frame between the two so far this season.

Mount Royal grabbed an early second period lead when freshman Talia Terry scored her second goal of the season. The goal came just 1:46 into the frame with Bisons goalie Rachel Dyck giving up a juicy rebound.

However, the Bisons didn’t let up and seized a powerplay opportunity less than four minutes later to level the score. Lauryn Keen’s deflection on Caitlyn Fyten’s point shot eluded goalie Jess Ross for her second goal on the campaign.

Manitoba used their momentum after the second intermission and opened the third period in ruthless fashion. Just 23 seconds in, Ross fumbled a shot that landed between her pads and defenceman Lindsay Blight beat her to the loose puck to put the Bisons ahead.

A 4-on-3 powerplay for the Cougars swayed the way of the herd when Alexandra Anderson managed a shorthanded marker for her first goal of the season.

The Bisons then took Mount Royal to the point of no return as Karissa Kirkup tallied an empty netter for the 4-1 victory.

Despite giving up a rebound which gifted the Cougars the game’s opening goal, Dyck held her ground firmly and turned away 26 shots. At the other end of the ice, Ross – who tallied a shutout in the first meeting of the season between the two teams – experienced a busy night with 29 saves on 32 shots.

Manitoba and Mount Royal cap off the series on Saturday at 4pm, before the Bisons return home to host the Lethbridge Pronghorns next weekend.

Canadian hockey robot is in the finals