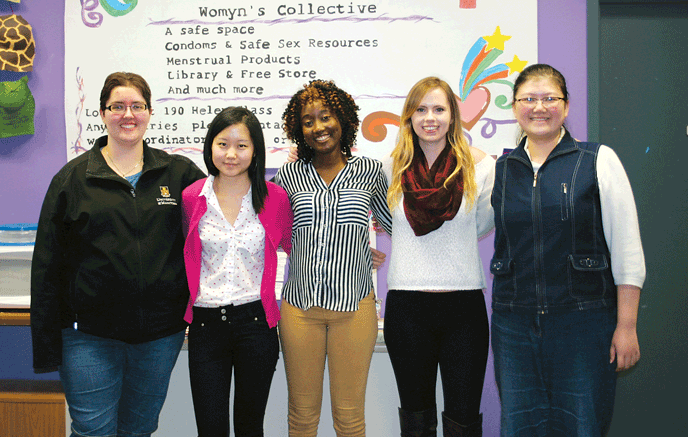 The University of Manitoba Womyn’s Centre is offering free self-defence classes for women on campus.

The workshop series teaches participants Wen-Do – a self-defence technique based on the classical martial arts. Wen-Do, meaning “the women way,” was established in the late 1960s after the violent murder of New York resident Kitty Genovese.

Genovese was attacked three separate times by the same perpetrator. She escaped each of his attempts but only made it to her apartment lobby, where she eventually died as a result of her injuries. The alarming part of this infamous attack – apart from the murder itself – is the 38 individuals who witnessed the murder and did nothing.

“A situation like that is super scary, people think that someone else is going to call the police or step in, but no one else did […] It’s experiences like that that make it so scary, and I think that’s why learning self-defence is so important,” said Womyn’s Centre co-ordinator Taylor Byrnes.

Ned and Anne Paige, married martial arts experts living in Toronto at the time of Genovese’s murder, caught wind of the attack and established Wen-Do – a self-defence technique to be taught by women to women – using their extensive knowledge of martial arts.

“It’s a service made for women, by women, and it’s taught in a safe space,” said Byrnes. “There’s been three sessions so far and I love it.”

Each session is divided into halves. The first half focuses on theory and ideology and the second is spent learning and executing the moves. The theory component of the class varies from talking about the bystander effect, to the legal implication of defending oneself, and the sociology of women’s behaviour.

“We cover something different in each class,” explained Byrnes. “She’ll go through a lot of socialization aspects of growing up as a woman in our Canadian society. In the last class, she talked about how women are raised to behave.”

“Women, I feel, are taught to be more passive – we’re meant to be polite and kind and nurturing. So when we encompass all of those behaviours, it affects how we use our body. We’re expected to be dainty and fragile.”

Dainty and fragile will not work when defending oneself from an attacker, however. Wen-Do teaches the participants techniques to make the most out of their strength, including how to escape a surprise attack and how to throw an effective punch.

“[The facilitator] really stresses that when you’re in a situation like this, it’s not the amount of punches you throw or the amount of kicks you do, it’s how well you land them,” said Byrnes. “You want to do enough damage so you can get away.”

These techniques are designed to be easy to learn and easy to implement. After taking the course, the participants are able to better avoid dangerous situations or escape them before anything serious occurs.

But the scope of the course goes beyond that. For Byrnes, and the other participants, the workshop series is about more than learning self-defence – it is about empowering women to be in control of their day-to-day lives.

“It’s a way for women to feel powerful, feel independent, and like they can control their lives,” said Byrnes. “I know that a lot of women who use the Womyn’s Centre as well have faced violent situations. I think it’s very valuable.”

“I’ve played sports and I guess I consider myself athletic. But I think this is the first time in my life where I truly felt powerful and in control. It was very empowering to be in this class. I feel like women are taught to use our bodies in more passive ways, and we’re not really taught to defend ourselves. I think it’s a really great experience for all women.”