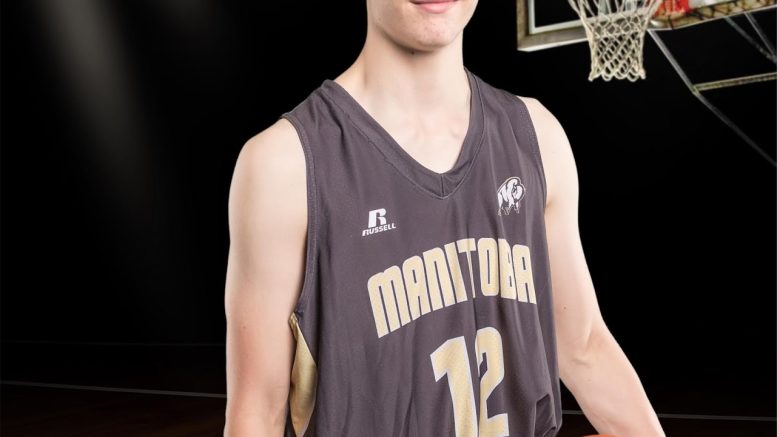 he University of Manitoba Bisons suffered an early playoff exit in the 2021-22 season. After the early end to their season, the coaching staff quickly made adjustments for next year.

The Bisons announced it has signed Simon Hildebrandt for the 2022-23 season.

Hildebrandt is a six-foot-nine forward who was born in Winnipeg. He has decided to bring his talents to the U of M and play in front of friends and family.

Hildebrandt is very excited to join the Bisons and said he was impressed by the team’s facilities and their performance last season.

“The Bisons were extremely impressive to me,” he said.

“I made my visit to the team and was immediately impressed. The facilities are great and the team is in a good place to win. I’m very excited to join the team.”

The Bisons are a team that work hard and never give up when it counts. The team finished the 2021-22 season with an 8-9 record, playing in a lot of tight games. Hildebrandt believes his competitive drive can push the herd over the hump.

“I think the biggest thing that [Bison] fans should know about me is that I am an extremely hard worker,” Hildebrandt said.

“I will never quit on a play and will do whatever it takes to help my team win the game. I am a true competitor.”

Hildebrandt said he intends to make full use of his large physique in his play.

“I think the biggest [part] of my game is my size,” Hildebrandt said.

“I am very tall and can shoot the ball well for a big man. I am quick up and down the court and put pressure on the opposition offensively and defensively.”

A forward of his size could be a deadly combination for the squad for years to come.

The team had an impressive season but did not fully realize its potential. A championship is always the top priority and Hildebrandt aims to achieve that with the herd.

“I am extremely excited to help the Bisons take the next step next year,” Hildebrandt said.

“The team did well this year and I am sure that I can use my talents and dedication to help them even more. Even if I don’t play much the first year, my presence in the locker room as a leader can help them out.”

By doing this, Hildebrandt can hope to bring a championship to the team and Bison fans.

“I have many goals when it comes to my university career,” Hildebrandt said.