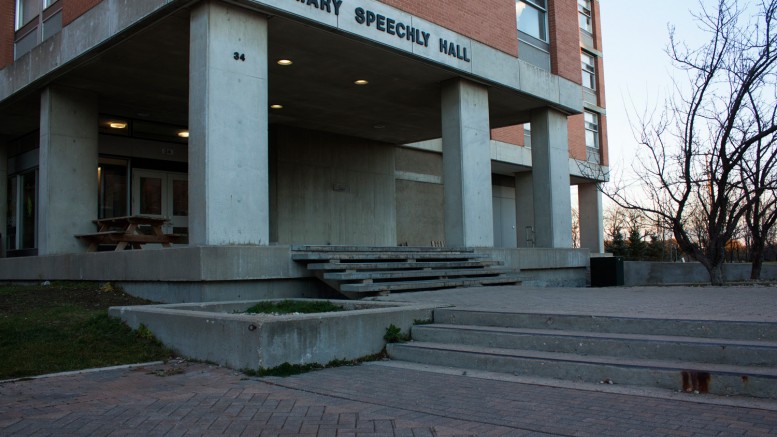 University of Manitoba student residents are mourning the sudden death of a first-year student living in residence at Mary Speechly Hall.

Govment Iheanetu, an international student living in the residence, was found dead there on Oct. 17.

Foul play is not suspected. However, the investigation remains open pending toxicology reports, which could take months, according to Terry Kolbuck, a media relations assistant for the Winnipeg Police Service.

“Obviously, people are still very cautious of the situation,” he said. “It’s still not well spoken [of]. No one really likes to talk about it.”

The university made a student case manager immediately available for students and residence staff on-site and offered critical incident stress debriefing the Monday following the incident. Individual counselling is also being arranged for any U of M students who request it.

“The residence life crew did a great job of handling the entire building, floor to floor, making sure everyone is okay and offering lots of services,” said Moffatt. “It’s a very safe environment here.”

“It looks like the morale is getting a little better now,” he added. “Obviously, there’s still a certain shock and people [are] still coping but it’s hard to say [how residents are doing].”

John Danakas, the university’s executive director of public affairs, said a memorial service is being organized with friends and co-residents, adding that it’s a “very trying period dealing with the loss of one of our community members.”

“It’s very important to convey the university community’s sincerest condolences, [with] thoughts and prayers extended to the family and friends of Mr. Iheanetu,” he said.

The president of the University of Manitoba Students’ Union, Jeremiah Kopp, said no students have approached the union regarding the tragedy, but the school is keeping the organization in the loop on services being made available.

“What happened was extremely tragic and unfortunate and, of course, our deepest sympathies go out to the friends and family of the deceased,” he said.