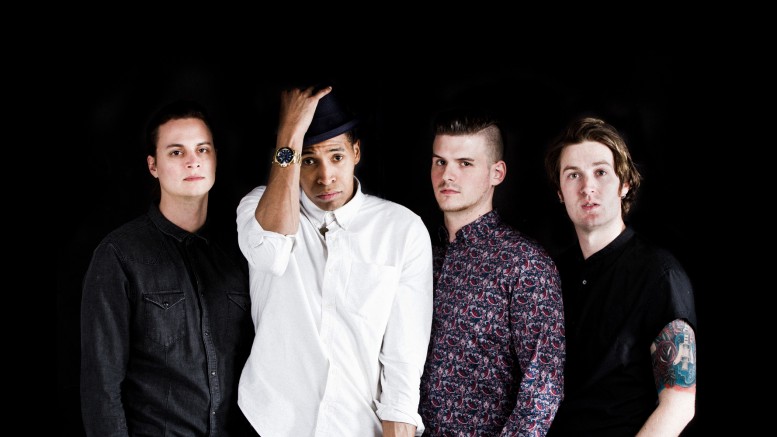 Dynamic and entertaining local rock quartet the Noble Thiefs are on the final stretch to releasing their sophomore album It’s Tough to be the Bad Guy at the West End Cultural Centre on Saturday, Nov. 14.

Lodewyks said the band has prepared a show that is unlike the many they have played before, both across the city and country.

“We had a ton of fun recording this album, and did it with an extended cast of great musicians. We’re going to relive that live and on stage […] We’ll have a cast of nine members playing the album in its entirety, as well as some old favourites,” Lodewyks told the Manitoban.

The Noble Thiefs were a band bred from necessity. Conceived by a group of musicians desperate for an outlet in the cold Winnipeg winters, their music slowly evolved.

This evolution was all done with the intention of getting their audience to dance, which Lodewyks stated is “a requirement for a band of any calibre if you want to get your point across.”

Since then, Lodewyks said the band has developed a way to entertain audiences while fulfilling this requirement and developing a unique identity.

“First we played ska, then reggae, then soul. Now we’ve developed our own hybrid that sets us apart. A blend of rock and roll and soul whose influences span the past seven decades.”

It’s been four years since the band released their first album, Beyond the 11th Deck, and it has taken copious amounts of time and effort to make sure that the new album they produced emphasized the extent of their ability.

“This process was much more intense than any of us had gone through. Having [local record label] Pipe & Hat involved made all the difference. There’s a certain standard of excellence demanded from being a part of something like that, so we had a lot of pressure to deliver our best,” said Lodewyks.

With the guidance of producer Mike Nash from Montreal and engineer Jordan Waters, the band transformed the way they write and record their music for It’s Tough to be the Bad Guy.

“We learned to look at the essence of our songs and how they could be most effective,” Johannes elaborated.

“It took us two years to write the songs, one year to break them down, and one year to build them back up into the songs you’ll hear on It’s Tough to be the Bad Guy.”

The Noble Thiefs have a very strong and confident persona which comes across in their performances. They’re animated, over the top, and extremely entertaining.

“In our song ‘Give ’em Hell,’ you’ll hear Myron spit ‘it’s tough to be the bad guy, but I think I will,’” said Johannes.

“Our album’s name It’s Tough to be the Bad Guy is indicative of our ethos. Sometimes the best thing to do in a situation is not always the right thing to do.”

Mise en Scene, a local indie rock group and label-mates to the Noble Thiefs, is set to warm up the crowd.

“These guys are like our brothers, and we couldn’t be more proud of them for this amazing release. The show is going to be fantastic and the album will definitely not disappoint,” Mise en Scene told the Manitoban.

The album release will be the Noble Thiefs’ last show before they leave the country, so be sure to grab a copy of their album to keep their spirit warm in Winnipeg.

Tickets for the Noble Thiefs’ album release show are $20 in advance, $25 at the door. Tickets can be purchased online via www.ticketfly.com and in person at Music Traders, the Winnipeg Folk Festival Music Store, and the West End Cultural Centre.

Correction: The original version of the article’s subhead listed the date for the album release as Nov. 5 rather than Nov. 14. Additionally, quotes were mistakenly attributed to Joel Armstrong instead of Johannes Lodewyks, who actually provided them.