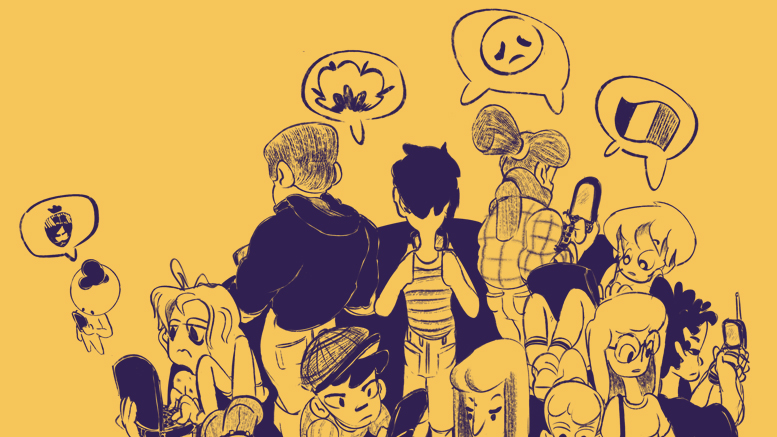 Blue, white, and red. Over the last week my Facebook feed has been filled with profile pictures tinted in those colours.

It’s not only the images, though; everyone seems to have something they want to say to address the tragedy in Paris in which 130 people were killed by ISIS terrorists. Roughly half of the commentary I’ve seen through social media appears to be outpourings of sympathy towards the people of France and frustration about the violence that was done to them.

The other half – particularly in the first days after the attack – was largely directed at pointing out the discrepancy between how we react to death and tragedy we see in the wealthy, predominantly white Western countries when compared to the rest of the world. As many people are pointing out, we weren’t given a preset option to tint our profile pictures with the red and white stripes and green cedar tree of the Lebanese flag after the recent attack in Beirut.

The second group makes an astute point. There is a major difference in how we react to this information. However, as you might guess it’s not done out of malice. It’s not a conscious effort to disregard the suffering of people whose lives are perhaps slightly further removed from ours.

For most people the difference in reaction represents a lack of awareness of what’s happening in these countries. Certainly the media hasn’t covered the attack in Beirut, where dozens of people were killed the day before the attack in Paris, nor the natural disasters that recently took place in Japan and Mexico, to the same degree.

A deep-seated institutional racism also plays a part in ensuring we react more emphatically to the death of white people, but this too is reinforced by expectations created through the media, and is something that can be overcome.

People who care about recognizing and preventing the death and suffering of people outside of wealthy, predominantly white, Western countries can and should take this time of mourning to bring attention to tragedies that haven’t received media attention or recognition from the public at large. Unfortunately, the approach I often see taken is both obnoxious and insensitive.

There’s an attempt to guilt people for not having shown empathy for other countries’ suffering. Whether they meant it as such or not, I see people making comments that diminish the suffering of people in Paris, even blaming the French people for instigating ISIS – comments that show an amazing lack of tact for anyone trying to win people over.

Winnipeg has a sizable French community, largely centred and historically rooted in Saint-Boniface. This community has strong connections to both Québec and France through family and a shared history, language, and culture. When the Charlie Hebdo shooting occurred I saw a sincere and deeply personal outpouring of emotion. When the Lac-Mégantic rail disaster occurred I knew people in the Franco-Manitoban community who were affected directly, having family and friends in Lac-Mégantic. The Cathédrale de Saint-Boniface played host to a vigil after the tragedy; the community’s pain was real and tangible.

The guilt-trippers who are claiming a greater insight into the fundamentals of how society works show an ironic and alarming lack of understanding of influences on individual behaviour when they use shame and a holier-than-thou rhetoric to try to win over people in mourning.

The people who have voiced their concern and support for Parisians have demonstrated compassion for others; if anyone wants them to widen their circle of empathy it will come about through respectful dialogue and recognition of that group’s sincere and legitimate pain.

Things are good, but they could be better

One nation under Trump: what are the implications for Canada?