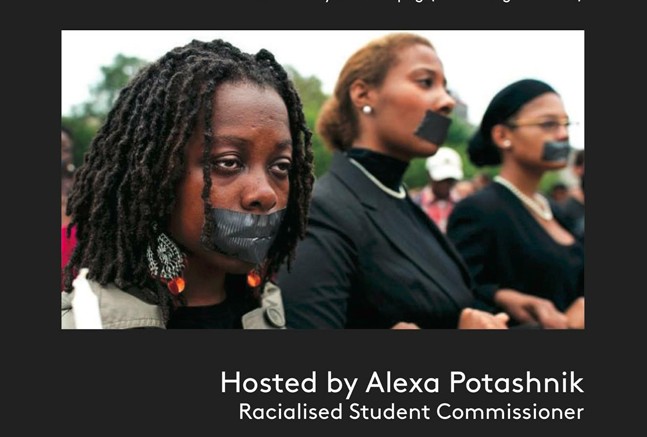 The University of Winnipeg Students’ Association and the Canadian Federation of Students, in coordination with their Consent is Mandatory campaign, will be hosting a panel discussion in the U of W’s Eckhardt-Gramatté Hall on Nov. 30. The focus of the discussion, titled “Sexualizing the ‘Disposable’ Woman,” is the intersectional systemic oppression of women. That is, a woman with more than one marginalizing characteristic such as age, race, religion, class, sexual orientation, etc. will face a crossover of different types of discriminatory behaviour.

The event is intended to create an open and safe space to discuss the issues surrounding consent culture with several of the powerful women that Winnipeg has to offer.

Topics of discussion include the history behind marginalized women’s susceptibility to violence, misogyny and patriarchy, slut shaming, and sexualisation of women’s bodies, with the goal of normalizing consent culture – which can be defined as “a culture in which asking for consent is normalized and condoned in popular culture.”

A widespread consent culture in which everyone participates will eliminate the awkward and uncomfortable feelings that surround asking before you start and stopping when you are told to stop.

Social worker and Style & Soul podcast host Adeline Bird, a first-timer to panel discussions, was approached about participating because of her attention to social issues, life experiences, and her ability to conduct positive and meaningful conversations.

We asked Bird what the event’s title means to her.

“To me, the phrase means the continuous disregard and disrespect towards women who are marginalized by things like race, class, and gender, and because of it are more susceptible to experience violence,” Bird told the Manitoban.

“This violence is perpetuated through media that creates ideologies about marginalized women, such as [the idea that] women of colour are ‘exotic,’ and because of this are objectified. Or because a women comes from a certain social class, if she ends up missing or murdered no one will care anyway. Particularly when it comes to prostitution, there is this idea that that’s all women in the sex trade are prostitutes and there is no regard to the fact that they are someone’s loved one.”

For more information, look up the “Sexualizing the ‘Disposable’ Woman” event on Facebook.

Bison Football gets their man

Rise of the Winnipeg food trucks

Traveling is good for you