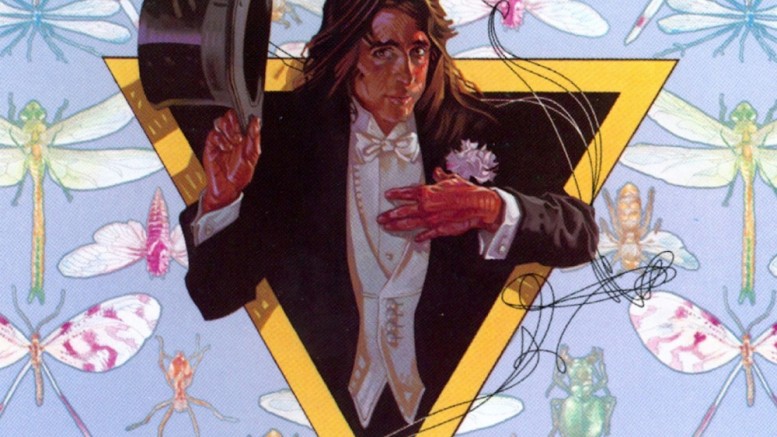 Halloween and the days approaching it are a time when many look to temporarily embrace the macabre.

Music and the feelings it is capable of evoking can help with this to a great extent. It is with this objective in mind that I would like to share some albums that I feel best showcase the dreary, the depressing, and the downright creepy.

Welcome to my Nightmare

Let’s start with a classic. Released in 1975, Welcome to my Nightmare is a concept album loosely based on the childhood nightmares of a fictional character created by Cooper. This album is perfect Halloween listening. It’s not particularly heavy or ominous, but has all the elements of a corny classic horror film with a soundtrack more reminiscent of Rocky Horror than the heavy metal Cooper is known for producing.

The album’s bombastic Broadway-meets-hard rock musical stylings are contrasted by dark lyrical content spanning a variety of horror movie mainstays. “Some Folks” is a swinging, piano-driven song about a repressed inclination to murder and bloodshed awakening in ordinary blue-collar folk. The most upbeat and typically hard rock song on the album, “Cold Ethyl,” concerns a man’s ill-fated love affair with a corpse.

“Devil’s Food” and “Black Widow” tell one continuous story about the rise of a sentient race of spiders that humanity will fall to and worship, with featured guest Vincent Price delivering a perfectly clichéd monologue. It’s a testament to Price’s vocal and theatrical prowess that, in spite of the B-movie subject matter, the songs retain a very unsettling, disturbing atmosphere.

This atmosphere reaches its apex in a trio of songs: “Years Ago,” “Steven,” and “The Awakening.” The music trades theatrical fanfare for eerie, minor-key melodies carried mostly by piano and a string section. The lyrical subject has turned to Cooper’s fictional character, Steven, who is now fully grown and a full-fledged serial killer, but with his child self’s voice still whispering in his head.

Alice Cooper himself is the perfect vocalist to fit his lyrical content. He tackles songs such as “Some Folks” and “Cold Ethyl” with a warped sense of humor, but adopts a frighteningly sombre tone for “Years Ago” and the tracks that follow. For this trio of songs, Cooper’s choice to primarily sing in a child’s sing-song falsetto and using an infantile dialect takes them to a level of unnerving comparable to, well, most horror films that feature children.

Sometimes the circumstances behind an album’s creation bear just as dark a tone as the album itself. In 1994, Pantera’s lead vocalist Phil Anselmo was embroiled a heavy drug problem. He had, according to his bandmates, been behaving strangely and distancing himself from the group, going so far as to record all vocals for The Great Southern Trendkill in New Orleans while the remainder of the band worked in Dallas.

The morbidity of this album lies in the sheer volume of unadulterated hatred put forth by every single aspect of it. The music is crushingly heavy and barely controlled, switching from a punishing wall of noise to dragging, rhythmic thumping at a moment’s notice. Anselmo’s vitriol reaches alarming levels throughout the album, his tortured screams carrying songs about drug abuse, suicide, and more drug abuse.

It’s lines like “Would you look at me now?/Can you tell I’m a man with these scars on my wrists/to prove I’ll try again?” and “Drop the needle and stop what you’re changing into/Erase the end dissolving, disgrace is needed more” that may underscore what Anselmo was going through at the time and inspired such themes.

Those looking for creepy music on the heavy end of both the lyrical and musical spectrum ought to take note of this one. It’s an extremely powerful and emotional listen, with the added bonus of likely scaring you away from hard drugs forever.

Transylvania 90210: Songs of Death, Dying, and the Dead

At the risk of coming across as oxymoronic, this last pick will make for some great morbid party music. Transylvania 90210 falls squarely into the Misfits-inspired “horror punk” genre, combining upbeat punk rock music with lyrics that draw distinct similarities between this album, The Addams Family, and classic horror B-movies along the lines of Night of the Living Dead.

The music is a fairly basic pop-punk/hard rock affair reminiscent of Andrew W.K. or Jimmy Eat World. Somehow, this musical backdrop works incredibly well with lyrics that handle horror tropes such as cemeteries, ghosts, zombies, and Dracula with a tongue-in-cheek enthusiasm.

Once again, this album’s vocalist is perfectly suited to the material. Vocalist and bandleader Wednesday 13 brings his parodic horror lyrics to life with his charismatic, raspy bark and completes an album perfect to keep the energy up and set the atmosphere at any Halloween rager.

Pulling words out of Thin Air