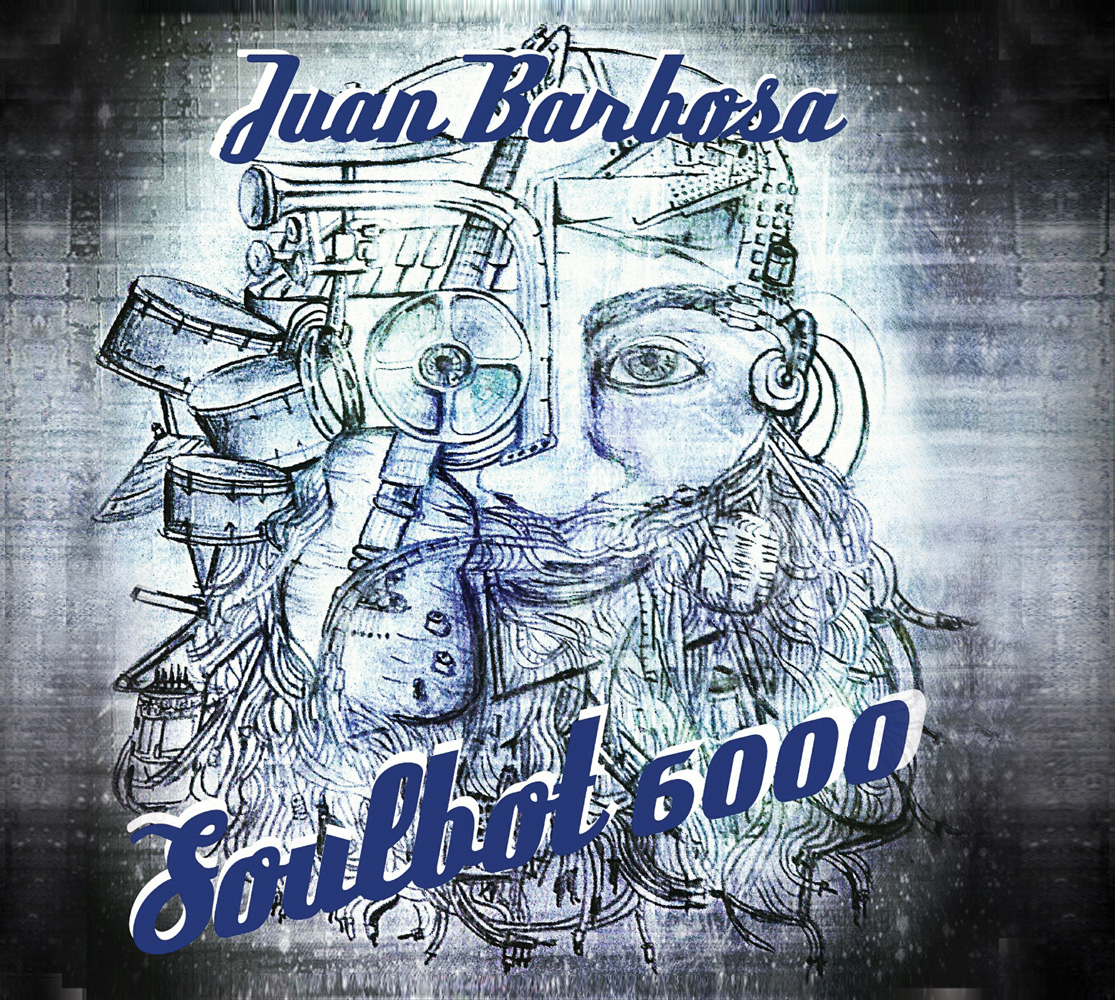 A title like Soulbot 6000 immediately makes singer/songwriter/multi-instrumentalist Juan Barbosa’s latest solo offering stand out as a potentially intriguing and enigmatic listen. Soulbot 6000 is something of a concept album, loosely based around the titular character, a robot sent back in time to the 1970s to “absorb the soul into his funk matrix,” thus improving the music of the future.

Wacky concept aside, Barbosa’s new album is actually pretty straightforward. If you like hard-hitting, bluesy rock and roll along the lines of George Thorogood, ZZ Top, or The Black Crowes with some Rage Against the Machine-esque guitar theatrics thrown on top for good measure, then Soulbot is the album for you.

Vocally, Barbosa sticks to a tough-as-nails blues growl, which suits the music and his dark and raspy voice just fine. However, he could have showcased his upper register a bit more because, as “Got To Get it Back” proves, it’s just as powerful and a little less monotonous.

Aside from a passing reference to the album’s theme (which I wish Barbosa had stuck with a little more), the lyrical content mostly concerns itself with the funk, the soul, and just how much Barbosa enjoys both. The lyrics overflow with positivity and bravado, and suit the bombastic music perfectly.

At 18 tracks, Soulbot 6000 feels a little over-long, but remains a fun, rockin’ listen. Crack a cold one, fire up the grill, and turn this one up real loud.

Do you or your band have a new record out? Send all digital submissions/review requests to arts@themanitoban.com.