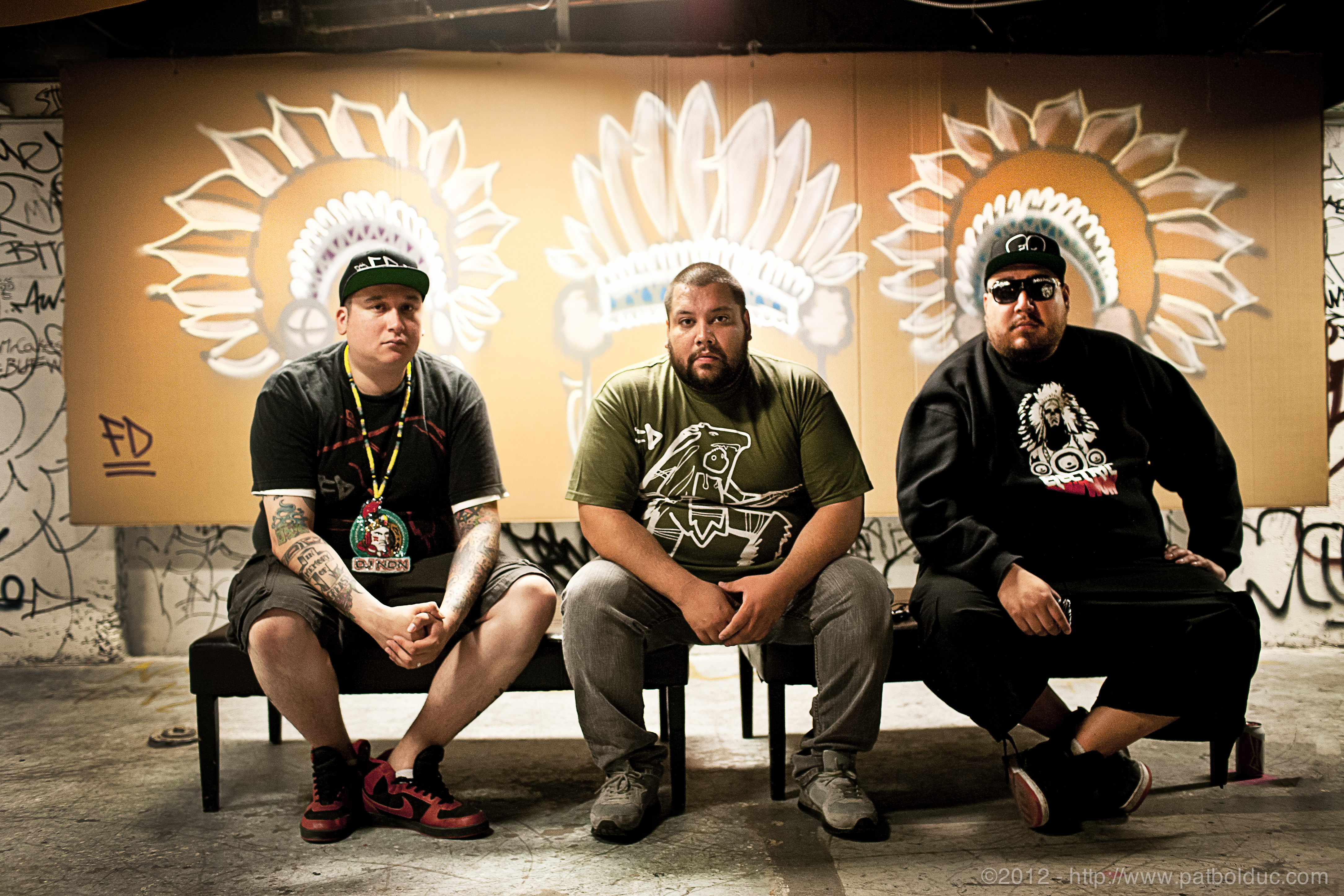 hether you’re entranced by the visuals or tearing up the dance floor to a new genre described as “Pow Wow Step,” the show put on by A Tribe Called Red is not easily forgotten.

And, fresh off the heels of a Juno nomination, they’re coming to Winnipeg.

As both a visual artist and DJ, Bear Witness is involved with the many layers of A Tribe Called Red’s (ATCR) work. “When you’re an artist, you kinda make work and you put it out there in the world and at some point you get to interact with people… as a DJ, we get this really automatic response.”

DJ Bear Witness creates the visuals that accompany ATCR’s shows, made up of re-appropriated Aboriginal imagery and stereotypes. He likens the re-use of harmful imagery to martial arts, where you’re “moving with something, you roll with the punch. You kind of take something that’s really hurtful and you roll with it” to make something more positive.

The positive energy created at an ATCR show is unmistakably visible in the three DJs.

“Being up on stage and knowing that people are excited, it’s something that’s really exciting,” says Bear Witness. “You really feed off that energy from people. [If you see us having a good time], it’s because the crowd is giving us that energy”.

DJ NDN is also known for speaking out against the appropriation of Aboriginal culture in their crowds – namely, asking the audience not to show up in headdresses, red face, or other appropriative and disrespectful attire.

While they don’t see this behaviour occurring at their shows, that doesn’t mean it goes completely unchallenged. “It’s something that I’d say is rampant through a particular festival, or concert culture,” says Bear Witness. The Tall Tree Music Festival on Vancouver Island explicitly bans headdresses, and will confiscate them or deny entry to festival-goers wearing them. This kind of reaction sets an example for “creating a safe place” for everyone to enjoy the music.

Beyond the music, there are a lot of changes that ATCR would like to see as part of a greater indigenous civil rights movement.

“The first thing would be the basic living conditions for indigenous people to be at the same standards as the rest of the country,” says Bear Witness.

As a result of the hard work that came before, Bear Witness has seen some definite changes coming about already: “I feel like we’re living a dream that our parents and our grandparents had as a vision for the future, and so I think those things are becoming more and more tangible.”

Essentially a Playlist : In Tune With Tragedy