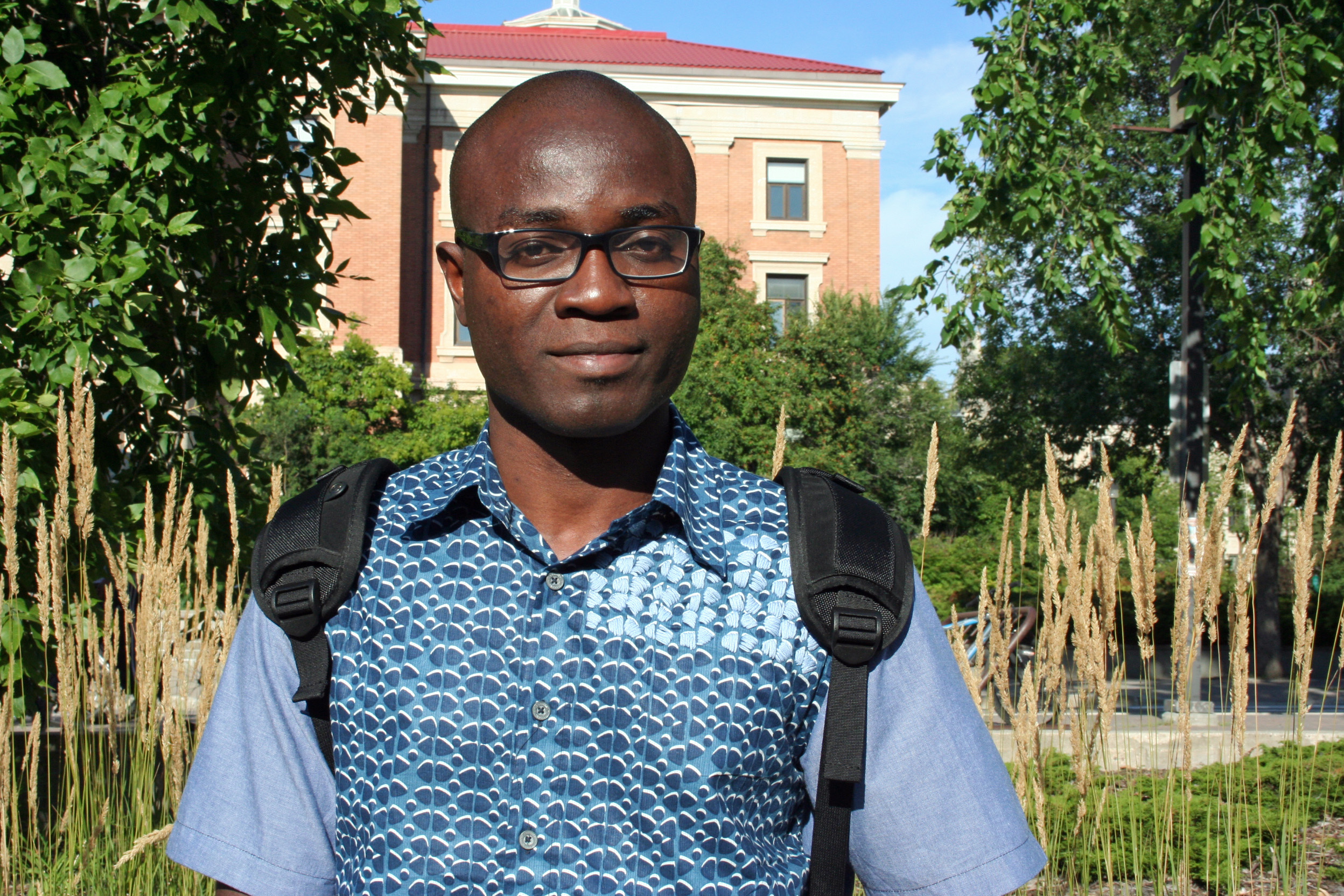 Prosper Koto is a University of Manitoba graduate student in economics. During the fifth and final year of his PhD program, he is exploring the interaction between entrepreneurship and economic development.

“Previous studies have almost always identified accessing finance as a major obstacle,” said Koto. “Over the years, World Bank and some other organizations have been pushing for reforms in these business environments to make it easier for enterprises to be able to access finance.”

Previous studies on enterprise financing constraints have tended to focus on enterprise-specific attributes, rather than examining the effects of reforms in the financial sector and business regulatory environment of enterprises, which would allow more access to debt finance.

“Here, you have credit reports and you have your credit history. For some of these countries, you don’t have anything like that,” said Koto. “Creating a formal credit reporting system would make it easier to track people’s credit history to know whether or not they will be able to pay back the money lent to them.”

Koto believes having better access to debt finance opportunities will contribute to job creation and economic development, which is essential to helping developing countries progress.

“Another way of thinking about the research I’m doing is of all the obstacles to entrepreneurs – if you fix one, it’s likely to have an effect on the other ones. So if you fix the regulatory environment, it could make it easier for firms to access finance.”

Koto said that working on some of these policy-oriented obstacles could help take care of the other obstacles that the enterprises identify as problems to their operations.

“I was looking at a survey done by the World Bank across developing countries and I noticed that when you look at the responses that enterprises provided – they’re given questions to identify what they felt was their major obstacle to their operations – and for the enterprises in sub-Saharan Africa, most of them identified accessing finance as a major constraint.”

Koto feels that accessing finance is still a large issue that needs to be examined. His interest in the topic was cultivated through his work throughout his degree, but it also has roots much deeper.

“Part of my interest came from reading that literature and looking at the data. And also to some extent I’m familiar with the issues, coming from a developing country myself. I had opportunity to see some of these issues firsthand.”

The data consists of upwards of 8000 longitudinally studied enterprises from 12 countries in sub-Saharan Africa, and is analyzed using panel data econometric models to indicate the financial status of each enterprise.

While the research focuses on the developing world, Koto believes the insights from his studies are applicable in Canada as well.

“There is a recent study that was published for businesses within the Canadian economy and they identified five factors as being what affects business, with access to finance being one of those things.”

In addition to analyzing the large volumes of data, Koto also faces the challenge of communicating the technical concepts in a manner everyone can understand.

“Writing a thesis or a paper is a process. The way I look at it is this: if I write something and you read it and don’t understand, it means I did a bad job writing,” said Koto. “One of the goals of my research is to contribute to people’s understanding of issues in terms of what enterprises face in doing their business and what can be done to help.”

Moving toward finishing his dissertation and getting it published, Koto has his eyes on the prize.

“I’m looking at the end goal. I’m more interested in research that has a real-world applicability. One of the things I’m aiming for is somebody somewhere picking up my research and using it to make their case for why reforms are necessary, why countries or governments need to make it easier for businesses to do business,” said Koto.

“It’s not just about writing academic papers and publishing; it’s also about having a real-world effect on the lives of people.”

Top 10 ways to ruin your summer