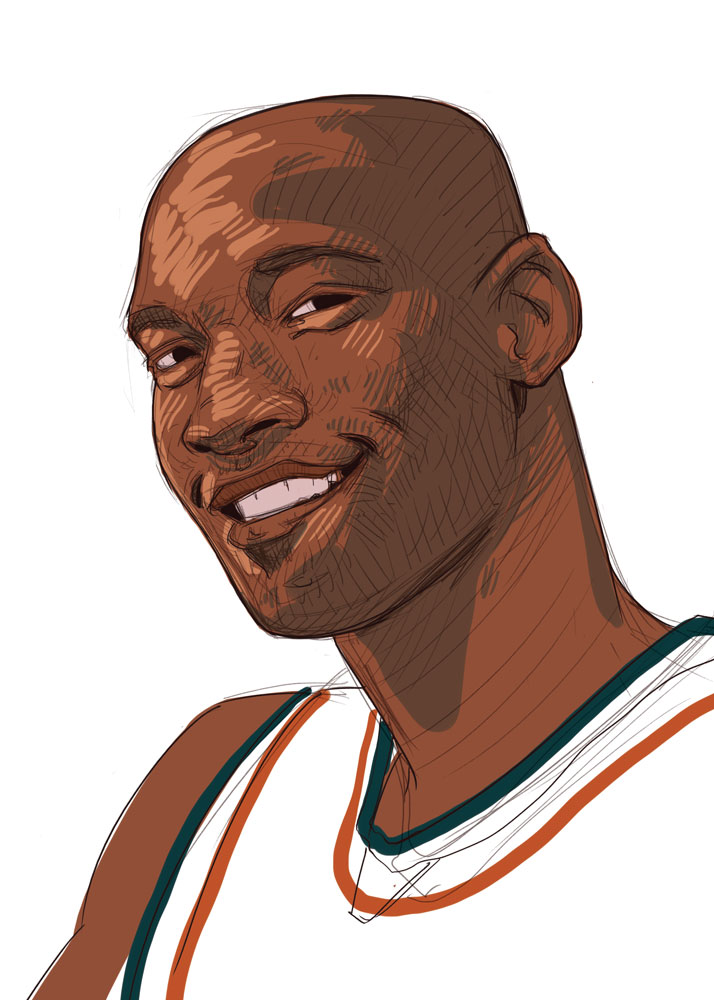 In 2004, when Vince Carter left the Toronto Raptors to join the then New Jersey Nets, a piece of hope died in Canada. A piece of every Canadian basketball fan was lost as they watched their golden boy, “Air Canada,” leave his throne to move onto the States. That moment was more than just a trade, it was the loss of one of the only pieces of hope that Canada seemed to have for basketball to be a mainstream success in this country.

The words Canada and basketball haven’t traditionally had a strong correlation to many people. For decades, whenever citizens would mention sports in Canada, hockey was the beginning and the end of that discussion. As a kid who has loved basketball my whole life, growing up in this hockey-saturated world was lonely.

Most of my friends were big into hockey too so as a kid I joined along with the crowd, but I always knew at heart that I was a true die-hard fan of the game of basketball. It seemed like most people couldn’t understand why I was so upset that Vince Carter left Toronto, why I taped “Quitter” over “Carter” on the back of my youth jersey, or why that moment mattered so much for Canadian basketball.

People who didn’t follow basketball closely in the early 2000s may not understand just how big of an impact Vince Carter had on basketball culture in Canada. He was the idol of every kid trying to make it out of an unlikely situation; he was their role model.

The most ironic part about his status was that Carter wasn’t even Canadian. He was born and raised in Daytona Beach, Florida, yet he embodied everything that kids in Canada dreamed of being on the basketball court. He was exciting, flashy, scoring-minded, and he was all we had on our nation’s home team, the Toronto Raptors.

Although it seemed like Toronto’s chances of succeeding were slim to none after Carter left, his presence in the city did spark the young minds that could potentially change basketball in Canada forever.

Around the same time that Carter left Toronto, there was a young kid perfecting his shot and dunks every day in the same city; his name is Andrew.

Carter’s impact on Canadians in the NBA

Andrew Wiggins is known by many as the saviour of Canadian basketball. He was drafted first overall by the Minnesota Timberwolves in 2014 and is already taking the league by storm with his enormous potential and unmatched athletic ability.

Wiggins is the heir to the throne that Carter left open in Toronto years ago, and has publicly stated that Vince Carter was like his Michael Jordan and heavily influenced his game.

“[The Toronto Raptors] were a big influence, especially Carter,” Wiggins said, in an interview with Fox Sports. “He was the number one hero in Canada. Every kid’s hero.”

Although Wiggins is not currently playing for the Raps (wishful thinking about the future), it gives kids who were once in his shoes so much hope. To see a kid from Canada play at a top school in the states for college ball, get drafted first overall, and then succeed in a league where so many fall off is the ultimate form of inspiration for young players looking to make their dreams turn into reality.

Carter’s impact is not limited to Wiggins; he also inspired other young, talented players in Ontario.

Kelly Olynyk grew up watching Carter’s dunk competition at home from his couch. He attended the basketball camps that Carter put on in Toronto during his residence as a Raptor, and Olynyk saw first hand the passion that Carter had for both the game of basketball and helping it grow in Canada.

“He just kind of brought that excitement and that passion and that love for the game,” Olynyk told the Toronto Star.

“You could taste the excitement in the air and the atmosphere was just unbelievable. I think when he got there, and after the first couple years, he really excited the community and brought the community into everything.”

Now Olynyk is a budding NBA player for the Boston Celtics and is currently on the Canadian National team.

When Anthony Bennett – a former number one overall pick of the Cleveland Cavaliers and current member of the Minnesota Timberwolves, was asked by ESPN what his first memories of basketball were, he said “Vince Carter.” Bennett was raised in Brampton, Ont. and was also inspired by the impact that Carter left on the city.

The stories of these young stars are just a few examples of how Vince Carter has changed the culture of Canadian basketball forever.

Impact on the city of Toronto

For as long as I can remember, every time that Carter touched back down in the six, he was instantly booed when the ball touched his hand. As a long time Carter fan (and part-time Carter hater after he left), that made me feel extremely uncomfortable. I didn’t know how to react or who to cheer for.

I felt a little bit happy when he hit two game winners against the Raps, and when he beat them in the playoffs, but I couldn’t admit it. It’s probably similar to how my dad feels when the Leafs play the Jets in Winnipeg.

Yet last season when Carter returned to Toronto (playing for the Grizzlies), things were different. It was a night paying tribute to the legacy that he had left behind in Toronto and fans watching on TV, including myself, were eager to see how a new Toronto crowd would react.

Carter was shown on the jumbotron after a tribute video was shown that showcased his greatest Raptor dunks and moments. At first, he was greeted with an array of boos. But then something incredible happened. Fans started standing up. One by one, the crowd changed their tones from boos to loud claps, and before anyone knew what had happened the entirety of the Air Canada Centre was participating in a standing ovation.

Vince Carter was in tears. I think I may have shed a couple also. That is the type of impact this man had on the city of Toronto and the country of Canada. That is how fans truly feel about Carter, even if it took them 10 years to admit it, and that is the only way that I can describe his impact on Canadian basketball without showing you his highlight tapes (which you should look up for yourself if you have a couple of minutes).

Perhaps Vince Carter leaving Toronto was just one small chapter in a book that has so much of its story yet to be written. Perhaps, the best is yet to come.