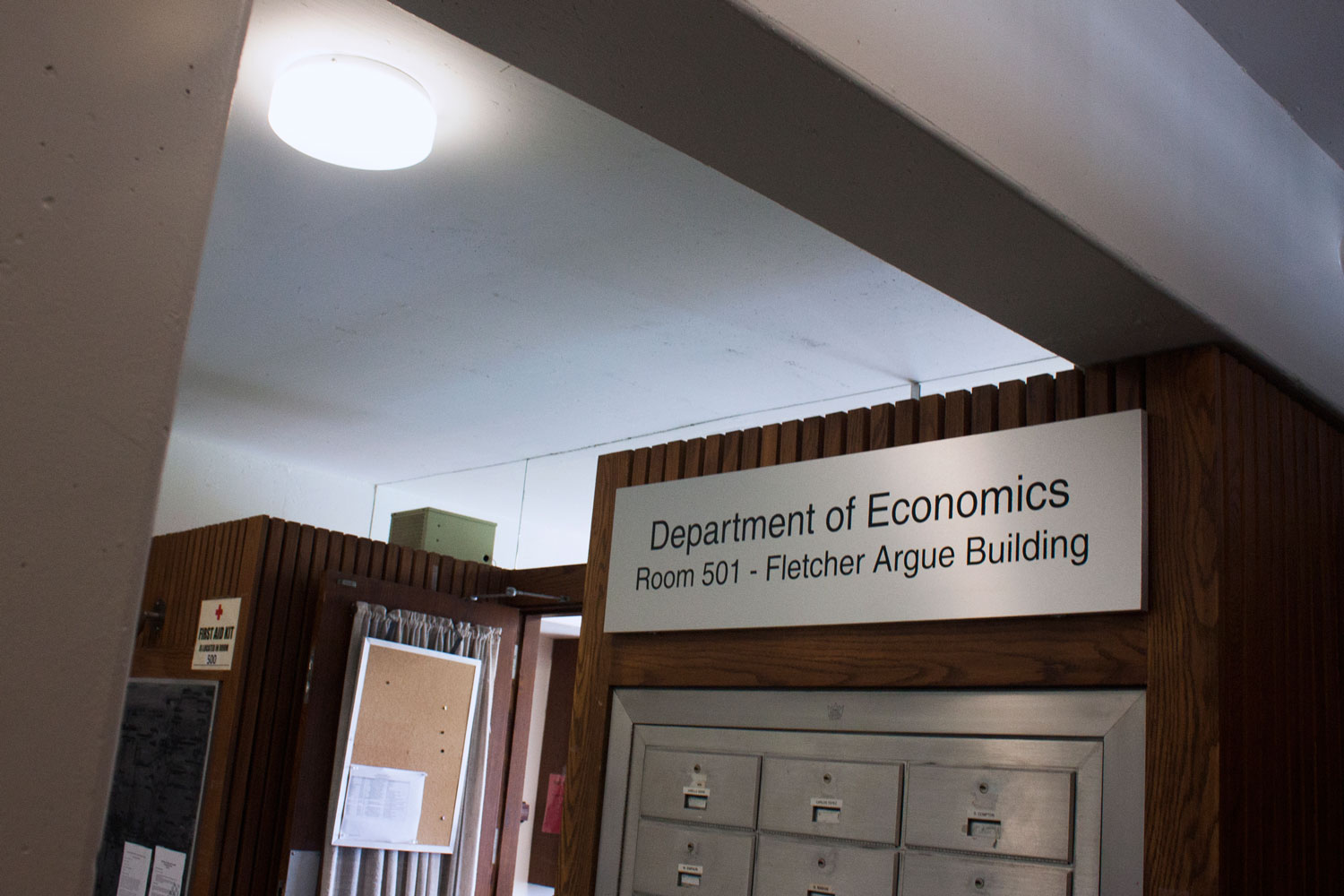 Over six months after a scathing report from the Canadian Association of University Teachers (CAUT) detailed deep divisions within the University of Manitoba department of economics, the university is preparing to split the department into two units made up of warring groups of professors.

The CAUT report released in January detailed academic disputes between so-called “heterodox” economists, who favour critical approaches to the discipline, and “orthodox” or mainstream economists who study the aggregate behaviour of individual buyers and sellers in the market economy.

The report claims that heterodox faculty members have been marginalized within the department and that their academic freedom has been violated through a series of decisions stretching back to 2006.

These decisions include alleged interference from the dean of arts in the hiring of an orthodox professor to teach Canadian economic policy and the decision to select Pinaki Bose, a so-called orthodox economist from outside the U of M, to head the department in 2010. In both cases, heterodox candidates unsuccessfully competed for the positions.

Bose led the way in implementing curriculum changes to increase quantitative requirements at the undergraduate level and to reduce the number of elective courses required for graduate students.

These curriculum changes were met with staunch resistance by the heterodox camp, which is comprised of six professors who claim the changes disadvantage their research and reduce their course offerings. Many of these six professors have been active in the department for decades, including in leadership roles.

As part of their recommendations, CAUT instructed the university to appoint an acting head that would ensure the heterodox camp was given more influence over faculty hires and curriculum development. The report recommended that the next three department hires should be heterodox faculty.

During the spring, Bose sought an extension of his term in the position for another five years while Fletcher Baragar, a heterodox professor, sought to succeed him.

In order to quell tensions between the two camps, the university’s administration appointed Steven Lecce, associate professor in the department of political studies, as acting head.

Lecce is now leading a working group established by Jeffery Taylor, dean of arts at the U of M, to resolve these disputes. Taylor would not comment on the working group’s negotiations when contacted by the Manitoban through marketing and communications.

However, selections of an April 30 memo from Taylor outlining the working group’s mandate were published by the University of Manitoba Faculty Association in a letter to its members on May 6.

According to the memo, the terms of reference for the working group are to “prepare a proposal for the division of the department of economics into two academic units, taking into account the needs of the current undergraduate and graduate programs, the distribution of academic and support staff, the names of the new academic units, and any other relevant matters.”

John Danakas, executive director of public affairs at the U of M, confirmed that splitting the department is one option under consideration.

“The dean is working with the groups to reach a mutually satisfying resolution,” Danakas said in an email.

“One suggestion put forward by one of the groups has been a split.”

At the May meeting of CAUT council, the organization unanimously passed a motion declaring that the national union will censure the U of M administration at its November council meeting unless the university resolves the issues identified in their January report.

The consequences of censure include instructing CAUT members not to accept academic appointments, honours, or invitations to speak at the U of M.

David Robinson, executive director of CAUT, sent a letter to U of M president David Barnard outlining the key recommendations the university needs to act on if it is to avoid censure.

These include maintaining a united department, ensuring that the number of heterodox economists remains stable, and ensuring that “there is no discrimination against faculty in terms of courses offered,” he said.

“The move to appoint a temporary head was a recognition of the toxic work environment there,” Robinson said.

“I’m disappointed, however, that it seems to be coming from the administration that the main proposal on the table, and the one they are being encouraged to accept, is to split the department into two academic units.”

Robinson told the Manitoban that the inevitable outcome of a split is the eventual dissolution of the heterodox unit.

Department split over the split

The proposal to split the department was first made on April 23 when Richard Lobdell, professor in the department of economics, put forward a motion at the department council recommending the split. The motion was approved 12 for, six against, and two abstentions.

All six heterodox professors voted against the motion.

“Splitting the department is the final stage in what we would call intellectual cleansing,” said Robert Chernomas, professor in the department of economics and a leading member of the heterodox camp.

“We’re interested in an integrated, methodologically plural department, that is where we think the economics department needs to go.”

Among those who supported the motion to split was Laura Brown, an associate professor in the department for nearly 20 years.

Brown, who identifies as a left-wing feminist economist, took a six-month stress leave in 2013 due in part to the emotional toll of workplace disputes.

She argues that many professors have been characterized as orthodox by the six heterodox faculty simply because they support the use of quantitative methods in their research and teaching. According to Brown, the disputes fundamentally involve a disagreement over the curriculum changes instituted by former head Pinaki Bose, which have bolstered quantitative requirements in line with similar undergraduate economics programs across the country.

“They would like the economics profession to have the same divisions that were in existence when the baby boomers were at Woodstock, and you know what? The times have changed and so has economics,” Brown said.

“I am all for separation because anything that allows us to actually have the freedom to design a program, to revise a program, and change a program without being constantly accused of being the most horrible people on the planet [is a good thing].”

Janice Compton, an associate professor in the department, has been an outspoken critic of the CAUT report.

In a January blog post, she criticized the methodology of the report, which was the result of an investigation in two years ago, arguing that she did not participate in their investigation because “it was my opinion that the outcome of the report was clear before the investigation even started.”

Compton also supported the motion to split the department.

“The fact that we don’t get along stems from the fact that we have two very different ideas of what the department should look like […] and that has created a lot of conflict in the last decade that has devolved into [interpersonal conflict],” she said.

“There are very deep differences of opinion and our time should be spent doing research and teaching, and not on politics.”

The University of Notre Dame in Indiana split its economics department in 2003 over similar disputes between faculty, with the heterodox unit eventually dissolving seven years later, in 2010.

In the same year, the labour studies program at the University of Manitoba, which was originally housed in the department of economics, became a free-standing academic program.

The CAUT report claims that the two designated labour studies faculty experienced intimidation and harassment at department council meetings before subsequently being removed from the department.

“Personally, I was glad that the CAUT took on this investigation. I thought it was entirely appropriate,” said David Camfield, an associate professor in the labour studies program, in an interview with the Manitoban earlier this year.

Camfield was one of the faculty members removed from the department in 2010 and he agreed to participate in the CAUT investigation that led to the January report.

The Manitoban has been following this story since March. For more background, see the following articles:

Use of the N-word denounced