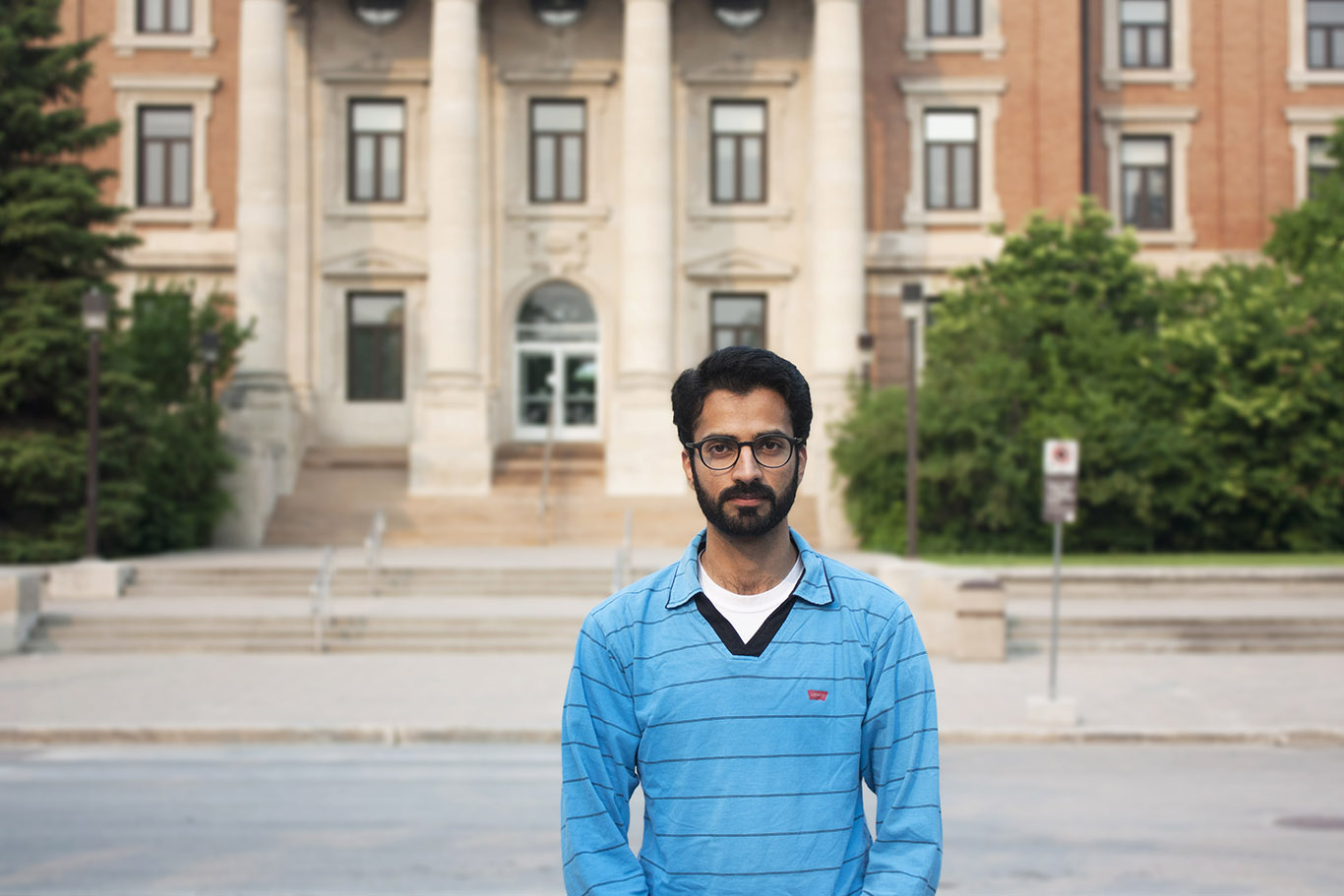 The University of Manitoba’s Board of Governors approved the university’s 2015-16 budget last month, raising the ire of international students forced to cough up more in tuition fees despite steep cuts to U of M operating costs.

The fee hikes, coupled with increases in international student enrolment, give the university over $7.6 million in new revenue. The hikes come at the same time that the U of M has trimmed $14.4 million from the operating portion of its $701 million budget.

International students make up about 10 per cent of the roughly 29,000 students enrolled at the U of M.

“A lot of people are wanting to move away from Manitoba because of this,” said Mujtaba Abdul Jalil, a fourth-year electrical engineering student and the international students’ representative for the University of Manitoba Students’ Union (UMSU).

“With the same amount of fees, if we can get a better quality of education, why would we stay here?”

“This is unfair on many levels. All of a sudden you make a change and people are not prepared for it and they come back from summer vacation and they find out their student fees will increase,” he said, adding that protests on campus are a possible response to the fee hike.

“It is not easy to get that money.”

Both the UMSU executive and the Canadian Federation of Students-Manitoba (CFS-MB) have come out against the international student fee hike, with both organizations vowing to pressure the university’s administration into an amended position on the increase.

Jeremiah Kopp, UMSU president, told the Manitoban that UMSU will begin meeting with administration officials soon in order to ensure that revenue from the fee hike is predominantly allocated to supports for international students.

“We’re doing our part in terms of lobbying and mobilizing students against it, as well, in order to create a productive discussion,” he said, adding that a formal response from the union is still in the works.

“But going forward a very key aspect is the university sticking to their commitment to take at least a portion of the increase and make sure it gets dedicated to international student support services.”

Michael Barkman, CFS-MB chairperson, told the Manitoban that the organization will press for legislation in Manitoba ensuring that international and domestic students pay exactly the same tuition fees and that any increases in those fees be capped at a consistent rate going forward.

“The goal is […] to fight for eliminating differential fees [for international students] first while at the same time ensuring that these kind of surprise, overnight massive hikes don’t happen in the future,” he said.

The U of M administration maintains that much of the international student fee increase will go back into programs for international students, such as “orientation, transition programs, summer bridge programs, cross-cultural counselling services, academic learning support for EAL students, and English language workshops,” as well as scholarships and bursaries for graduate students.

“International students are very important to the University of Manitoba,” said John Danakas, executive director of marketing and communications at the U of M.

“The University of Manitoba has been traditionally less expensive than comparable universities and the increase now really is bringing us in line with those universities.”

Four per cent cuts this year and next

International students are not the only ones facing hardship at the U of M. Several faculties and departments have been hit with large cuts to their operations this year while domestic tuition has been increased by 1.9 per cent, the provincially determined rate of inflation.

The education and environment faculties will incur a 3.5 per cent cut in their operations while business and science will face 2.5 per cent in cuts. The faculty of music will be trimmed down by three per cent this year while engineering will be cut by 2.2 per cent.

The rest of the faculties at the U of M will be cut by four per cent. All faculties will likely face another four per cent cut next fiscal year given previous statements made to the Manitoban by the administration.

The administration maintains that these cuts are necessitated by modest increases in its annual provincial operating grant coupled with government tuition policy that keeps domestic fees capped at the rate of inflation.

For the 2015-16 fiscal year, a 2.5 per cent increase in the provincial operating grant coupled with an inflationary tuition increase on a two per cent smaller student body produces over $21.4 million in additional revenue for the university.

However, the budgeted increases for salaries, library acquisitions inflation, maintenance costs, and contingency funding still leave a shortfall of over $14.4 million, according to the university.

Salary increases amount to $12.7 million of that shortfall, with nearly $7 million allocated to salary increases payable to the University of Manitoba Faculty Association (UMFA).

The faculty union negotiated a collective bargaining agreement for 2013-16 that built in a 6.9 per cent base salary increase.

“In order to attract the best faculty and the best staff, the University of Manitoba has to offer competitive salaries,” Danakas said, adding that the real responsibility for the university’s budgetary woes rests with the provincial government, which has not provided adequate operating grants or enough “flexibility in tuition.”

In 2011, the New Democrats promised to increase annual operating grants to universities by five per cent a year for the next three years. They reneged on that commitment in 2013, increasing the grant by 2.5 per cent.

“I think the provincial government should have lived up to their initial commitment at the time of the last provincial election,” Kopp said.

“It’s very important that the province is funding this university because we do keep tuition very accessible in Manitoba.”

UMFA maintains that the cuts imposed by the administration will be devastating for students and staff at the U of M, arguing that capital and administrative costs are the real culprit when it comes to the budget shortfall.

“Four per cent cuts this year will have a huge negative impact. Four per cent next year will be absolutely devastating to the student experience, to teaching, and to research at U of M. There is no way to soft-pedal or ‘manage’ budget cuts of this size in order to avoid impacting students,” said Mark Hudson, UMFA president, in an email.

The faculty union maintains that the university consistently raids operating surpluses to pay for capital expenditures.

Body found on U of M campus – UPDATE –