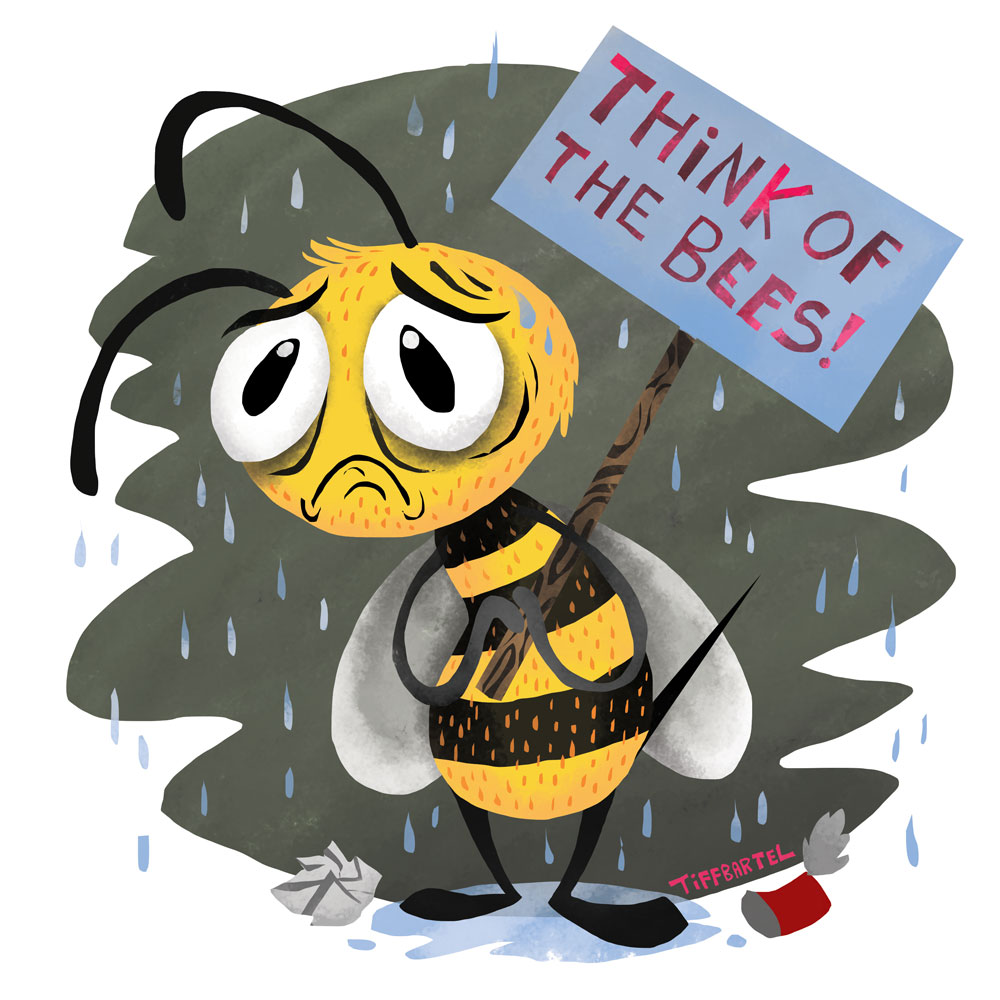 Farmers, beekeepers, and scientists began noticing honeybees disappearing in 2006. The honeybee is responsible for the pollination of crops around the world, and plays a critical role in the world’s food supply. Without them, many crops will no longer be sustainable. The “save the bees” movement has recently surfaced as a response to the disappearing insects, with even the U.S. government making saving the bees a priority.

An increase in the occurrence of colony collapse disorder (CCD) began to be observed in 2006. This mysterious phenomenon is characterized by the sudden disappearance of a seemingly healthy adult bee population, leaving behind lots of food, immature bees, a few nurse bees, and the queen. CCD appears to be a case of hive abandonment, as opposed to the death of a colony, as no evidence of mass bee death has been observed, and the queen is left behind.

So far there is no strong evidence as to why CCD occurs. Some theories suggest that mites, virus, fewer nutritional food sources, fungi, pesticides, or even electromagnetic interference from cellphones, have contributed to the phenomenon. Most widely accepted is that neonicotinoids, a class of pesticides, is causing CCD. Pesticides are frequently used on crops to prevent harmful insects from damaging a yield. However, these chemicals are likely to be affecting the honeybee as well, preventing very important pollination from occurring. Currently, neonicotinoids are temporarily banned in the European Union.

Another widely considered threat to the honeybee population are varroa mites, which are easily spread within and between bee colonies. These mites attach to the bodies of bees and feed on the bee’s hemolymph.

In May 2015, the U.S. government announced a commitment to helping save the bees by offering a multi-million dollar subsidy to the effort. This subsidy will go towards research, making government owned property more bee-friendly, and encouraging the use of fewer pesticides on crops. The incentive for the government to save the bees is great, as the effect on the economy would be significant.

Celebrities are even getting onboard with the “save the bees” movement. American actor Morgan Freeman revealed on the Tonight Show that he recently began beekeeping as a hobby, importing 26 beehives to his home.

“There’s a concerted effort to bring bees back onto the planet […] We do not realize that [bees] are the foundation, I think, of the growth of the planet, the vegetation,” said Freeman.

Canadian environmental activist David Suzuki strongly opposes the use of neonicotinoids as pesticides on crops. His campaign to save the bees calls for the Canadian government to ban these pesticides in Canada.

For the everyday person, some small actions can be taken to help save the bees. These include doing things like planting bee-friendly flowers, allowing weeds and other wild flowers to grow, or even getting into the hobby of beekeeping.

Thunderstorms: Crazier than ever before

A day in the life of an undergraduate researcher: Cell splitting