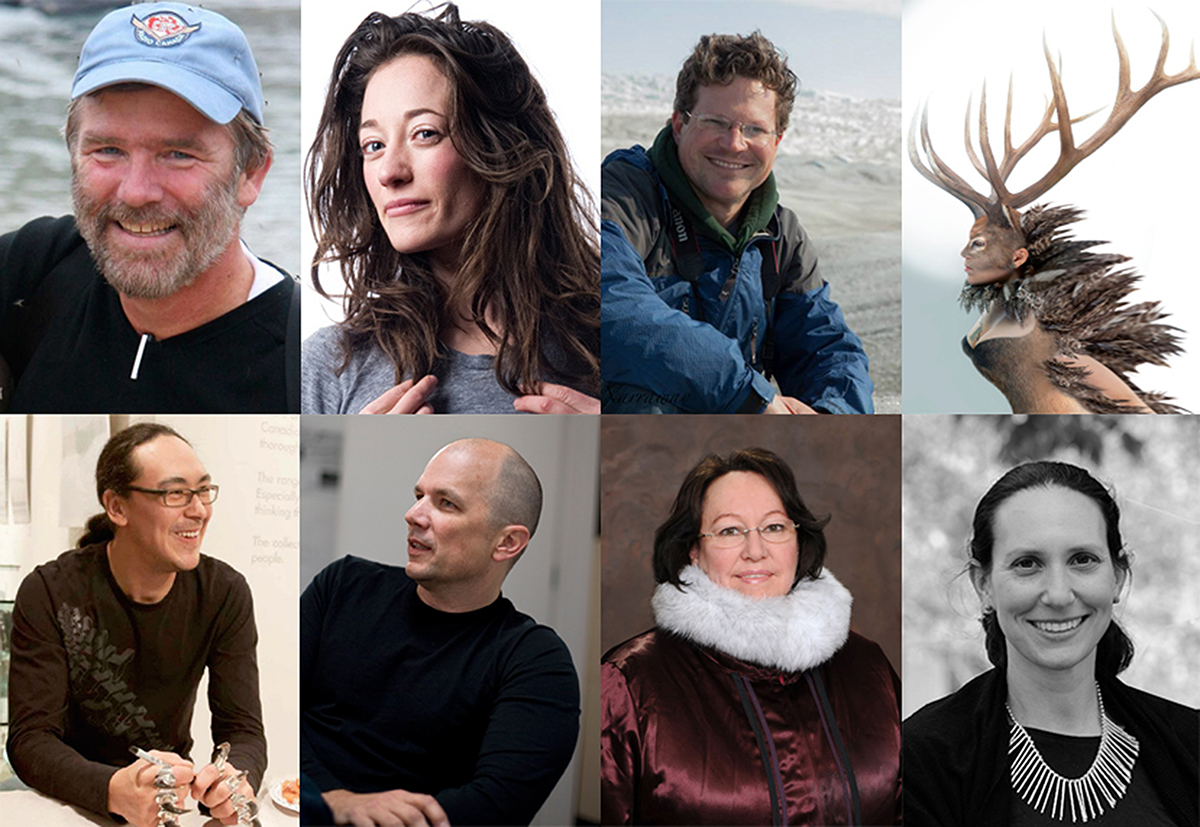 Photo collage provided by the Walrus.

The Walrus Talks is making its first appearance in Winnipeg since the event began in 2012. Co-ordinated by the Canadian magazine, the Walrus, the presentations take place in 15-20 cities across the country. The night happens in two parts: first, eight speakers present on topics that are related to their field of work for approximately 80 minutes, followed by a reception during which audience members and presenters are free to discuss the ideas that have been shared.

David Leonard, the director of events at the Walrus, said that the reception is meant to be educational, but not academic. The lines between presenter and listener are erased once the presentations are over, in the hopes that dialogue can take place and cause change in the areas that are discussed, such as housing, urbanization, and sovereignty.

“The idea behind the Walrus Talks is that we always want to take the overarching theme of the night, which is a matter that is vital to Canadians,” Leonard said.

This year, the focus of the presentations is the Arctic and the unique challenges that those living there are faced with.

“What keeps coming back to us is, climate change is huge, housing, culture,” said Leonard. “As well as the collision between the North and South, and between tradition and modernity.”

Speakers include artists, historians, authors, and architects. Speakers are chosen based on their ability to bring something new to the topic they are speaking on, and diversity among speakers is emphasized as well.

“In some cases, the speakers have a lot of experience presenting, and with someone like Tanya Tagaq, you usually see her singing on stage, so you get the opportunity to now hear her speak on stage,” Leonard said.

“You want to get different perspectives on stage.”

Leonard said that while 80 minutes is not enough time to adequately discuss all the issues pertaining to the Arctic, the Talks are meant to stimulate conversation and shed light on areas that Canadians should be paying attention to.

“The hope is that, with high-level ideas from the right people, you can get to the heart of the matter, and the audience, who is curious and thoughtful and engaged, will go out and do some reading,” Leonard said.

“Maybe they’ll take another step and be more engaged in the issue. All of a sudden, the issue moves forward.”

The events are meant to be an extension of the type of editorial content that the Walrus is known for; Leonard’s job is to find speakers and presentations that translate onto the stage the way that the magazine reads. There is a focus on diversifying perspectives and informative content. Another element is added with speakers who are proficient in their fields, discussing topics about which they are passionate.

The reception also acts as an invitation to the community, urging them to get involved and illustrating why it is important to do so.

The Walrus Talks will take place at the WAG on March 26 at 7 p.m. Tickets are $15 for students and are available at thewalrus.ca/the-walrus-talks-arctic. The event coincides with Arctic Adaptations: Nunavut,currently exhibited at the gallery.