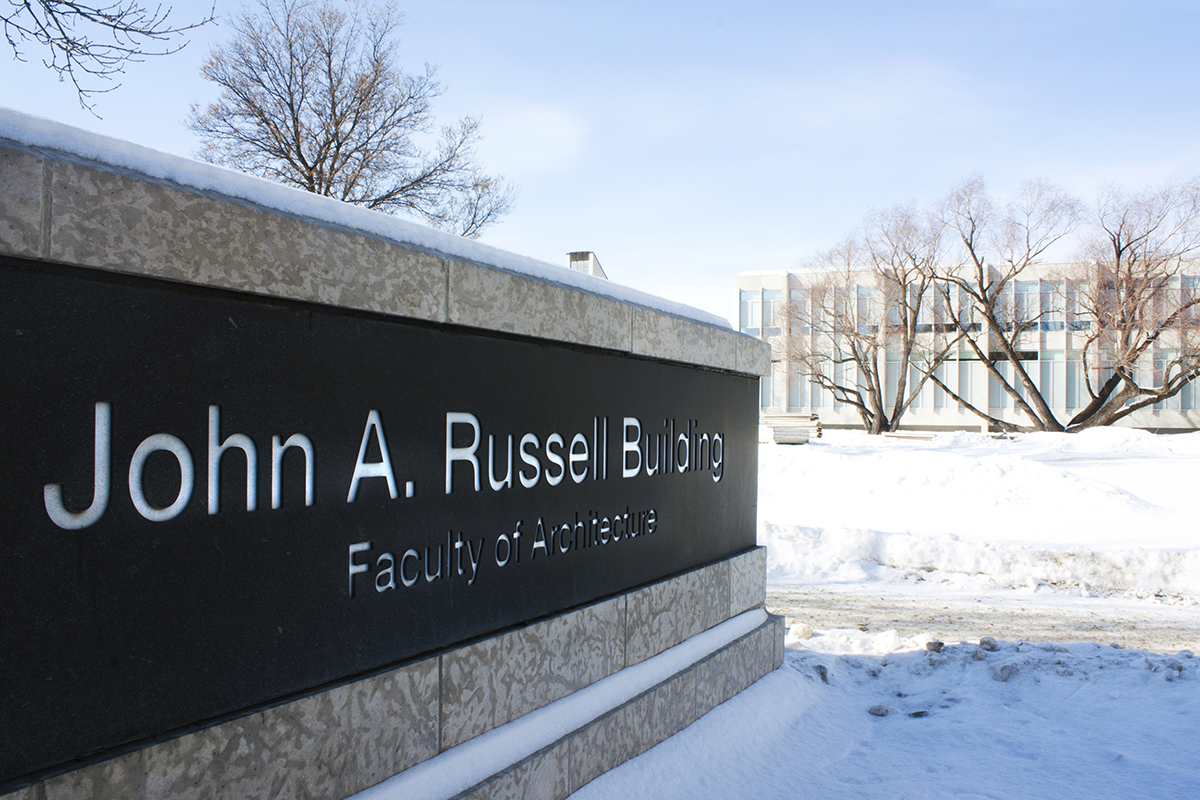 The dean of the faculty of architecture at the University of Manitoba announced late last week that he will not be seeking reappointment when his term ends this year. The news comes after a scathing Canadian Association of University Teachers (CAUT) report recommending that dean Ralph Stern be terminated from any administrative or supervisory role within the faculty of architecture.

“I have given my decision careful consideration and believe this is the best course of action for me personally and professionally,” Stern said in a statement released earlier today.

“I allowed my name to stand for reappointment and did so trusting the University of Manitoba’s processes, which I consider to be fair and professional. However, a number of elements, internal and external to the faculty of architecture, have attempted to undermine the University of Manitoba processes. In my opinion, their actions have jeopardized the reputation of the faculty and the success of our students.”

The U of M administration refused to comment directly on Stern’s decision when contacted by the Manitoban.

John Danakas, executive director of marketing and communications at the U of M, said that U of M president David Barnard stands by his earlier statement regarding the CAUT report released in early February.

“At the University of Manitoba, we have internal processes where concerns of the type expressed in this report can be brought forward, investigated, and resolved. Those processes, unlike that used by CAUT, are fair, balanced and have the ability to collect and weigh complete information,” Barnard said in the statement.

“The CAUT committee’s work not only ignores these processes; it interferes with them.”

Ralph Stern, an architect with experience at several international universities including the London School of Economics, was appointed dean of the faculty of architecture in 2010. He has faced significant controversy throughout his tenure, with students and professors complaining to administration repeatedly about his leadership and management style.

Stern was actively seeking reappointment to his position as dean up until the beginning of February, when he informed vice-president academic and provost Joanne Keselman that he would be withdrawing his name from consideration.

Barnard would not comment on the conflict when contacted by the Manitoban through the U of M marketing and communications department.

Earlier this month, CAUT released a report detailing a “culture of fear and retribution” within the faculty of architecture under Stern’s leadership. The CAUT investigation, which was conducted last spring and summer, was launched after several complaints from faculty members and the University of Manitoba Faculty Association.

David Robinson, executive director of CAUT, told the Manitoban that the organization is pleased that Stern will not be seeking another term as dean.

“I think this was more than a long time coming,” Robinson said.

“I think the real issue here is that the administration knew about this for many, many years and did absolutely nothing, which in the end damaged the reputation of the University of Manitoba.”

Among the issues detailed in the CAUT report are the circumstances surrounding the resignation of three faculty members who left due to differences with the dean. The departures include former heads of the architecture department Nat Chard and Frank Fantauzzi, the latter after taking a grievance-related leave.

According to the CAUT report, Chard and Fantauzzi left due to interference from the dean in the operations of the department.

“It was clear that it was not possible to work to one’s capacity in either teaching or research under the dean’s regime,” Chard said in an email to CAUT, published in the report.

The most recent resignation comes from architecture professor Mark West. West, who resigned Jan. 15, left his position after several disputes with the dean, including Stern’s insistence that he no longer refer to himself as the director of the Centre for Architectural Structures and Technology (CAST) at the U of M, an experimental architecture centre that he founded.

West has since taken a position with the Massachusetts Institute of Technology. His term there begins in September.

“The upper administration has known about these problems in some detail for quite a while,” West told the Manitoban, adding that Stern scuttled the unique research CAST was engaged in.

“The university processes to solve these problems just didn’t work, and that’s why I resigned.”

The Centre for Architectural Structures and Technology was involved in experimental, innovative research. The primary research and the main attraction of the centre was West’s work casting concrete structures into more flexible textile moulds.

“That makes all kinds of things possible,” West said.

“From extraordinary sculptural possibilities to very high efficiency structures that use less material.”

Since West’s resignation, CAST has been effectively closed and its research put on hold.

The U of M also received complaints from architecture students on multiple occasions.

In 2012, several undergraduate and graduate architecture students sent an expansive letter to Stern and senior administration outlining their concerns after the sudden resignation of Frank Fantauzzi as head of the architecture department.

Tony Neu, a recent graduate of the master of architecture program who also earned his undergraduate degree in architecture at the U of M, helped write the letter.

“It was a special place, I felt, before the dean came,” Neu said, adding that Stern had a more traditional concept of the kind of research the architecture department should be conducting.

“It was amazing to see these projects come up, and they weren’t necessarily what you would imagine architecture to be, but they were poetic explorations into what architecture might be, and it was fun to be a part of that.”

The University of Manitoba Association of Architecture Students, which represents graduate architecture students at the U of M, recently met with the dean and associate dean to discuss their concerns.

Kailey Kroeker, University of Manitoba Association of Architecture Students’ president, told the Manitoban that the loss of faculty that have resigned due to Stern’s management have led to a marked increase in the ratio of students to faculty in architecture studios at the U of M.

“What was once a very exciting atmosphere has led to just an atmosphere where people are constantly tired,” she said.

“There have been a lot of negative effects from these political tensions on student morale in general.”