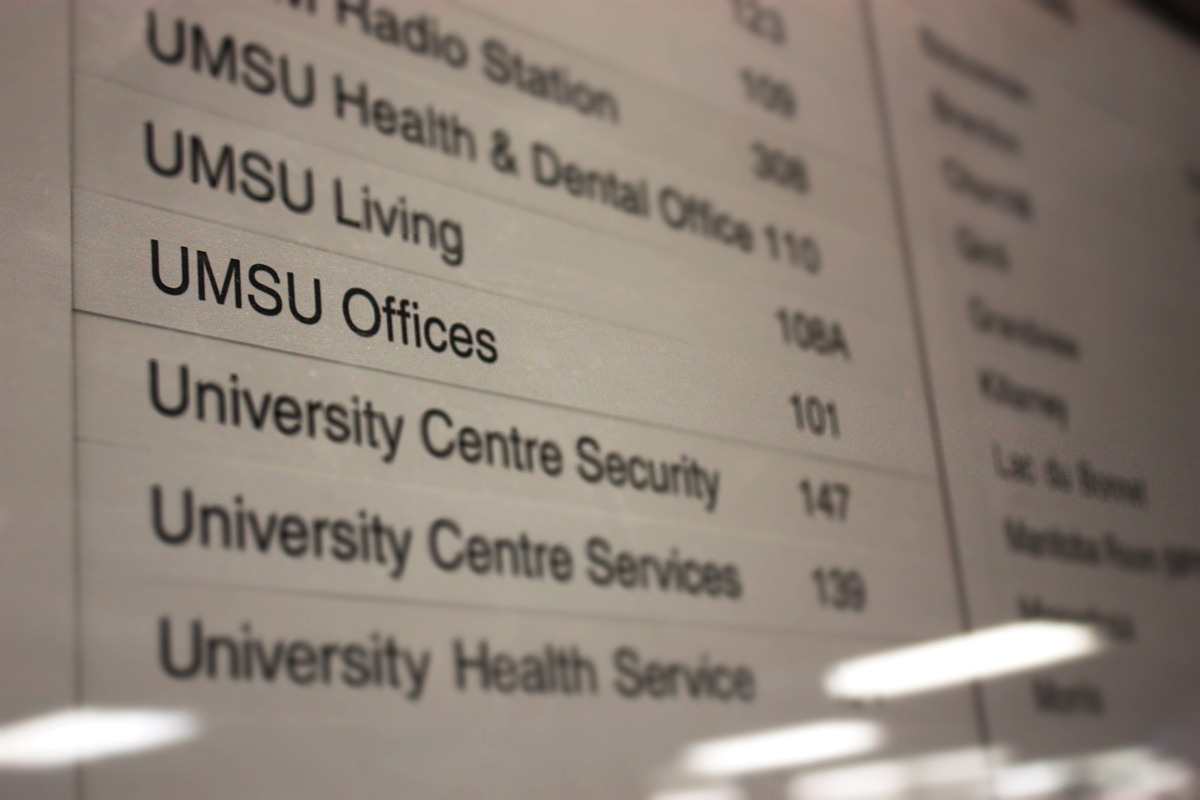 Fourteen students have confirmed that they are seeking nomination as candidates for UMSU executive and community representative positions for the 2015 UMSU General Election.

The current list of students seeking nomination is not final and is subject to change.

However, the Manitoban has been able to confirm two different slates are currently seeking nomination for the executive candidate positions.

The Manitoban has been able to identify four students currently seeking nomination for community representative positions.

The Manitoban was unable to confirm whether anyone is currently seeking nomination for UMSU international students’ representative.

In order to adhere to UMSU General Election regulations regarding pre-election marketing, candidates’ biographies will not be released before the nomination period has closed and the list of candidates has been finalized.

All general election campaigning will begin at 9 a.m. on Feb. 23.

The UMSU election campaign commences on Monday, Feb. 23. The voting period will be held from Wednesday, March 4 to Friday, March 6 at various locations throughout the University of Manitoba. Visit the official UMSU General Elections website, operated by the Chief Returning Officer, at umsu.ca/elections for more information.

Liberals sweep Winnipeg in their return to majority government