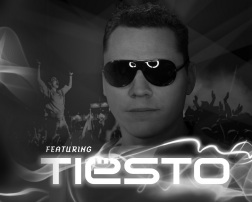 On Monday, Jan. 12, the UMSU executive presented a report to council for the final budget from the second annual Frosh Fest, which took place in September.

Frosh Fest included a week of orientation activities and a major one-night concert on Sept. 14, which featured internationally renowned electronic dance musician Tiësto as its headliner, and Canadian DJ duo Dzeko & Torres as the opening act for the concert.

The original Frosh budget was presented by Matt Bandville of Prairie Promotions and was quoted at $373,000.

The Sept. 14 Frosh concert, which took place at Investors Group Field, had roughly 6,300 people in attendance with a maximum capacity set at 7,000 based on UMSU’s permit for the event.

Tickets cost $45 for University of Manitoba students and $65 for non-students; VIP tickets were also available for $95.

Turnbull told the Manitoban that he was extremely happy with how the Frosh event went.

“The event was amazing,” Turnbull said.

“That’s what this is all about. Making people have a welcoming back to school that they’re not likely to forget, and bringing everyone together—or as many students as possible—for one big event. It’s that kind of unity that makes the university community so special.”

In September 2013, UMSU’s first Frosh event, UMSU went almost $150,000 over budget, which was attributed to lower than expected ticket sales and a booking problem with headliner Childish Gambino, leading to UMSU extending the event from a one-day concert to a two-day event on consecutive days.

“We always knew starting something with this magnitude would take a few years to fine-tune. This year the scheduling went perfectly. But, we hope our first year serves as a reminder to future councils that adversity is a part of the service. There will inevitably be issues in the future. I hope those issues never deter future executives and councils from pursuing the Frosh Music Festival.”

Turnbull said that he thought that the festival was one of the most successful across the country and he hoped that future UMSU executives would continue to host the event.