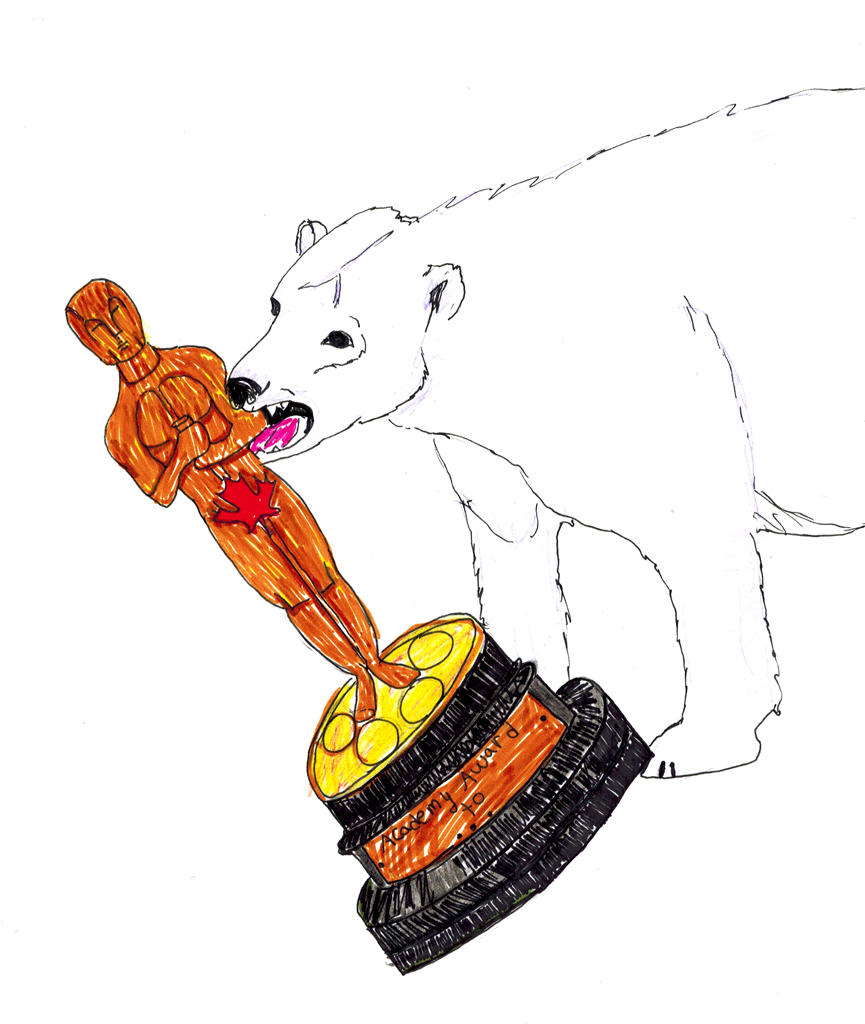 The nominees for the 87th Academy Awards were announced in Beverly Hills, California on Jan. 15. American movie heavyweight favourites, such as The Grand Budapest Hotel and American Sniper, lead the nominations. The Academy of Motion Picture Arts and Sciences acknowledged Canada’s contributions to the silver screen mainly in categories involving animations.

Difficult families, dragons, and Danish bricks are the backdrop for three Canadian stories in this year’s Oscars.

Torill Kove, Me and My Moulton

Nominated for Best Animated Short Film is director and animator Torill Kove. Kove is a Norwegian-born Canadian, based out of Montreal. This is her third time being nominated in this category. In 1999 she was nominated for her film, My Grandmother Ironed the King’s Shirts. In 2006, she won the Oscar for the Best Animated Short Film for The Danish Poet, a story about a poet searching for inspiration by travelling to Norway to meet author Sigrid Undset.

This year, Kove is nominated for her short film, Me and My Moulton, an autobiographical tale about Kove’s experience as a young child and middle sister of three growing up in Norway.

The film explores the dynamic between the perceived wants and needs of children and the imposing projection of perceived needs of the parents. Me and My Moulton uses the purchase of a bicycle to demonstrate this dynamic. The sisters wish for a certain bicycle, only to receive the one that the parents wished to have.

“It has topics that are quite universal,” explained Kove in an interview.

“Also it’s funny film. And I think humour is always a good way to reach people.”

Dean DeBlois (How to Train Your Dragon 2) vs. Graham Annable (The Boxtrolls)

In the category of Best Animated Film, two Canadian directors lead the charge for their respective works, both geared to younger audiences. Dean DeBlois is a writer and director from Aylmer, Quebec. DeBlois’ most notable films are immediately recognizable, such as 1998’s Mulan and 2002’s Lilo & Stitch.

In the other corner is Graham Annable, co-director of The Boxtrolls. Annable—born in Sault Ste. Marie, Ontario—has a more varied resume, having worked as an animator for several video games in the mid-2000s. While Annable’s previous works include 2012’s ParaNorman, Annable’s most notable work is not a movie, but a series of comic drawings and animations called Grickle. This is Annable’s first nomination in the category of Best Animated Film.

Tegan and Sara, The Lego Movie

One can argue about how the movie based on Swedish toy blocks was unfairly snubbed for nomination in its appropriate categories. However, the movie’s mantra, “Everything is Awesome!” has been appropriately appreciated by the Academy, being nominated for Best Original Song.

While the song lacks any groundbreaking musical innovations in its three minutes of pop-electronic, the music is able to encapsulate the optimism of childhood exploration – a theme integral for a film based around building blocks.

U.S. singer-songwriter Shawn Patterson wrote the song, however it is performed by Canadian sister-pop duo Tegan and Sara, featuring the Lonely Island, led by Samberg.

“We couldn’t be more proud to see ‘Everything is Awesome’ has been nominated for an #Oscar for Best Original Song!! Congrats to the whole team!” tweeted the sister duo Tegan and Sara.

The Good, The Bad, The Critic

Hey there, it’s your future calling