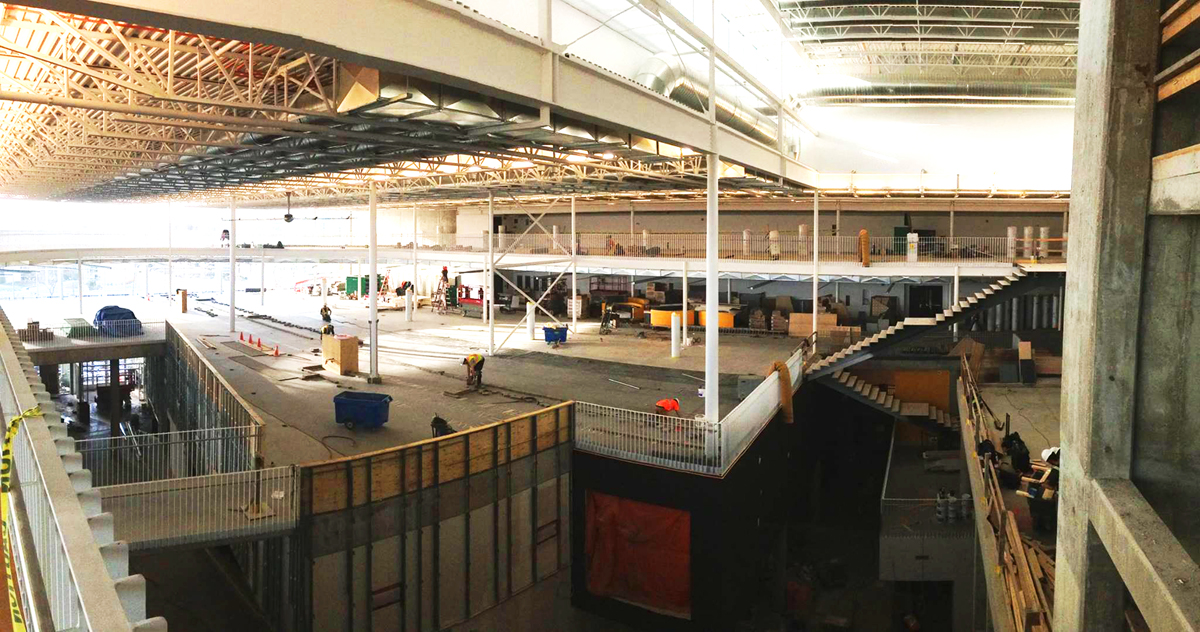 The new Active Living Centre at the University of Manitoba—a 100,000-sq.-ft., $45 million facility—will be open to all U of M students next month, accompanied by a sports and recreation fee tacked onto winter tuition.

The sports and recreation fee, which amounts to $56.25 for full-time students and $42.20 for part-time students over the 2015 winter term, will pay for operating and capital costs associated with campus recreation facilities, including the Active Living Centre. The fee gives students access to all campus gym and athletic facilities along with full access to U of M Bison sports home games.

Given that the Active Living Centre will not officially open until February, the fee is slightly less than what it will be in each of the 2015 fall and 2016 winter terms. With the exception of this winter term, full-time students will normally pay $75 per term and part-time students will pay $56.25 per term.

Gene Muller, active living director at the U of M, said that the new Active Living Centre is an important contribution to campus life.

“I want [students] to look back on their time at the U of M, and to look back on it fondly, and to use this time to develop mentally and physically and to set the tone for the rest of their lives,” Muller said.

“I think we were missing a big piece of the puzzle, and the Active Living Centre, in my mind, is the solution to that.”

The fee also translates into savings for students who will no longer have to pay for tickets to Bison sports games. Coleen Dufresne, athletic director for Bison sports, hopes that free entry to games will markedly bolster attendance for campus sporting events.

“Our athletes really appreciate the support of the students so I think they love it when there are a lot of people in the stands and if we could get that on a consistent basis, I’d be thrilled.”

Unlike other students fees—such as the universal transit pass that will likely be implemented within the next year after two referendums were held over the amount U of M students were slated to pay—there was no vote held over the sports and recreation fee.

According to Jared Ladobruk, marketing coordinator for U of M recreation services, the fee was approved by the university’s Board of Governors in 2011 and received the support of UMSU and the University of Manitoba Graduate Students’ Association (UMGSA) at that time.

The sports and recreation fee at the U of M is modelled after the wellness centre fee charged to students at the University of Winnipeg, Ladobruk said.

The wellness fee costs U of W students $30.65 every term in order to pay for operating and capital costs associated with the $40 million United Health and RecPlex. While various levels of government contributed $17 million to that project, the remaining capital funding has been raised by private donations in addition to the wellness fee.

At the U of M, various levels of government have contributed $22 million to the construction of the $45 million Active Living Centre, with the remaining capital costs coming from private donors as well as the sports and recreation fee.

However, the U of W wellness fee went to a referendum among the student population in 2011, where 57.5 per cent of student voters supported the levy. Around the same time, the U of M Board of Governors approved the sports and recreation fee four years before its ultimate implementation.

“There is some concern that it has been a while since the fee was [approved] but there certainly was some consultation with the student body to make sure that questions were answered regarding the fee and how they would benefit from that,” Ladobruk said, adding that there are six student representatives on the 23-member Board of Governors.

Laura Rempel, UMGSA president, told the Manitoban that more consultation between university administration and students was needed in order to build support for the fee.

“There are some issues with the process,” Rempel said.

“Limited consultation seems to be a recurring issue [ . . . ] we definitely need to have more genuine participatory processes so that voices are heard from students and other stakeholders.”

Rempel was elected UMGSA president in May 2014, and did not receive any communication from U of M administration about the sports and recreation fee until November, when the university asked the UMGSA for a formal letter of support for a prorated fee to compensate for a month-long delay in opening the Active Living Centre.

The UMGSA council did not support the fee when it came to a vote shortly before the holiday break. The University of Manitoba Students’ Union supported the prorated fee, however.

“To us, this was an issue that was voted on, decided by a previous UMSU [Council], a previous Board of Governors, so rather than reopen it [ . . . ] we’ve just been fighting to make sure that we keep to the original agreement,” said Jeremiah Kopp, UMSU vice president internal.

“Nobody likes fees; nobody likes tuition or anything like that, but at the end of the day a capital project of this nature that allows an improved health and wellness facility on our campus is good for everybody.”