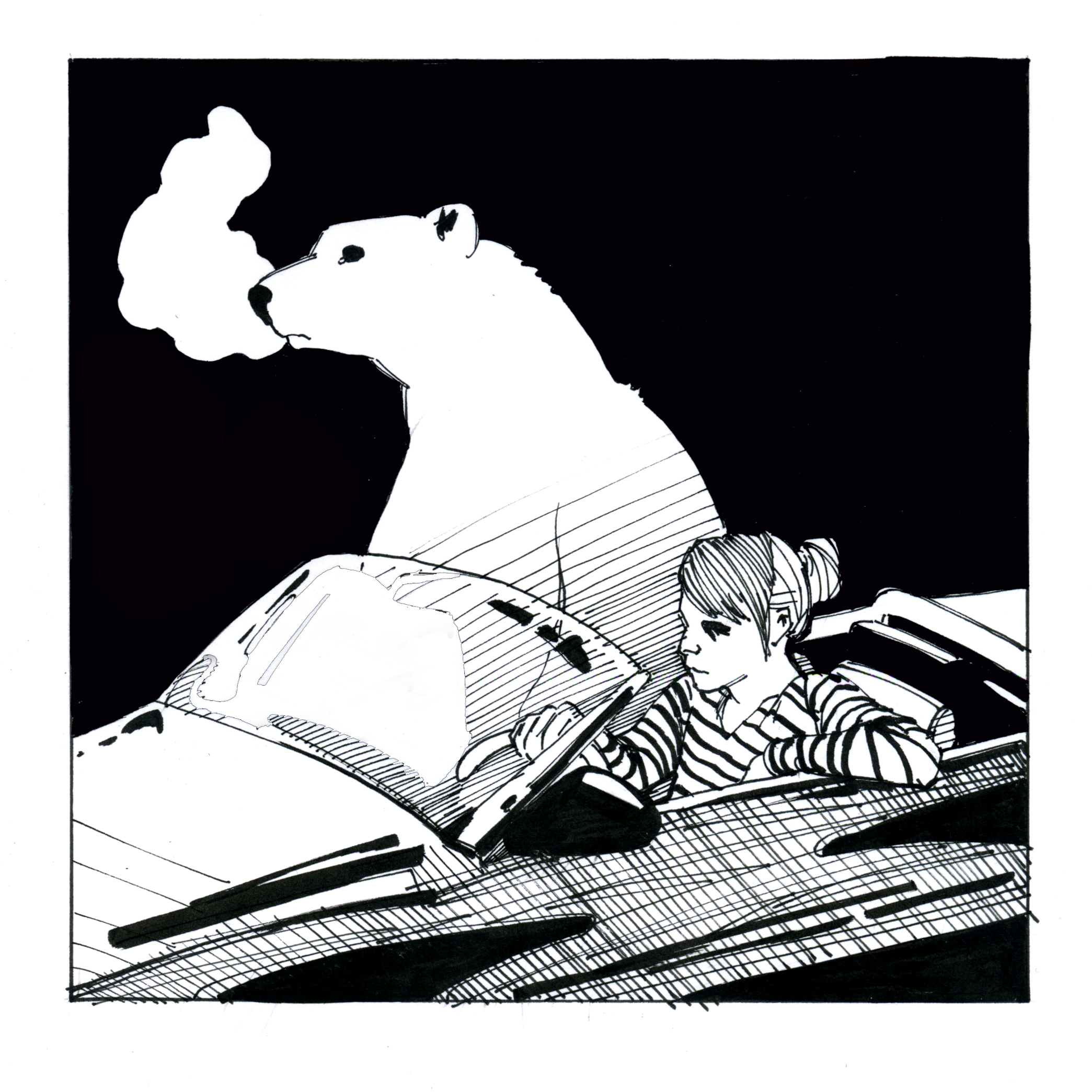 It was a weird Thanksgiving. I peeled out of the driveway of my mother’s house in a LeBaron that she would never drive again. The last words I said to her were, “I’m leaving.”

I raced down the gently winding street of my otherwise perfectly quiet gated community. The old divorced battle axes couldn’t open the blinds fast enough to see who was making all that noise. At the front gate of the Golden Bear Estates (the developers swear they had no idea who Jack Nicklaus was) I came to an aggressive stop and let that butthead—Gord—open the gate for me. He was smiling at me with the mouth of a ventriloquist, saying through his smile, “you little fucker.” I wondered what his loudmouth wife had said to him before he left for work that morning. She probably told him to get a real job. Gord pressed the big green “OPEN GATE” button for me, and began with the small talk that is typical of subservience.

“Well, drive safe. Lot of people on their way to be with their families today.”

Had I not been in such a rush to leave, I would have put the top up on the LeBaron to avoid our excruciating exchange. There was silence for what seemed to go on for generations when the gates of the Golden Bear Estates finally opened just wide enough to let an ’87 LeBaron go roaring through. As I left, Gord sighed and pointed his eyes to the ground. Without looking, Gord reached with his right hand, found the big red “CLOSE GATE” button, pushed it, and said to himself, “this is horse shit.”

Truthfully, I didn’t know where I was going with this LeBaron. Not to my old man’s house, that’s for damn sure. I’d pass on another awkward hello with a woman I was meeting for the very first time, thank you very much. The more I thought about where I was going to or running away from, the less I was focusing on my driving. My mind was wandering and the potholes were sitting there – waiting. Their mouths open like they were in line for the buffet at Cathay House. In no time, I hit a big one.

“JESUS CHRIST!” I yelled as the LeBaron drove over the concrete abyss. The force of the impact nearly threw me from the LeBaron. With my heart in my throat, I turned down the radio and slowed down to let the LeBaron tell me what kind of shape it was in. I could hear the sound of a terrible grind, and all I could say was, “this is horse shit.”

I pulled the LeBaron to the side of the road and turned on the hazard lights. Ahead of me, a city worker held a “SLOW” sign in her left hand. Road work ahead. She let the sign lean against her body as she adjusted her glasses, pushed her hair aside, and dug deep in her pockets to find a smoke. She eventually found a cigarette in the pockets of a co-worker who was holding a shovel but not paying attention. She lit the cigarette, took in a deep haul, and exhaled a toxic cloud of relief. She then jerked her arm out to reveal her wrist watch from underneath her long-sleeve safety gear, checked the time, and while shaking her head, muttered something like, “this is horse shit.”

After a long, blank stare into the distance, the city worker turned her attention to the LeBaron. She was likely wondering what a LeBaron with the top down was doing on the side of a busy street with no parking. After a while, though, I could tell that she recognized the LeBaron. And I knew she did, because she was my mother’s old friend and current number one enemy, Judy. I put my head down, wishing that I had put the top up on the LeBaron, and reached for my phone.

“Great, now what?” I wondered aloud. I couldn’t call my father, I just made my mother cry, and I didn’t have the Haynes Repair Manual for mid-size Chryslers 1982 thru 1995. Minutes passed while I sat frozen in the LeBaron. My forehead had taken the shape of the steering wheel when suddenly, I heard a low, growly voice from the passenger side say, “you look lost, man. You okay?” I lifted my head to turn towards the voice, and was shocked when I saw who it was. It was Hudson, the talking polar bear from the Assiniboine Park Zoo.

“Listen, man, I’m not gonna hurt you, but it’s important that I get into this LeBaron.”

Hudson hopped into the LeBaron. Reluctantly, I turned off the hazard lights, put the LeBaron into drive, and drove the LeBaron slowly past Judy, like the sign said. She smiled the same ventriloquist smile as I had just seen on Gord’s face, waved politely as acquaintances should, and butted the shoveler’s cigarette on the road with her CSA safety boot.

What ensued was a daring journey to the north perimeter of Winnipeg in a struggling LeBaron. A journey of discovery made possible by the unlikely pairing of two of Winnipeg’s more privileged lost souls. We took turns both as the talker and the listener, hoping to discover more about ourselves and each other. Hudson wanted to know why people would want to live in a gated community. He would say, “man, that sounds like horse shit.” I would then ask Hudson why some animals could speak to humans but other animals could not. Or why people only gave a shit about the animals who could speak to humans in the first place. Hudson wanted to understand why a white boy from high-income earners would be so strongly opposed to going to university, getting a job, paying taxes, or voting. He wanted to know why it was so difficult to make a city work. “You all value the same basic things, don’t you? You know you’re not that different from us polar bears, man,” Hudson said with a grin. I wanted to know how Hudson got out of his cage so easily, and why he thought the LeBaron could make it all the way to Churchill. How far away did he think Churchill really was?

“You know, Hudson, the plight of the polar bear is something else.”

“We’ll be fine, man. You humans worry about us too much.”

And then, the wheel finally stopped turning. The journey to the north perimeter was barely incomplete. The LeBaron let out a terrible roar as the front passenger-side wheel broke off from the axel and came to rest in a wetland drainage trench. The wheel stood as a rubber prairie monument until the next generation of workaday Winnipeggers eventually grew sick of the wreck of the old ’87 LeBaron off Highway 7.

A cold, October wind was blowing in from the north, carrying with it the smell of horse shit from the ranches surrounding Winnipeg. Why, why did I leave the top down? Before self-loathing could start to consume us, Hudson looked at me and said, “good luck, man.” Hudson crawled out of the LeBaron which was now only partially blocking the right lane of Highway 7. Irate motorists honked as they passed by.

I watched Hudson walk north until he was completely out of sight, and then I called my mother. She finally arrived, and I quietly got in her truck. We both sat, listening to a CJOB newsman cover the developing story of Hudson the polar bear’s daring escape from the Journey to Churchill exhibit at the Assiniboine Park Zoo. In the silence of my mother’s truck, as we turned into her tire-marked driveway, I heard that Hudson had been located and captured by the new police chopper. Hudson was on his way to his new home in a more secure area of the zoo.