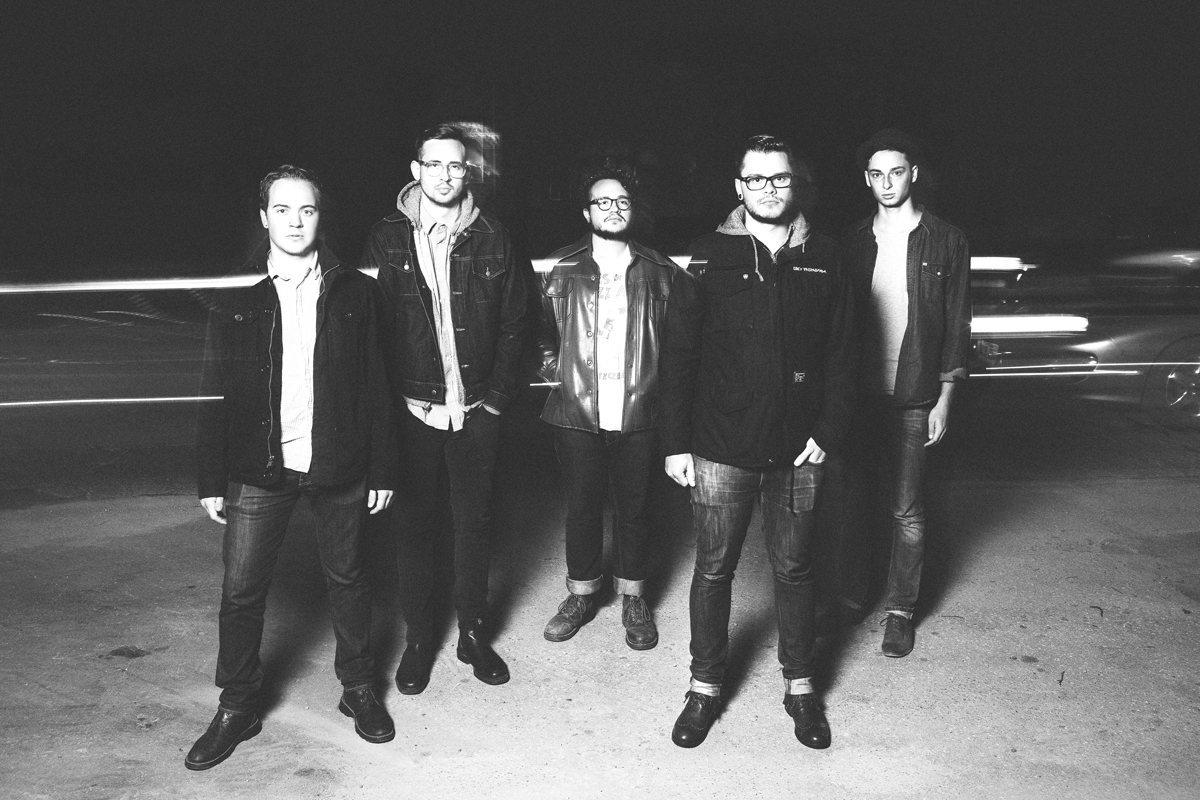 It is a chilly Tuesday night when I arrive at Cousins Deli & Lounge to meet with Winnipeg band, FINN. The guys seem to decide unanimously on dark beer, and we hole up in the quietest corner we can find.

Right away it’s obvious – they are ready to release their EP. In the short year since they have begun to play shows around the city’s venues, have gathered a considerable fan base and are gearing up for tour in the spring of 2015.

It seems that FINN has, as they say, skipped the part where they have to open for other bands. How exactly did they manage that? It would appear to be a combination of first, being seriously talented, and second, born into a family of musicians. Although it is safe to say that Darren Hebner and Cody Iwasiukaren’t related to brothers Daniel,John, and Matthew Baron, that is merely a technicality at this point.

“Siblings aren’t always good friends, but in this case, we are,” said Matthew.

FINN will release their EP on Dec. 5 at the Good Will Social Club, one of Winnipeg’s newest music venues. The bar has already seen an impressive roster of acts, including John K. Samson. But the real reason it is perfect for the guys?

It is easy to think that FINN may have stumbled onto their success through luck, but all of the members have been in bands that did not make it past the community centre phase, and they are putting what they have learned into making this one stick.

“We’ve all done the grunt work [ . . . ] we’ve all played in bands in high school, we’ve played those awful shows that make you want to quit music,” said Hebner. “We know what we need to do to get to the next stage, so we’re not letting ourselves make a lot of the mistakes that brand-new bands do.”

Another thing about working with family and good friends is that you can be honest about things you dislike.

“We get the most done because we’re not married to an idea [ . . . ] we’re open to criticism, and it’s okay if the other person doesn’t like it. If it’s not working, alright, it’s not working,” said John.

The songs on the EP showcase the intricate harmonies and chord progressions that the group is capable of. FINN’s track, “Cold Comfort,” nods to Band of Horses with its sleepy guitar and affecting vocals, while “River’s Shore” begins to experiment with tempos and riffs.

The production on the tracks is a testament to the group’s attention to detail.

“We went into the studio and recorded in three weeks,” said Daniel. “The hardest part was the post-production – we were being picky about how everything was mixed and mastered and how it came out in the wash.”

For more information, go to ep.finnmusic.ca.

A guaranteed basic income will make the rich richer