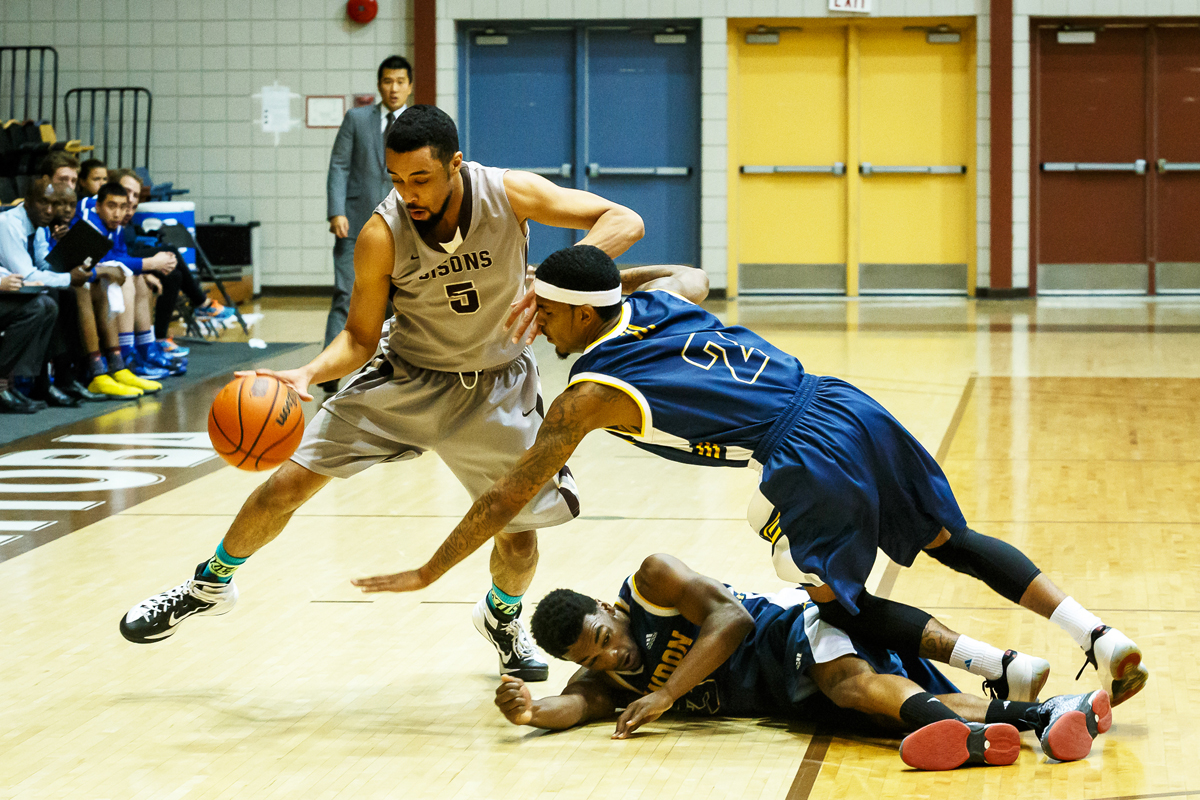 The University of Manitoba men’s basketball team continued their hot start to the 2014-15 season, grabbing a pair of wins over the weekend against the Brandon Bobcats. Manitoba led early and often in both games, taking it to the winless Bobcats. AJ Basi led the team in points in both games, recording 25 on Friday and 19 on Saturday.

Friday’s game was the closer of the two. The Bisons took a 24-12 lead into the second quarter, but Brandon was able to fight back, using their speed to get a number of good looks. The Bobcats outscored Manitoba 27-15 in the second frame, and the two teams went into the half tied up at 39.

The second half was a different story entirely, as the Bisons outscored Brandon 54-39 over the final two quarters, securing the 93-78 win. Basi scored four three-pointers in the second half, and credited his open looks to the play of the team’s power forwards, specifically Wyatt Anders, who was aggressive in the paint all game long.

“It was for sure a product of what Wyatt [Anders] was doing down low,” Basi said. “Him getting a couple of easy buckets opened up everything for all of the other guards.”

Saturday’s rematch was never close. Manitoba led by 10 after the first quarter, and then erupted for 34 points in the second quarter to pull away. Five different players scored in double figures for Manitoba, and Anders was a phenom on the boards, picking up a double-double, with 14 rebounds and 10 points in the 102-67 shellacking.

Vanessa DeVries was the leading scorer for Manitoba in the opening matchup, with 12 points, while Robyn Eyer put up a team-high 11 points the following night.

When asked what the team needs to do to improve going forward, head coach Michele Hynes said they need to display more “effort and passion.”