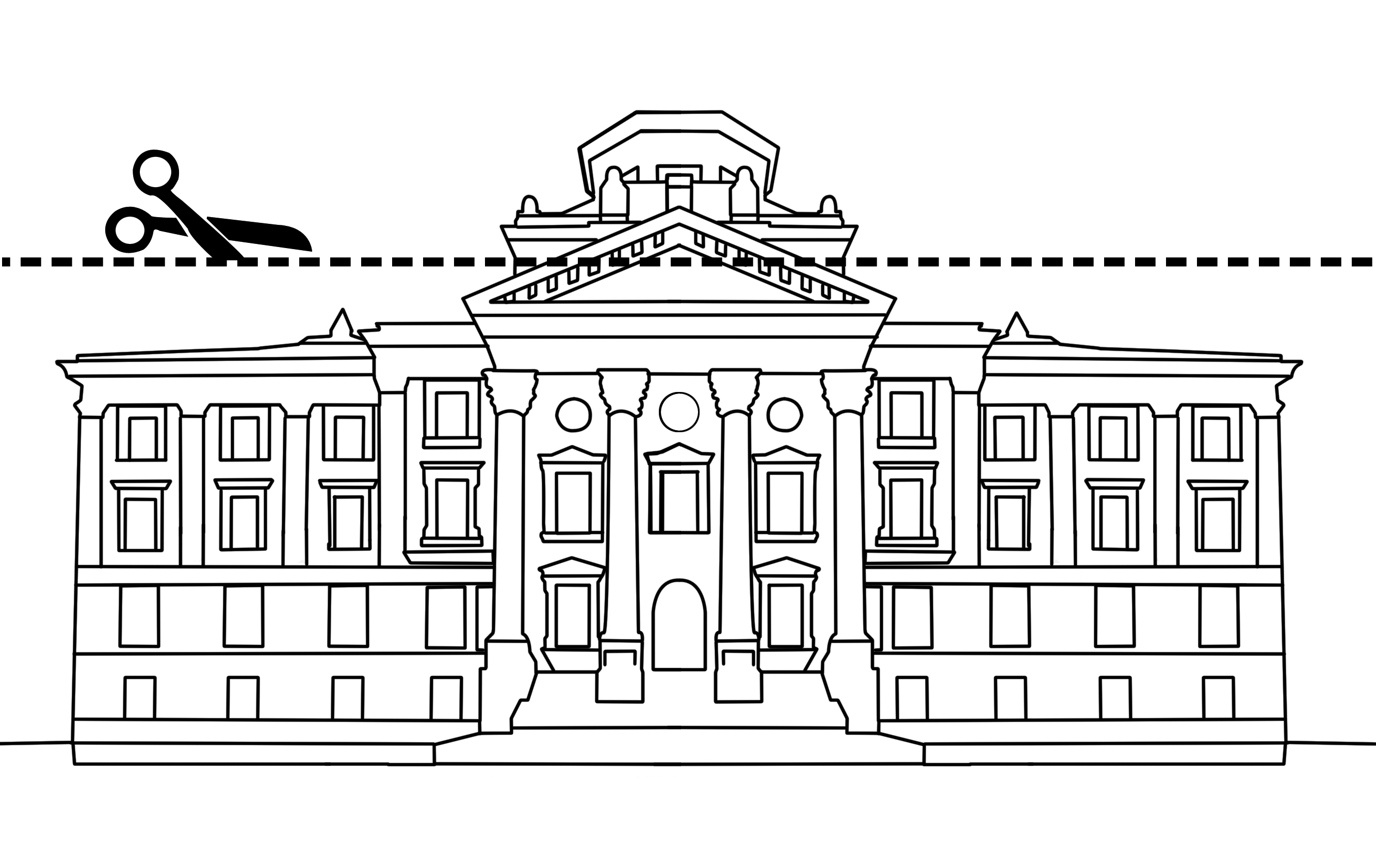 The University of Manitoba administration has instructed faculties and other non-academic units to prepare for budget cuts of between three and four per cent for the 2015-16 academic year.

John Danakas, executive director of the marketing and communications office at the U of M, emphasized that U of M president David Barnard will be speaking to these matters next week. According to Danakas, the proposed cuts are contingent on how much the provincial government increases its annual operating grant for Manitoban universities.

The provincial government increased the annual operating grant for all universities in the province by 2.5 per cent in their March budget for 2014-15, surprising post-secondary institutions that were preparing for an increase of zero.

According to Danakas, cuts may be necessary given that the U of M faces a budget shortfall of $10.5 million even if the operating grant increases by 2.5 per cent. The grant makes up 56 per cent of the U of M’s operating budget.

“We’re certainly in a period of fiscal restraint,” Danakas told the Manitoban, adding that the U of M is legally required to maintain a balanced budget.

“The University of Manitoba has been underfunded for several years relative to other medical, doctoral universities across Canada, and one of the main sources of revenue—tuition—has been frozen or restricted to minimal levels.”

Following a 1999-2000 decrease in tuition fees and a decade of tuition freezes in Manitoba, the provincial government allowed universities to raise tuition by up to 4.5 per cent in 2009 and up to five per cent in 2010.

Danakas pointed out that the U of M is faced with a situation where they cannot raise tuition higher than the rate of inflation. Nor can they rely on steady increases in the annual operating grant from the province as compensation for low tuition fees.

Students and faculty members are questioning whether the cuts are fully justified and whether the level of transparency in the university’s budget process is sufficient.

“In general, students aren’t consulted in any way when it comes to where budgets are going [ . . . ] right now that’s non-existent,” said Kaitlyn Gibson, a fourth-year global political economy student at the U of M.

“Our tuition rises every year. How is that being allocated, and is our administration working in the most efficient way? [ . . . ] We need to be talking to them and there needs to be an understanding of what the issues are, and they should know that students are concerned, and that they do want to be part of this.”

Gibson, along with several other students and faculty members, has organized a public assembly to be held on November 26. The assembly will act as a means of organizing resistance to the impending cuts while also seeking more information about the budget process.

Robert Chernomas, a U of M economics professor critical of the proposed cuts, is slated to speak at the assembly.

Chernomas argues that the university’s claims of a funding crunch are misleading. He claims that the U of M is spending millions in administrative costs—including through communications and marketing—that should be allocated to faculty and other academic areas.

“They are making choices that may not be consistent with the interest of students, professors, and staff at the University of Manitoba. And so what we want to be able to do is make those decisions transparent,” he said, conceding that the U of M did experience a decrease in its operating grant in 2013 and 2014 relative to previous years.

“They are still playing with an awful lot of money that they are using for other purposes that could make it possible not to have cuts to faculty and instead continue funding students, graduate students, [and] libraries so we don’t have fewer courses or larger class sizes.”

The Canadian Federation of Students-Manitoba (CFS-MB) passed a motion at their November 6 provincial executive meeting that repudiated the proposed budget cuts at the U of M. The motion also vowed that the CFS would lobby the provincial government to increase funding for post-secondary education in next year’s budget.

“Be it resolved that CFS-MB support all University of Manitoba community members in their efforts to resist austerity at the university and in post-secondary education more broadly,” the motion stated.

“Be it further resolved that CFS-MB immediately launch an anti-cuts campaign at the University of Manitoba in collaboration with all interested students and student groups, faculty members and organizations, unions, staff and the broader community.”

“The university budget isn’t transparent, and it isn’t accessible, and it’s unclear how these decisions are made,” he said.

“To my understanding, students aren’t bringing these concerns up, and if their elected student representatives are privy to this and have a say on this, they aren’t making it known.”

Al Turnbull, president of the University of Manitoba Students’ Union (UMSU), has known that the U of M was preparing for cuts over the last year and a half.

In his role as UMSU president, Turnbull sits on the Senate’s strategic planning committee and is a member of the university’s board of governors. He argues that the U of M is faced with difficult choices given the funding outlook from the provincial government and that UMSU is committed to lobbying the government for more stable funding in anticipation of the 2015 provincial election.

“This is in many ways a dark time for the university, where they can’t make any moves to raise tuition and they haven’t been given the amount that has been promised them from the province,” he said, adding that the U of M was making long-term projections on the basis of a larger and more steady funding increase from the provincial government.

“When there’s no money, you can’t make any perfect decisions [ . . . ] I’m in all the meetings and I have a fairly good understanding of the situation right now that the university is in, and it isn’t good, and it hasn’t been good for a year and a half.”

“Faculties are being asked to plan for four per cent cuts next year, and four per cent cuts the year after. As far as what that means for UM students, I would suggest that you, and any other interested students, inquire about this with their Deans and with the Office of the President, and demand to know what is on the chopping block. In Arts, which is my own Faculty, it’s impossible to imagine how cuts of this magnitude won’t impact seriously on our programs, course offerings and class sizes. With just a 1.5 per cent cut last year, departments across Arts were already forced to chop a very significant number of courses,” Hudson said.

4 Comments on "Budget cuts coming to University of Manitoba"