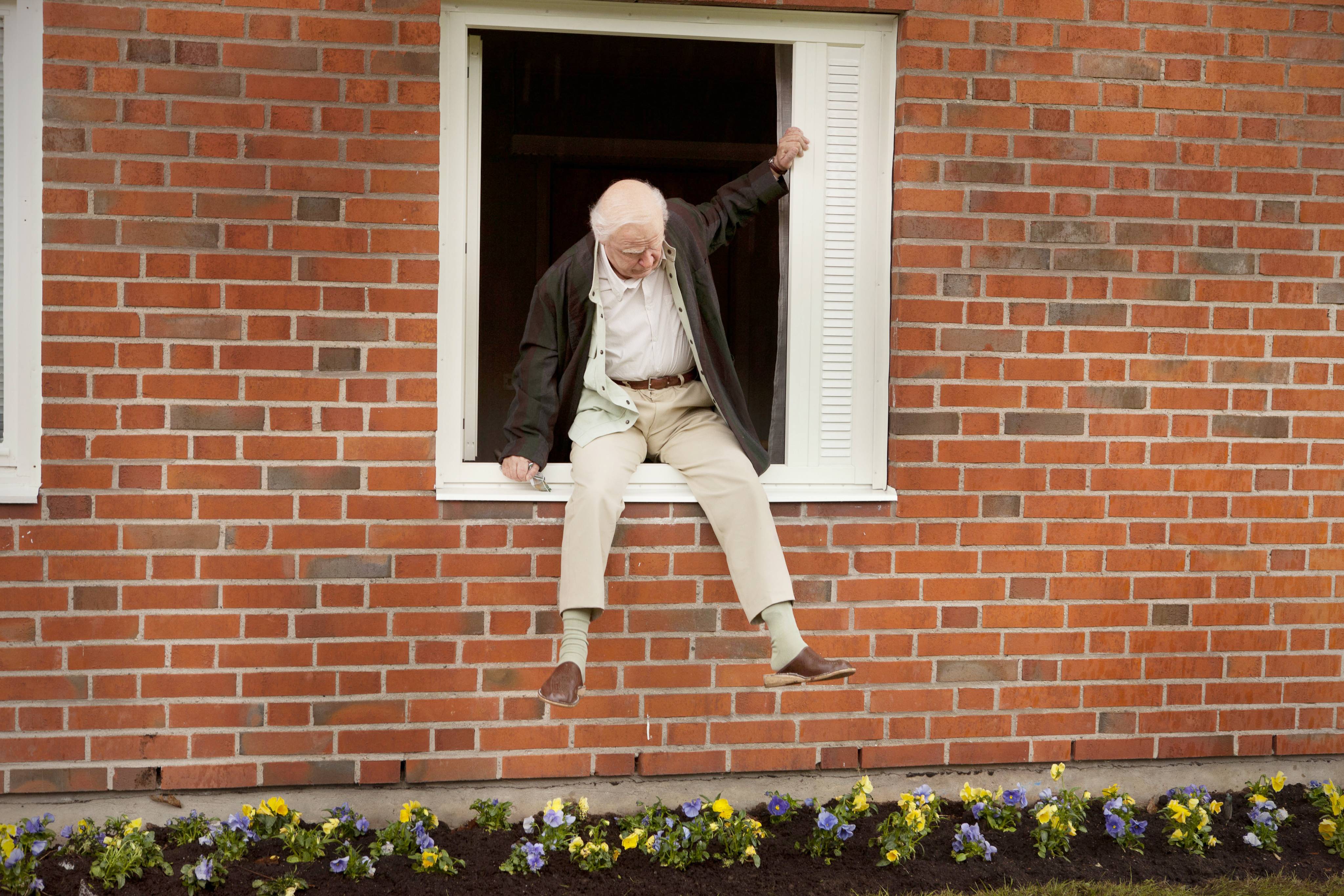 “If you want to kill me, you better hurry, because I’m a hundred years old” – Allan Karlsson.

Best-selling Swedish novel The 100-Year-Old Man Who Climbed Out of the Window and Disappeared tells the tale of centenarian Allan Karlsson and his wild travels outside his retirement home. With a Swedish film adaptation of the same name, The 100-Year-Old Man will be screened at Winnipeg’s Cinematheque later this month.

Written by journalist Jonas Jonasson, the story has subsequently been published in 38 countries in several different languages. As his debut novel, The 100-Year-Old Man Who Climbed Out of the Window and Disappeared has sold over six million copies worldwide.

“It is always difficult to adapt a book to film, but I could not resist The 100-Year-Old Man when I got the chance,” said director Felix Herngren, in a press release.

“It is a delightfully twisted story with rich characters, and situational comedy at its best.”

Uninterested in his upcoming birthday celebration, the 100-year-old Allan Karlsson—as the long-winded title suggests—escapes through the window of his retirement home. After stumbling upon a briefcase full of drug money, the old man finds himself on the run from an angry drug lord and a slew of criminals.

The story also explores the greater historical context of the centenarian’s life. As a man involved with the development of explosives through the 20th century, Karlsson found himself in comedic situations with important historic figures, such as Joseph Stalin, Winston Churchill, and Harry Truman. Karlsson was present for some large historical events, such as the testing of the atomic bomb. In this way, The 100-Year-Old Man is reminiscent of 1994 Academy Award Winner Forrest Gump.

“Allan Karlsson is doing what many of us westerners should do. Do not worry about the future, use your gut instinct and do not fret over yesterday’s troubles,” explained Herngren.

The 100-Year-Old Man wasreleased in Sweden on Christmas of 2013. The adventure-comedy has subsequently set record numbers in its homeland. Ranked number one in the box office for 2013, The 100-Year-Old Man is on track to overtake The Girl with the Dragon Tattoo as the top-grossing film of all time in Sweden.

The Scandinavian film has yet to mobilize a similar audience in North America – despite its universal subject matter. The demographics of Sweden—25 per cent of their population fall over the age of 60, placing the country 8th in the world—may account for the film’s popularity. In comparison, Canada and the United States did not make it into the top 23 in this category.

James Borja, host of “Ultrasonic Film,” one of Canada’s longest running community radio film shows (live every Thursday at 10 p.m. on UMFM 101.5), hypothesizes a difference in business models between the continents to account for the differences in attendance of the film.

“This is certainly going to be a generalization, because of course a lot of big budget Hollywood films do very well in Europe [ . . . But] I think European audiences embrace a lot of different types of films. And I think we do [too], but I think we’re faced with a corporate business model that perhaps Europeans filmmakers are not so controlled by,” explained Borja to the Manitoban.

With a reputation for international eclecticism, the Cinematheque is the only theatre in Winnipeg currently planning to screen the Swedish success.

“The Cinematheque strives to bring in international and independent films of a high artistic calibre which do not play here otherwise. We chose this film based on its artistic merit and critical acclaim,” Cinematheque program director Dave Barber told the Manitoban.

“Large venues such as Silver City are set up to cater to Hollywood and whatever will make the most amount of money,” said Barber.

“We are screening films for the love of cinema. We get it.”

The 100-Year Old Man Who Climbed Out of the Window and Disappeared will be playing at Cinematheque (100 Arthur Street). For more information on shows and show times at the Cinematheque, visit winnipegfilmgroup.com/cinematheque

Not over the Hill