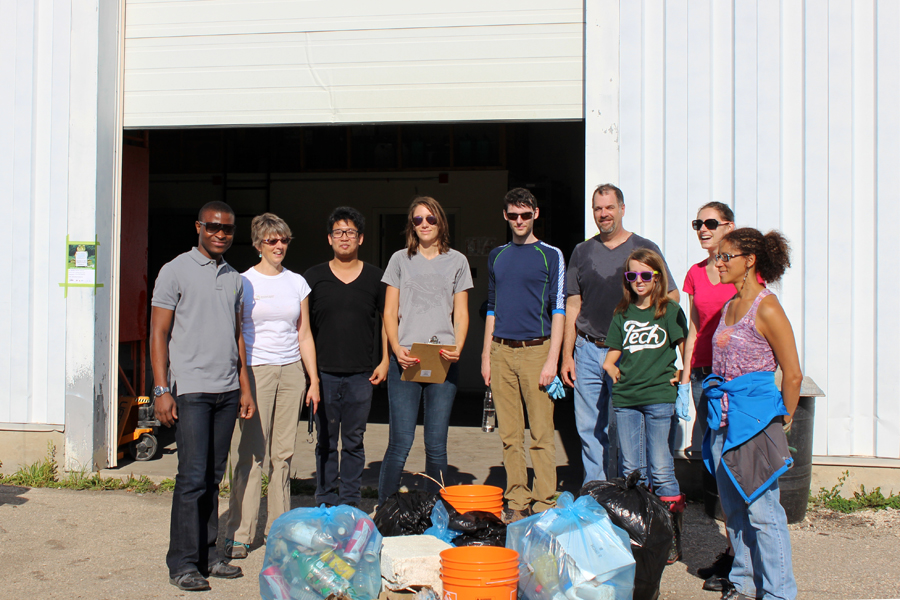 The first-ever Red River shoreline cleanup took place on Friday, Sept. 26 along the shoreline of the University of Manitoba campus. Nine volunteers contributed to the project, spending nearly two hours walking along the riverbank and collecting any waste materials they came across.

Selena Randall, the research development co-ordinator for the Watershed Systems Research Program (WSRP), organized the event as part of a national campaign to facilitate research and understanding of the health and state of Canada’s aquatic ecosystems.

The nationwide watershed restoration project is not just about cleaning the environment. According to Randall, it is about collecting information about what is there.

The volunteers split into two teams, each combing over a different section of the riverbank. As they picked up garbage, they recorded information about each piece of litter they found, which will be sent to a national database of shoreline health.

“Every piece of trash is something that an animal might eat or try to use, and because it’s not part of the natural environment if we can remove it, it’s a good thing,” Randall told the Manitoban. “Every little bit helps, and we do the beautification of the campus once a year, so it’s nice to do the shoreline as well.”

In addition to things like bottles and plastic bags, the volunteers also came across a great deal of building materials—foam and cardboard—and other larger items.

“Most of the garbage we found we could not even pick up, such as metal pipes and wooden beams, which would have busted our total in terms of mass by a lot,” said Genevieve Ali, U of M assistant professor of hydrology and junior chair on the WSRP. “This is definitely an underestimation of what was actually encountered.

“We kind of take our rivers for granted. We have a very antagonistic relationship with them,” Ali added.

“We want to live close to them because they’re pretty, but we’re angry when they flood – which is a natural process. Then we want them to be clean and blue; but at the same time we basically dump our garbage in them.”

“I would really like to see more participation in terms of students volunteering to do this sort of thing next year,” said Landry. “I think it’s a good way to get out and do something important for the environment that will have a lasting impact.”

As she had never organized something like this before, Randall did not want to promote the event too widely. After their first positive experience, she said that she would be happy having more people involved next year.

“There may even be scope to make a real University of Manitoba effort,” said Randall.