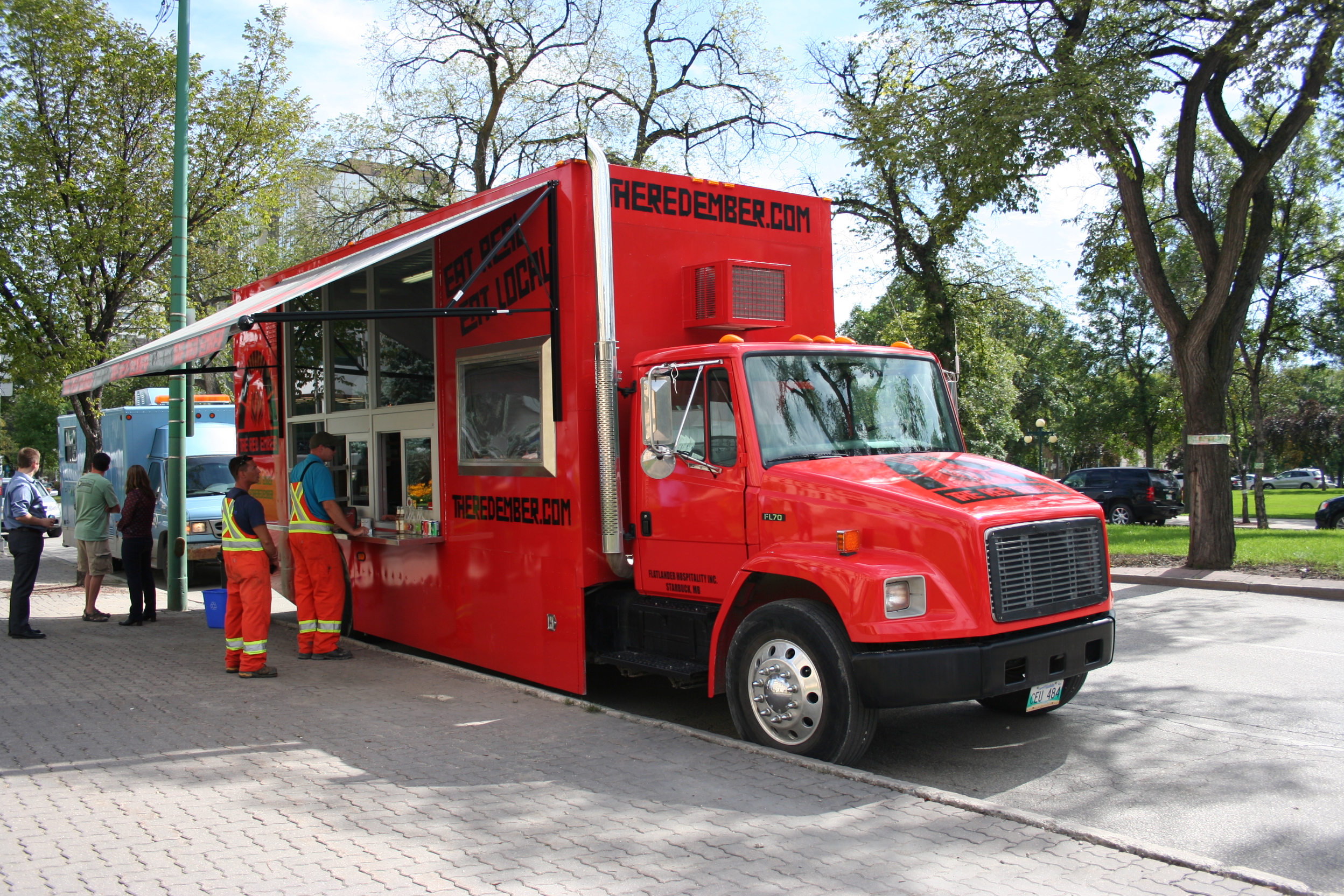 Winnipeg may have been a latecomer to the food truck trend, but these mobile kitchens are now dominating the culinary scene.

Three years ago, food trucks were virtually nonexistent on the streets of Winnipeg. Unless you were looking for a greasy hotdog, you wouldn’t have thought to take to the streets in search of lunch.

That all changed in 2011 when El Torrito introduced their fresh Mexican food to the streets of Winnipeg. Winnipeggers loved the creativity behind the mobile Mexican restaurant, and so began the rise of the food truck.

In the summer of 2013, Winnipeg saw a huge influx of street vendors setting up on the downtown pavement. Everything from wood-fired pizza, to Thai food, to Filipino food, to Southern barbecue, to falafels, to freshly made artisanal ice cream took to the streets in a menagerie of multicultural cuisine – mirroring our city’s diverse citizenry.

The majority of the rolling restaurants can be found weekdays on Broadway between Memorial Boulevard and Fort Street, with their locations varying daily, as locations are decided on a first-come-first-serve basis. To let customers know their location for the day, many vendors have taken to social media, tweeting their location and specials to dedicated followers.

Peg City Grub (@PegCityGrub), a food blog that posts about Winnipeg eats, retweets locations of the vendors to keep the foodies of Winnipeg up to date and well-fed.

The best of Broadway are battling it out, until Sept. 7, at Winnipeg’s downtown festival, ManyFest, to determine the People’s Choice Winner and the Judges’ Award Winners: Best Presentation, Best Bang for Your Buck, and Most Original.

With such an assortment of options for a mobile meal, it can be difficult to decide where to start. Here are some highlights:

Pimp My Rice aims to bring the taste of the Philippines to the streets of Winnipeg, saying “nothing transports a Filipino back to the motherland faster than his tastebuds.” Ranging from their Pansit Bihon (a noodle dish) to Turon (deep-fried banana rolls), they deliver a delicious lunch every time. You can even buy your very own Pimp My Rice t-shirt.

Chef Darryl Crumb (Top Chef Canada) of Tot Wheels has adapted his grandmother’s potato pancake recipe to the benefit of Broadway. He uses fresh garden ingredients, like vegetables and herbs, and adds a non-traditional spin to the latkes using grilled meat and mouth-watering sauces. But the creativity doesn’t stop there. Following in the tradition of the name of the rolling restaurant, each menu item is named after a car.

Vilai Pinasouc is a recent culinary arts graduate from Red River College and the chef behind Vilai’s Spice Box. Her food is Asian-influenced, and she plans to stick around selling food on the streets throughout the winter. She sells coconut banana fritters, samosa nachos, Asian-inspired burgers, and spring rolls, to name a few. Her kitchen can typically be found around Broadway and Edmonton.

And this is all just the beginning. The process for a food truck to get out on the street involves some serious hoop jumping – in order to obtain licences from the province, vendors must first receive a permit from the city.

As of June 16, 123 food truck vendors were licensed, and another 25 were on a waiting list. By spring of 2015, the province plans for the licensing process for vendors to be simpler, as the province will take over both permitting and licensing. We will have many more food truck launches to look forward to in the upcoming year.

Why I want to date a dugong

Unity in the middle of Portage and Main