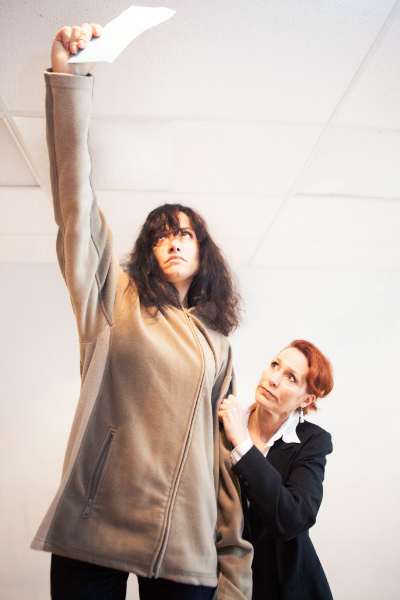 In the early 2000s, a time when women accounted for 27 per cent of the playwrights produced on Canadian stages, Sarasvati Productions launched FemFest, an annual theatre festival that showcases works written by women. This year’s festival, She’s Got the Power, runs Sept. 13-20.

The festival is run in an effort to increase the diversity of voices being represented onstage, as well as in the hopes that it will contribute to a shift toward gender equity in Canadian theatre as a whole.

The festival’s directors work hard to find scripts from all over Canada from women of diverse backgrounds .

This year, Tyler White is among those whose voices will be represented, as the playwright of Launched.

In White’s play, the protagonist Cathy and her siblings are in their late 40s but have failed to “launch” – that is, to create an identity separate from their parents’. After the death of their mother, Cathy decides it’s not too late to face her fears and follow her dreams.

White, whose background is in social work, says she wanted to write a play that would “inspire, challenge, and encourage people to create change in their life.”

Thus empowerment is a major theme in Launched, and White hopes that audiences will be inspired to reflect on their own lives and choices, and maybe question some of the beliefs they’ve held about themselves, or dust off a dream they’ve put on the back-burner.

Although the protagonist is in her late 40s, White believes that the play is relevant to people of all ages because, as she says, “It is about dreams, and we have dreams at whatever age we are.”

For students in particular, she relates Cathy’s journey to the process of going to university and being exposed to different beliefs than one might have experienced in their families, schools, or communities.

FemFest organizers strive to have a variety of voices represented in the festival.

“I think it would be wrong for us to say that all women’s experiences are the same,” says FemFest founder and artistic director Hope McIntyre.

“We try to have a diversity of artists expressing their life experience [ . . . ] allowing audience members to experience a new point of view.”

McIntyre says that sometimes people worry that if a show is about social issues, it will be a lecture or educational, but says that audiences find the shows above all entertaining and inspiring.

Admission is intentionally kept affordable at $10 for a single show ticket, with funding to cover costs sought in other ways to keep the festival accessible.

Beyond producing entertaining and inspiring theatre and showcasing talented women, the festival’s long-term aim is to affect Canadian theatre on a wider scale.

McIntyre envisions the festival serving as a launching pad for female playwrights, and allowing emerging artists to have their first experiences, so that in the long term there are more women and people of culturally diverse backgrounds being produced on the main stages.

“Audiences can come and enjoy theatre and also be supporting a shift towards more equity in terms of both women and cultural diversity,” says McIntyre.

Veganism is both personal and political