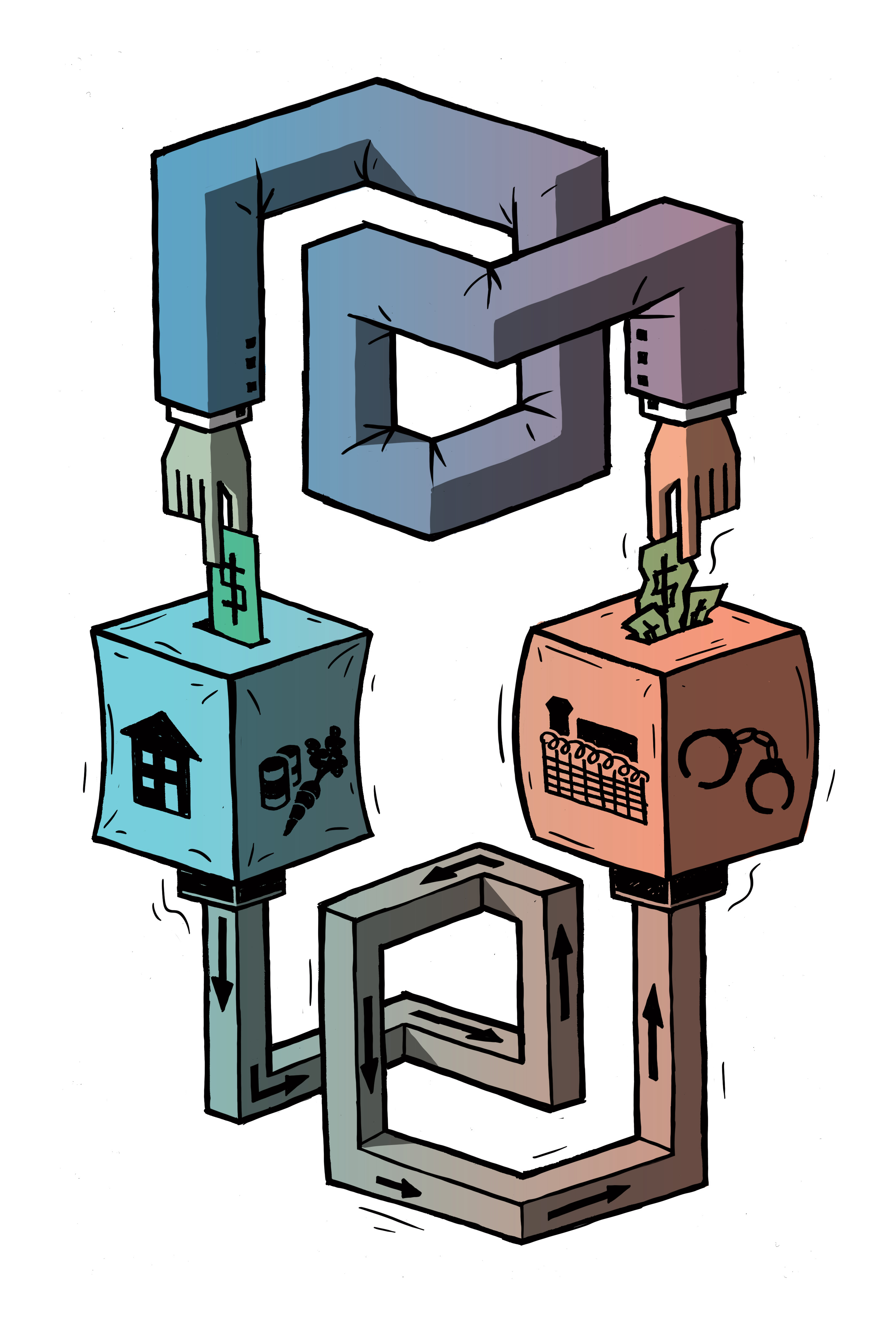 You would think all Republican primary candidates would take a tough-on-crime approach as part of their policy platform. But you would be wrong.

Former congressman and 2012 Republican presidential candidate Newt Gingrich, once a believer in the tough-on-crime approach, now argues that increased spending on incarceration is unnecessary, and spending on crime prevention instead is the way to go.

Even Gingrich, a lame duck candidate, has some sense of rationality when it comes to tackling crime. But here is the really irksome part: in the face of evidence to the contrary, Prime Minister Stephen Harper and his cabinet remain bent on passing legislation to build more prisons and increase sentencing time.

Harper’s policies go against nearly every study that has been done on this issue. The research has shown that an increase in jail time does not decrease crime. It can, however, potentially increase crime because people convicted for petty crimes that get longer sentences will eventually be released as much more hardened criminals.

I’m not saying we shouldn’t have prison sentences for hardened criminals, but there are better approaches to dealing with crime than the current federal government’s approach.

The thing about this rather unfortunate state of affairs is that, if a political party criticizes the tough-on-crime approach, it will seem to the general public that the party does not take crime seriously enough.

When it comes to dealing with crime, the idea of severe punishment is a bit too primitive, outdated, and simplistic. It would obviously take a lot more policy analysis and creative thinking to reduce the recidivism rate and ensure less people engage in criminal activities in the first place.

I don’t have the solution to the crime problem, but I know tougher sentences and more prisons aren’t the solution. The problems are poverty, unemployment, unchecked mental health problems, substance abuse, and systemic racism. Crime stems from all of these factors; it may seem obvious but it is apparently not obvious enough for politicians who advocate harsher penalties.

All that aside, crime in Canada has in fact been decreasing, contrary to what the mainstream media or politicians might say to a terrified electorate. According to research by the Canadian Centre for Policy Alternatives, 2008 saw the lowest overall crime rate in the past 25 years. Violent crime has fallen by 14 per cent since 1992, and was at its lowest rate in 2008 since 1989. Similarly, property crime, which is down by 50 per cent since 1991, was at its lowest rate in 2008. Sexual assaults, break-ins, robberies, and auto thefts are also down.

If any of these statistics were used as feedback to legislators, it would point them to the conclusion that Canada is doing something right in terms of crime policy. However, the policies we are now enacting will have a negative effect on our justice system in the future. We must improve the justice system by improving social and economic factors so that the initial conditions influencing individuals to commit crimes is negligible.

Take, for example, the 2012 federal omnibus Bill C-10, which imposed more mandatory and harsher sentences. Federal and provincial governments have not adequately shown how they intend to cover the increased cost of this new policy. According to the John Howard Society of Manitoba, the bill will cost the province $90 million in expenses related to the required increases in prison space and operations.

How can governments have money for more prisons but no money to help out families struggling to meet basic needs?

Criminals are quite rational actors when they plan and execute criminal activities. The idea here is that when the marginal benefit of committing a crime is higher than the marginal cost, then criminals are rationally going to maximize their welfare by doing the crime, and do it again if the same conditions are present upon their prison release.

If the government policy toward crime prevention increased the marginal benefit of living a life without crime, only then would criminal actors think twice before committing crimes. Instead the Conservatives are ignoring the beneficial side of the equation and focusing on the demonstrably less effective method of increasing penalties, at the expense of taxpayers.

The idea here is to encourage a dialogue about what we can do to prevent crime before it happens. This would require us to let go of several of our fears around public safety. These fears seem to get the best of people on issues like this.

The extremist attitude usually wins when fear is rampant. It is about time we fundamentally rethink how we prevent crimes, rehabilitate prisoners, and reduce recidivism rates.

Crime in Canada is at its lowest rate in decades and it is important that it stays that way. But it won’t stay that way if legislators keep up their tough-on-crime approach in the face of all the evidence indicating its ineffectiveness.