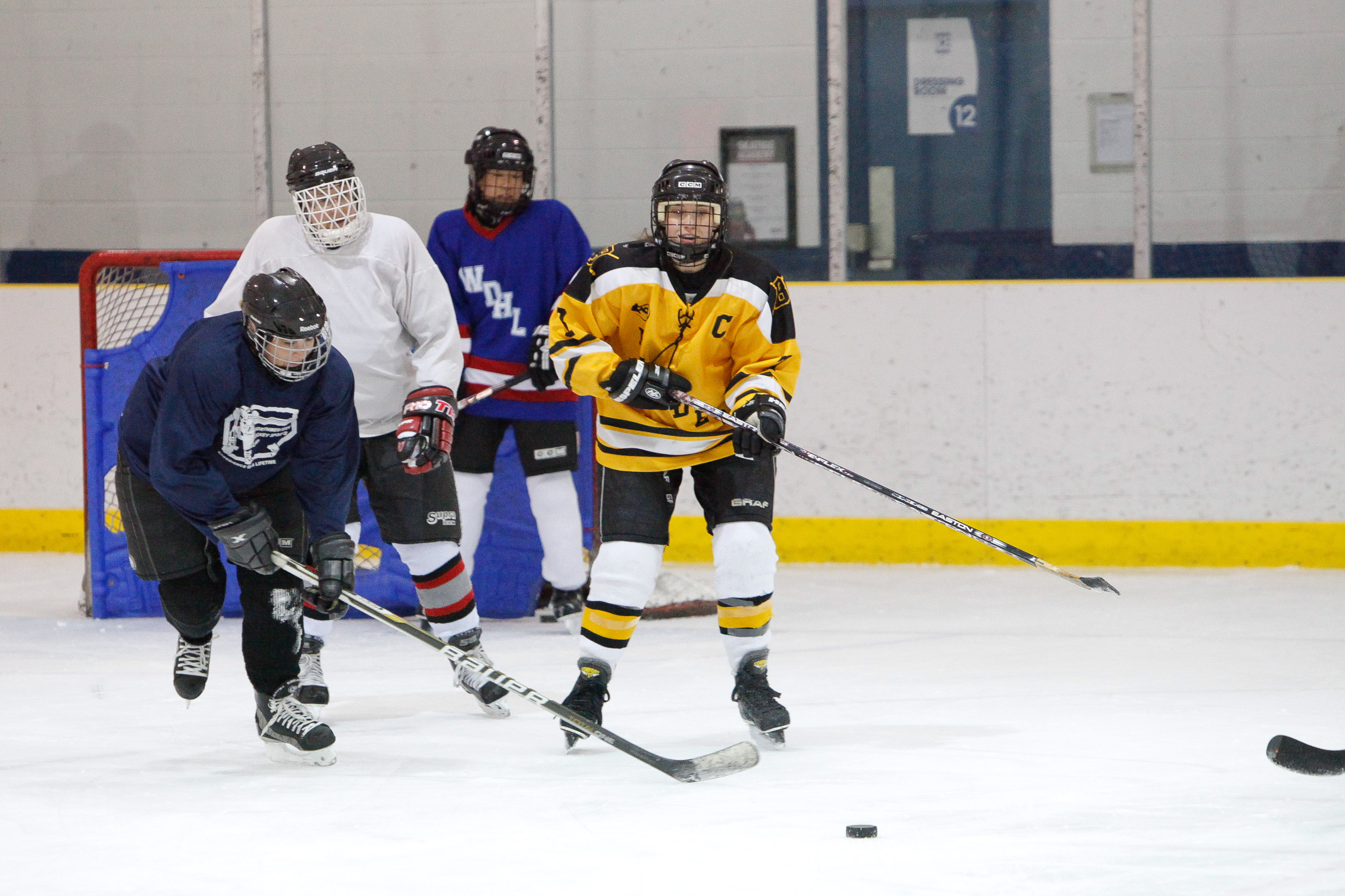 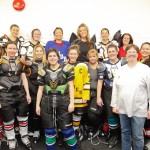 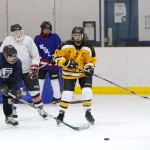 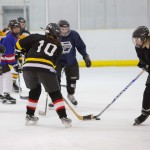 Canlan Ice Sports’ co-ed adult hockey program was “bursting at the seams” when some of the women expressed the desire to have their own program.

“It was really just kind of supply and demand; they sort of came to us,” said Tyler Stewart, programs manager at Canlan Ice Sports.

“It started off as a beginners’ program, but the same group of ladies kept coming out to it, that we couldn’t really call it a ‘beginner program’ anymore, because some of them are actually playing in the Women’s Adult Safe Hockey League [ASHL] now, which is our adult recreational league here. So we changed it to Women’s Hockey Fundamentals to make it [friendlier] for people with experience and beginners.”

The program was started last year, teaching hockey basics and helping women with their skating skills. Women’s Hockey Fundamentals is for those who’ve skated before but perhaps have never tried hockey, or those who’ve played before and “want to knock the rust off.”

Women can join the program as long as they are at least 16 years old, and some participants are as old as 50. Sean Fisher, programs coordinator at Canlan, said the majority of the students are aged between 35 and 45.

Each practice consists of 20 minutes of skating drills, 20-30 minutes of puck and team skills (stick handling, shooting, two-on-ones, etc.), and the last 10-20 minutes are devoted to a scrimmage.

Fisher instructs the program on the ice, catering the lessons and techniques “towards the skill level for that particular session.”

The program runs complementary to the ASHL, and many of the women in WHF are either already in the ASHL, or planning to join. Since January 2013, when the program started, the number of teams in the women’s division of the ASHL has significantly increased.

According to Stewart, 22-24 women attend each session. “We started with a clique of, say, 24 women the very first session we had, and then from there, you keep about half of them every session,” he said. “We really have a following of about 12-15 of these ladies [ . . . ] so with that being said you get about 10 or 12 newbies session over session. And then they might take a session off and then rejoin us.”

Liz Croome uses Women’s Hockey Fundamentals as an exercise program, and “thought chasing a puck would be a fun way to learn how to skate better.” Croome started the program with some experience as a ringette goalie, and is now in her third session and interested in joining a hockey league with some of the other women in the program. Since she started, Croome has improved her puck handling, and even “noticed that [her] balance is better in day-to-day life.”

Women’s Hockey Fundamentals is one result of the demand for women’s hockey programs. “The women’s game is the area of hockey that’s growing the most. I coach women’s high school and midget hockey here in town, and it’s the area where we see the most new participants coming in,” said Fisher.

“We find that almost half of our participants would have kids that are playing the game, and this is a way for them to kind of maybe connect with their kids and what they’re doing.”