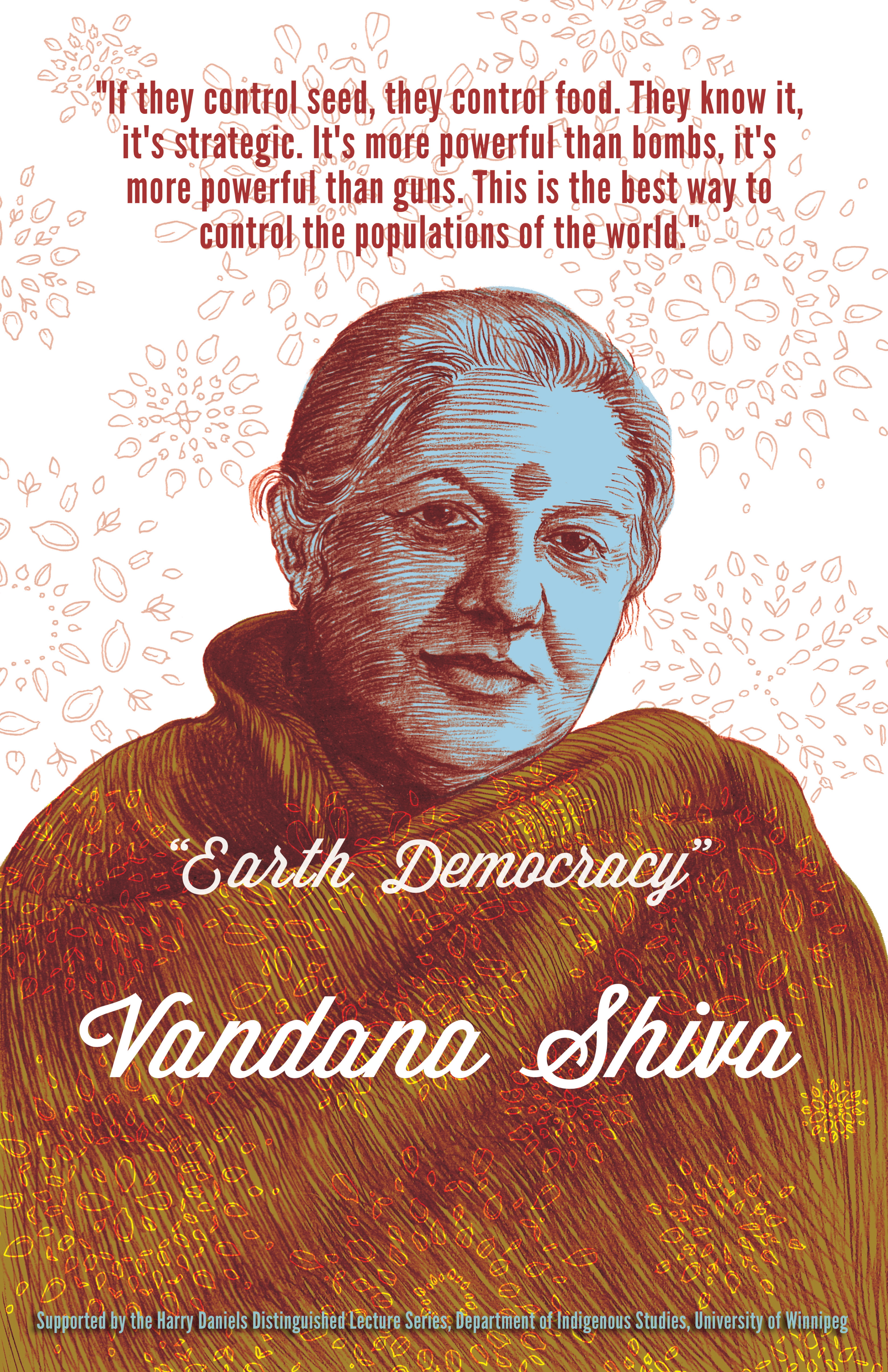 Internationally renowned eco-feminist, philosopher, and activist Vandana Shiva will be paying a visit to Winnipeg this weekend, and while her ticketed event is now sold out, local organizers have arranged an alternate, free live-streamed teach-in.

Shiva will be speaking to a group of paying attendees on the evening of March 28 as part of the “Fragile Freedoms” lecture series, presented by the University of Manitoba’s centre for professional and applied ethics, the Canadian Museum for Human Rights, and the CBC.

On March 29, Shiva will be giving a lecture about Earth democracy from 90 Sinclair Street, which will be broadcast as a live-streamed teach-in to other locations across Canada, including a secondary location in Winnipeg.

The organizers of this event state that “there is no lecture hall or community centre with the capacity to hold everyone who should hear her inspirational and empowering message,” which is why they are offering this free, live-streamed event “in the spirit of decentralized knowledge-sharing and radical self-education.”

The notion of radical education, and radical self-education, is part of a larger movement to create spaces of knowledge-sharing outside of formal educational structures.

British scholar David Hicks believes that in its current form education “inevitably reproduces the social, political and economic norms of the dominant ideology. In the west this is capitalist, technocratic, individualistic, materialist, and patriarchal.”

In contrast to the Fragile Freedoms event, the teach-in on March 29 is free, and organizers of the second Winnipeg location—the University of Winnipeg Womyn’s Centre and the Women’s and Gender Studies Students’ Association—are attempting to make it as accessible as possible.

Free snacks, coffee, tea, bus tickets, and childminding are all offered as part of the event. It’s also being offered in a wheelchair accessible room in proximity to accessible washrooms.

For those who may be unfamiliar with the concept of Earth democracy, organizers of the teach-in provide a definition to use as a starting point before hearing Shiva’s thoughts: “Earth democracy is the worldview that we as humans can be part of a healthy planet, but we must take action to protect peace and swaraj (sovereignty) for all living beings: Let us learn about our right to water, our right to seed and to food, and our right to life.”

To the cat cave