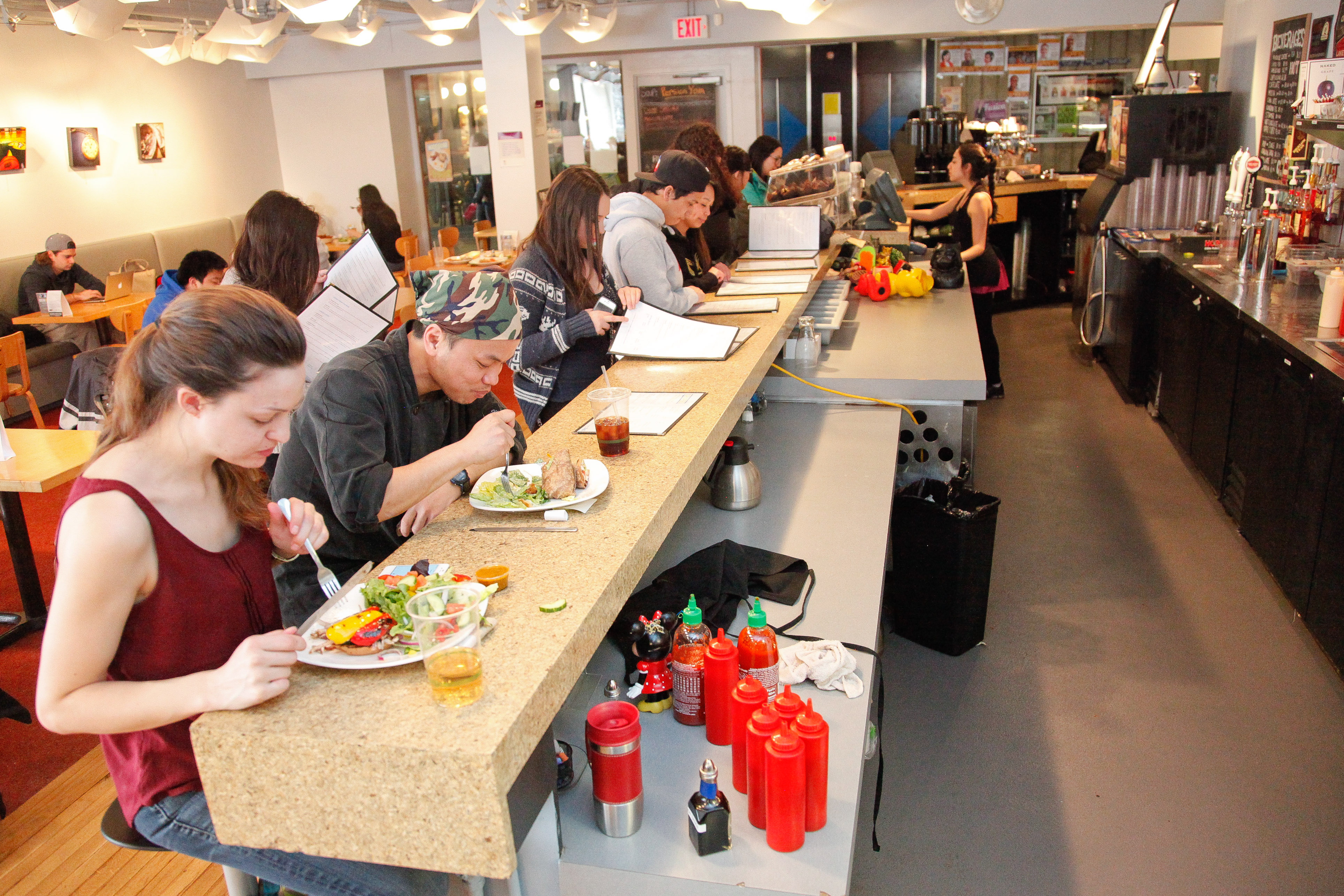 Business is flourishing at the University of Manitoba campus restaurants.

According to recent financial reports, the monthly profits of Degrees and the Hub are higher now than at any other time in U of M history.

“[We’re] comparing the numbers from last year over the entire fiscal year,” said newly re-elected UMSU president Al Turnbull. “In comparison to last year, it is just unbelievable.” He said the difference was a steep $30,000.

That’s significant for these businesses, which Turnbull said lost about $430,000 last year.

“This year we think we’ll be pretty close to breaking even.”

Jack Jonasson, manager of the Hub, credits the newfound success to the hard work put in to revamping the restaurant.

“I think that when the place opened, there were a few missteps that were made, so when I came in, my goal was to meet with the student groups and give them an idea of what it [was] that I wanted to do,” he said. Jonasson said his vision was to develop a “more inviting, and friendly a place as possible.” He said he feels the effort has paid off.

The meetings with student groups helped spark successful events – most notably the Wednesday night “Rez Night” which offers two-dollar drafts, and keeps the pub at maximum capacity from 11 p.m. to 1 a.m. every week.

“[Rez Night] is a very successful night,” said Turnbull at the Feb. 10 UMSU Council meeting. “The last couple of weeks have been phenomenal. We’ve actually had to turn people away, it’s been so busy.”

Meanwhile, down the hallway at Degrees, Turnbull said the financial reports are showing the restaurant to be in the midst of what is its best year ever.

“They are pushing through so many plates every day, it’s incredible. We are trying to work it out so that we can expedite service a little better, but overall things are going very well.”

You will not, however, find any real sense of rivalry between these two restaurants despite their proximity, said Jonasson.

“I think we really complement each other. Degrees is more of a sit-down restaurant; they do a lot of take-out, too. We’re trying to go for more of a pub or bar kind of feel, where people kind of just come and have some awesome pub food and drinks, and do it in an economical way.” For Turnbull and the current executive, the success of the campus businesses means more than just the financial advantage of having strong university organizations. The Refresh platform emphasized promoting school spirit and a positive student experience – something that Turnbull said is helped by the success of businesses like Degrees and the Hub.

“‘School spirit’ and ‘student experience’ are really ambiguous terms, but often they act as a euphemism for partying – and that’s not the case,” said Turnbull. He said Refresh wants students to enjoy being on campus, and not think of the U of M as a “sub-par” university.

“We don’t want people to say ‘I just go here.’ And that includes everything, and that does include the bar. People go to the bar here and it’s great.”

Furthermore, the more successful the businesses are financially, the more money there is for student services, he said.

“I know we can continue to make the Hub an extremely successful business so that we can take the surplus and give it back to the members,” said Turnbull.

U of M drama’s event horizon