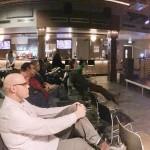 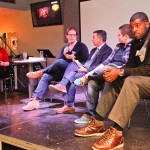 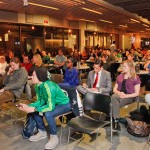 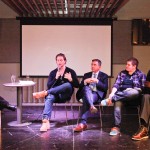 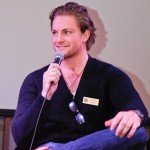 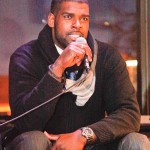 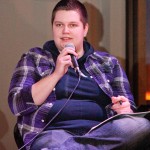 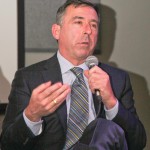 “Homophobia in Sports” was the topic discussed at a special panel held Feb. 6 at the Hub in University Centre on the University of Manitoba’s Fort Garry campus.

The panel was sponsored by the University of Manitoba Students’ Union (UMSU), the Canadian Sport Film Festival, U of M Student Life, the Hub, and the Rainbow Pride Mosaic at the U of M, and supported by David Grad and Sarah Saunders of Student Life.

The evening commenced with a screening of a documentary entitled Justin. The half-hour film shared the story of Justin Fashanu, a professional footballer from England who announced he was gay in the British tabloid The Sun in 1990. The film documents his life and what occurred after his suicide in 1998. Following the film, the panel sat down for an open question and answer period, covering such topics as homophobia within the locker room culture, and creating positive change through increased awareness.

“I think that, definitely in Canada, specifically we can tell that there’s a long way to go in terms of growth when it comes to homophobia in sports,” commented Rahn. “I think that we need to look at gender fluidity and sexual fluidity as two very, very different things. It’s not a matter anymore of ‘I’m gay,’ ‘I’m straight’. There are so many different spectrums of human sexuality.”

Butler talked about how far along Canada is, on the topic of orientation, compared to the United States. While he mentioned the progress here at home, he noted that there is still plenty of work to do in terms of education and awareness.

“Canada is a lot further ahead than the United States, as far as being understanding to different genders and different orientations. The reality right now is we’re focusing on collectively bringing individuals together and not focusing on just gender-specific or orientation.”

One topic that resonated throughout the evening was a conversation on attitudes in the locker room. Neither Butler nor Turnbull felt that gender orientation should affect your camaraderie as a team.

“The locker room is a very different culture. You spend so much time with somebody, you get to know them on a personal level,” remarked Butler. “At the end of the day, if you’re a good teammate or a bad teammate, I don’t care who you date. I just care what kind of teammate you are, what kind of person you are, and that I can depend on you on the field and off the field,” said Butler.

Turnbull echoed the former Blue Bomber’s statement, saying, “In those victorious moments, it’s only you and your peers, and it doesn’t matter who they are or what they do.”

Brown came at the topic of locker room culture from a slightly different angle.

“What doesn’t concern me as much is the silence in locker rooms, male or female at the professional level, as much as it does at the level of adolescent sport and youth sport,” said Brown. “These are age groups where young men and young women are discovering sexuality and are led to believe that sexuality is finite rather than that sexuality is fluid.”

While homosexuality continues to be a widely discussed topic in professional sports, the panel agrees that awareness needs to start at an early age.

“In grade five, you get sex education, but, you know, they leave out all of this stuff. When I was in grade five, there was no mention of gay, lesbian, trans; there was nothing like that,” mentioned Turnbull. “I think with the [Legislative Assembly of Manitoba], it needs to be implemented super young – the younger the better, honestly.”

While education is key, there have also been a number of groups and projects helping to promote equality and diminish homophobia.

The NHL has been promoting its You Can Play campaign. The campaign was spearheaded by then Toronto Maple Leafs president and GM Brian Burke and his son Patrick following the sudden death of Brian’s other son, Brendan, in 2010. Brendan had come out publicly in 2009. You Can Play officially launched in 2012, with an aim to ensure that LGBTTQ* athletes around the world are offered equal opportunity, and judged only by their talent.

Another notable group mentioned by Brown is the Canadian Association for the Advancement of Women and Sport. The association has done a lot of work on homophobia in sport, and has published resources that coaches at the amateur and developmental level can access to help athletes come out, and stay in sports.

“We’re already on the right track,” noted Rahn. “It might not be part of our government, but the Rainbow Resource Centre has a program called the YEAH program (Youth Educating Against Homophobia). They have programming that goes into elementary and high schools and educates and does programming that kind of teaches kids how to be allies.”

Each and every program mentioned offers a step in the right direction, and while there is plenty of work left to do, awareness in any form is salient.

“I do think the numbers are low, but it’s a very new phenomena. There’s gonna be more, but it’s the ground-breaking few that really are gonna change things, and kudos to Chris [Voth], and kudos to all the professional athletes who have come out,” said Turnbull. “I think that’s a great step for positive change in our culture and in our society.”