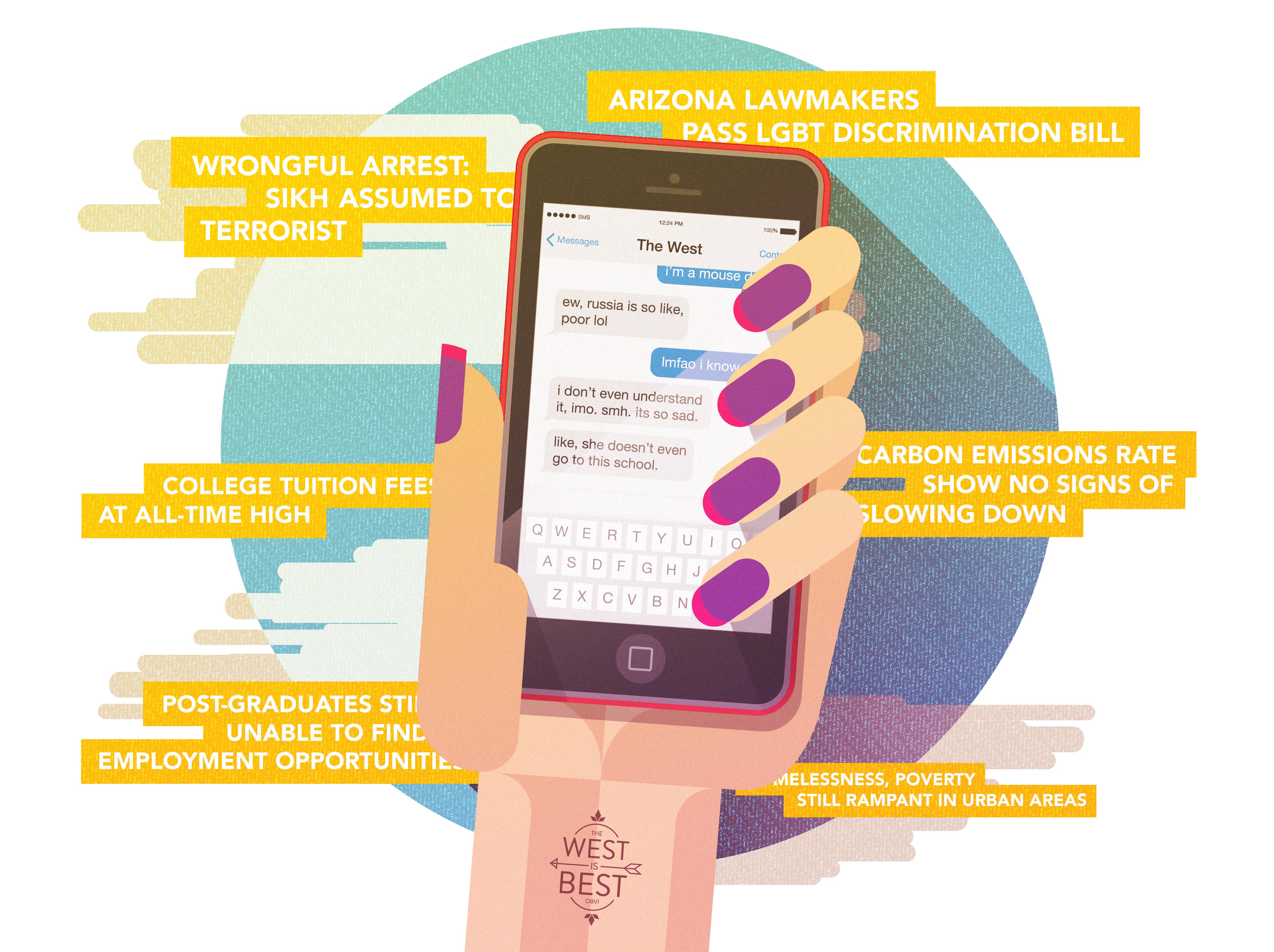 Russia has been in the international spotlight for much of the last two weeks for hosting the 2014 Winter Olympics. However, the actual games themselves have often been overshadowed by Russia’s deteriorating human rights record – most notably the introduction last year of a controversial anti-gay law.

The law prohibits the public support or promotion of homosexual lifestyles, and has further encouraged a culture of violence and hatred towards this minority group within the country. Videos and pictures of gangs of thugs intimidating or beating supposedly gay people in Russia have been seen and shared widely over the Internet.

The situation in that country is abhorrent and should indeed be condemned in the strongest possible terms. Three things, however, strike me as I listen to the indignation and uproar coming from the West.

Firstly, homosexual people have only recently started to gain equal treatment in the West. Many Western countries are only now undergoing a revolution in terms of how homosexuality is viewed. Same-sex relationships that were once barely tolerated are finally becoming accepted by mainstream society – even celebrated.

That said, we have only just recently become so enlightened and civilized. Recall that gay marriage in Canada was only made legal in 2005, a mere nine years ago. In the Netherlands, one of the most progressive Western countries, gay people weren’t afforded the right to marry until 2001.

Let us remember that we were denying gay people these same basic rights not too long ago, and in some places, being gay was, and continues to be, received with true hostility.

You may rightly point out that while same-sex marriage may not have recognition in all Western countries, for the most part, gay people certainly aren’t being systematically targeted by such disgusting laws as they are in Russia.

This is true, but it brings me to my second point that should be kept in mind when looking at the situation in that country: Russia’s recent history and the role played by the West in creating such a corrupt and dysfunctional economic and political system.

When the Soviet Union collapsed, Russia was violently dragged into the capitalist world system. This transition has seen the evisceration of the Russian economy, catastrophic unemployment, capital flight, near hyperinflation, and deindustrialization that makes the Rust Belt in the Midwestern United States look minor by comparison.

As is usually the case when the economic situation deteriorates, so too do a number of other social indicators.

For example, life expectancy for males dropped from 65 years in 1987 to 57 in 1994. According to official government statistics, infant mortality increased from 17.4 per 1,000 live births to 19.9 per 1,000 live births, due to deteriorating health infrastructure and nutrition levels. The country has been experiencing disastrous population decline, with the population decreasing from nearly 150 million in 1991 to 139 million in 2011. Decline is projected to continue to 128 million in 2025, and then 109 million in 2050.

Many of these problems were a result of the brutal economic policies championed by the International Monetary Fund (IMF) and the United States – policies termed “shock therapy.” The logic of these policies was that if privatization and price liberalization were imposed quickly, the country wouldn’t slide back into strict economic control by the state.

In reality, what happened was that a few well-positioned individuals in the black market were able to raid Russian assets, creating a small and incredibly wealthy oligarchic elite. These elites now control the country—stifling reform, civil society, and democracy—and rule in a dictatorial fashion.

The existence of this oligarchy can be traced to the policies championed by the IMF and the United States, and it is this oligarchy which has drummed up hatred against homosexual people, minorities, and foreigners in Russia, scapegoating the country’s problems onto these groups.

Which brings me to the third point that strikes me when the West so bitterly criticizes Russia for its stance on gay rights: the selectivity of our outrage.

Where is the outrage for the horrendous violence visited upon ethnic and religious minorities in Russia? Immigrants and non-Christians are routinely singled out for discrimination and acts of abuse. Neo-Nazi thugs and gangs of far-right ultranationalists continuously target non-white or non-Russian-looking people. Immigrants and visible minorities face a situation in Russia that is just as dangerous as that faced by gay people.

The majority of the people encountering this violence are Muslim and Turkic peoples from the former Soviet states of Central Asia. We don’t say anything about their plight. Where is the outrage and moral indignation for them? I would argue that our own Islamophobia is one reason we are silent towards this equally terrible situation.

In short, we should not expect a country that has been experiencing disastrous socioeconomic conditions, that is undergoing catastrophic depopulation, and is ruled by a corrupt and authoritarian government, to be a warm and welcoming place for gay people. We should also remember our role in Russia’s tragic, recent history, and that our own attitudes towards homosexuality have only just become accepting and welcoming.

When it comes to morals, we cannot claim the high ground; we do not deserve a place on that podium.