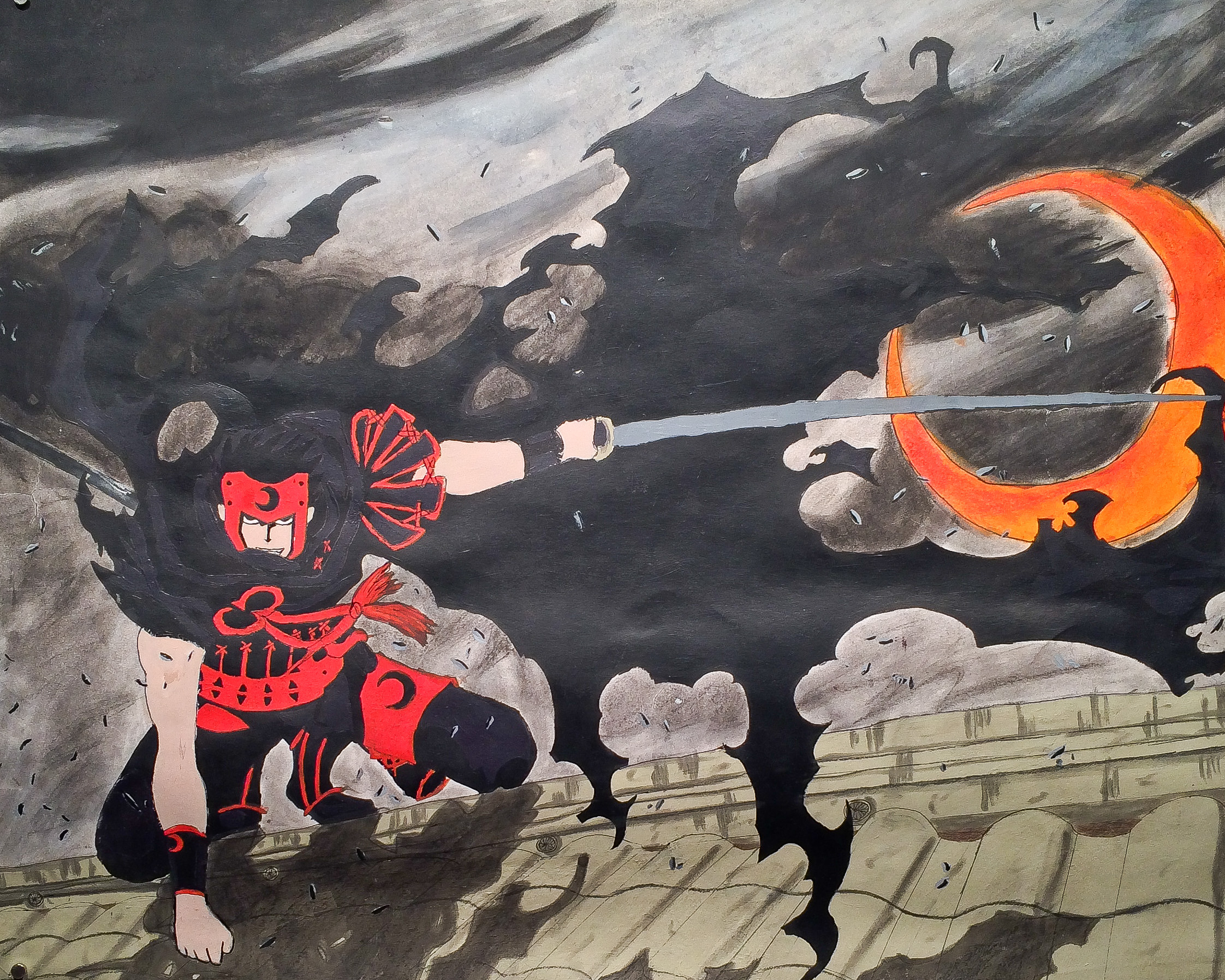 A powerful, crazed, manga ninja. A self-portrait eyeing handwritten pages of personal thought. A short video shot in the wilderness followed by one filmed in an institutional corridor. An elegantly chic, gender-bending pop art portrait. A small, votive painting in purple and gold with waves undulating around a goddess.

Karina Elisa Cardona Claros, a graduate student in the department of environment and geography at the U of M, created the self-portrait and intensely introspective writing. Geology student Candace Le Sage executed the warrior based on the Japanese comic book series Tsubasa: Reservoir Chronicle.

Vivian Muska graduated from the fine arts program and created both the small panel painting of the goddess as well as the stark, large-scale portrait inspired by pop art. Video artist Alicia Coulson is currently completing her last year of an honours degree in fine arts.

Gallery co-ordinator Kira Koop explains that the GOSA is a service offered to students through the student union.

“There are different attitudes towards student artistic expression around campus,” says Koop. “There is art by different students in various buildings, some of it very prominent, and this is a great way to support artists who are part of the university community.”

Koop goes on to explain that there has also been campus-led opposition to student artistic expression. Specifically, she recalls a student performance piece that was shut down by campus security in University Centre, and notes that graffiti is an artistic practice of students that is frowned upon.

The six gigantic and inviting windows of the GOSA enable clear views of exhibitions for passersby and anyone waiting in the Tim Hortons lineup in University Centre. The space is highly-sought-after, says Koop, noting that when she took over the position last fall, she arrived to a slew of requests to use the space. Student Accessibility Services partners with the GOSA annually for exhibitions.

Koop explains that the show is composed of students involved with Student Accessibility Services who wanted to share their work; the submission and selection process is less stringent than would be found at other galleries.

This exhibition makes it possible for visitors to understand that conditions known as disabilities do not prevent creativity from coursing through one’s personality and pouring into the surrounding world.

A variety of expressive abilities were celebrated in this show.

The woven textures of circular lights, wire fencing, and linear pipes adorning the ceiling of basement corridors in Coulson’s beautiful and disorienting short film Detour are adeptly accompanied by a dialogue between speakers discussing how disabilities are recognized by other people.

The aggressive shadows and maniacal grin of Le Sage’s “Rogue Ninja” suggest the crouched character is prepared to leap off the canvas and attack.

The raw, personal imagery of Claros’ portrait and writing almost requires the reader to collapse in exultant heartache over the willingness to confront one’s difficulties and vanquish them.

The joy, provocation, and assertive characters painted by Muska call on the audience to not give a damn what the world around us is demanding, and to find a centre of power in ourselves that cannot be pushed around.