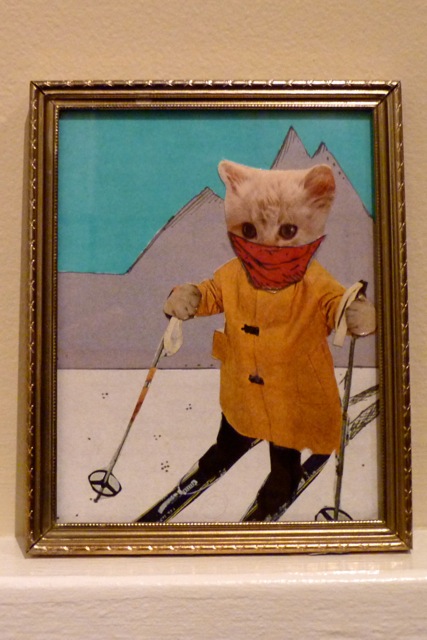 Detach the stigma associated with mental illness: for organizers and participating artists in an upcoming fundraiser, this is a core imperative. Starting Feb. 6 at 5 p.m., seven alumni from Artbeat Studio’s residency program will take part in the 24-hour Art-a-thon. Artbeat, partnered with Red River College student Rebecca Henderson, offers studio space for six-month periods for up to nine artists living with mental illness.

Henderson, whose creative communications program requires students to develop an Independent Professional Project (IPP), explains how she decided to implement this fundraiser.

“With the IPPs [ . . . ] you have to consider the need for it. It doesn’t have to be [volunteer-driven]; you can write a screenplay, you can write a book. I chose to fundraise an event,” Henderson says. “Mental health and mental illness are really important to me and have affected me in different ways.”

Henderson explains that she works in the medium of writing, but strongly supports visual arts locally.

“When I heard about Artbeat, initially, it was such a great organization. [I thought], ‘What can I do for this organization that will raise awareness for it, to raise money for its core programming, which is its residency program?’”

In concert with Artbeat’s executive director Lucille Bart, whose son Nigel is the founder and studio facilitator of the organization, Henderson crafted the event and seven artists from past residency programs agreed to participate in the fundraiser.

Emerging Winnipeg artist Julian Kirchmann, who will participate in the Art-a-thon, works primarily through collage, and is one of the most recent graduates of Artbeat residency.

“Mental health is a very important factor in a person’s life; [ . . . ] it’s part of your daily function,” says Kirchmann, explaining that while part of the event is about raising money for the endowment fund to keep the programming on, there is a profundity to the project. “It’s more than just that, it’s about raising awareness and detaching the stigma associated with mental illness.”

Breaking down negative stigma associated with mental illness drives Henderson’s initiative in this project as she has come to know the artists.

Artbeat provides a venue for self-expression. “They’re able to use their artistic creation and work through their illness. Mental illness isn’t something that’s a weakness; it’s part of the lives of the artists.”

During the 24-hour period, you are encouraged to make a donation to Artbeat through the Winnipeg Foundation’s website at www.wpgfdn.org. For every five dollars raised, the Winnipeg Foundation has pledged to donate a dollar. Henderson says they are hoping to set up live feed video cameras online so the public can view the artists during the fundraiser.

On Feb. 7, following the fundraiser, Artbeat Studio will host an art auction with refreshments and everyone is welcome to attend.

Artbeat Studio is located on the fourth floor of 62 Albert Street in the Exchange District. They are a mental health consumer-initiated, peer-directed, and recovery-oriented program.

Treat yourself to something sweet this holiday season