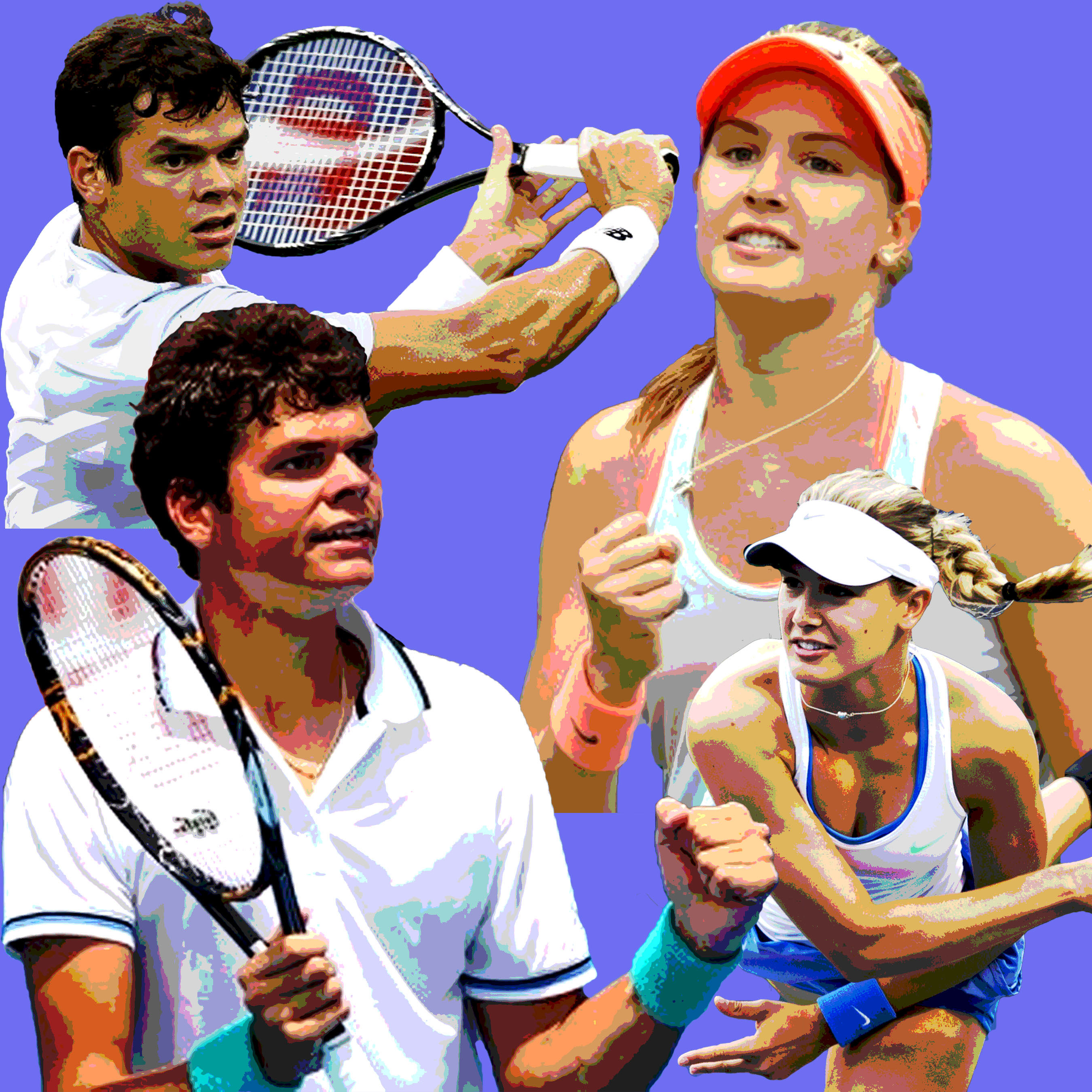 This past year saw the first glimpse into what appears to be a very bright future for Canadian tennis.

Three of Canada’s top players are coming off career bests in 2013 heading into the 2014 Australian Open, which starts on Jan. 13. Expectations are high for Milos Raonic, Vasek Pospisil, and Eugenie Bouchard as they await their seeding for the main singles draws at the first tennis Grand Slam of 2014.

Milos Raonic made history for Canadian tennis in 2013, notwithstanding some difficulty.

Last year, the “Maple Leaf Missile” reached the Round of 16 in the Australian Open for the second time in three years before losing to Roger Federer. In February, Raonic won the SAP Open in San Jose for the third year in a row.

Worries about the 23-year-old vanished when he reached the Montreal Rogers Cup final in August. It was the first Masters-level final for Raonic, and the first time a Canadian has reached the men’s singles final at the premiere Canadian tennis event in 55 years. Despite losing to Rafael Nadal, he climbed to a career-high #10 Association of Tennis Professionals (ATP) World Tour ranking, the first Canadian male to do so.

After another tournament win in Thailand, reaching the Round of 16 at the U.S. Open for the first time and leading Canada to the Davis Cup semifinals, he was awarded the Lionel Conacher Award for Canadian male athlete of the year by the Canadian Press.

Vasek Pospisil entered 2013 playing in Raonic’s shadow, and while he hasn’t achieved the same success as Raonic, it was a stellar year that currently has him ranked at a career-high #32 in the ATP.

He began the year with a bout of mononucleosis and fell out of the top 100. After recovering, he won an ATP Challenger event in Vancouver, and a week later reached the semifinal of the Rogers Cup, falling to Raonic. With doubles partner Daniel Nestor, he helped Canada secure Davis Cup doubles victories in marathon five-set matches against Italy and Serbia. His versatility could make him a highly-ranked player in both singles and doubles very soon.

Eugenie Bouchard had a very promising year of growth as a professional in 2013, after starting out ranked #144 in the world. By the end of 2013, many believed she could become the best female tennis player Canada has ever produced. Her potential is still not fully realized, but Bouchard showed she could compete with the best in women’s tennis.

By year’s end, Bouchard had risen to #32 in the world and  was named the Women’s Tennis Association Newcomer of the Year. Bouchard’s success led to her being awarded the Bobbie Rosenfeld Award for Canadian female athlete of the year by the Canadian Press.

The Australian Open is an opportunity for the three players to get off to a strong start in the New Year. For Raonic, he will attempt advance to his first-ever Grand Slam quarter-final. For the other two, it will be their first main draw appearance Down Under.

2014 could be the beginning of something really special for Canadian tennis.