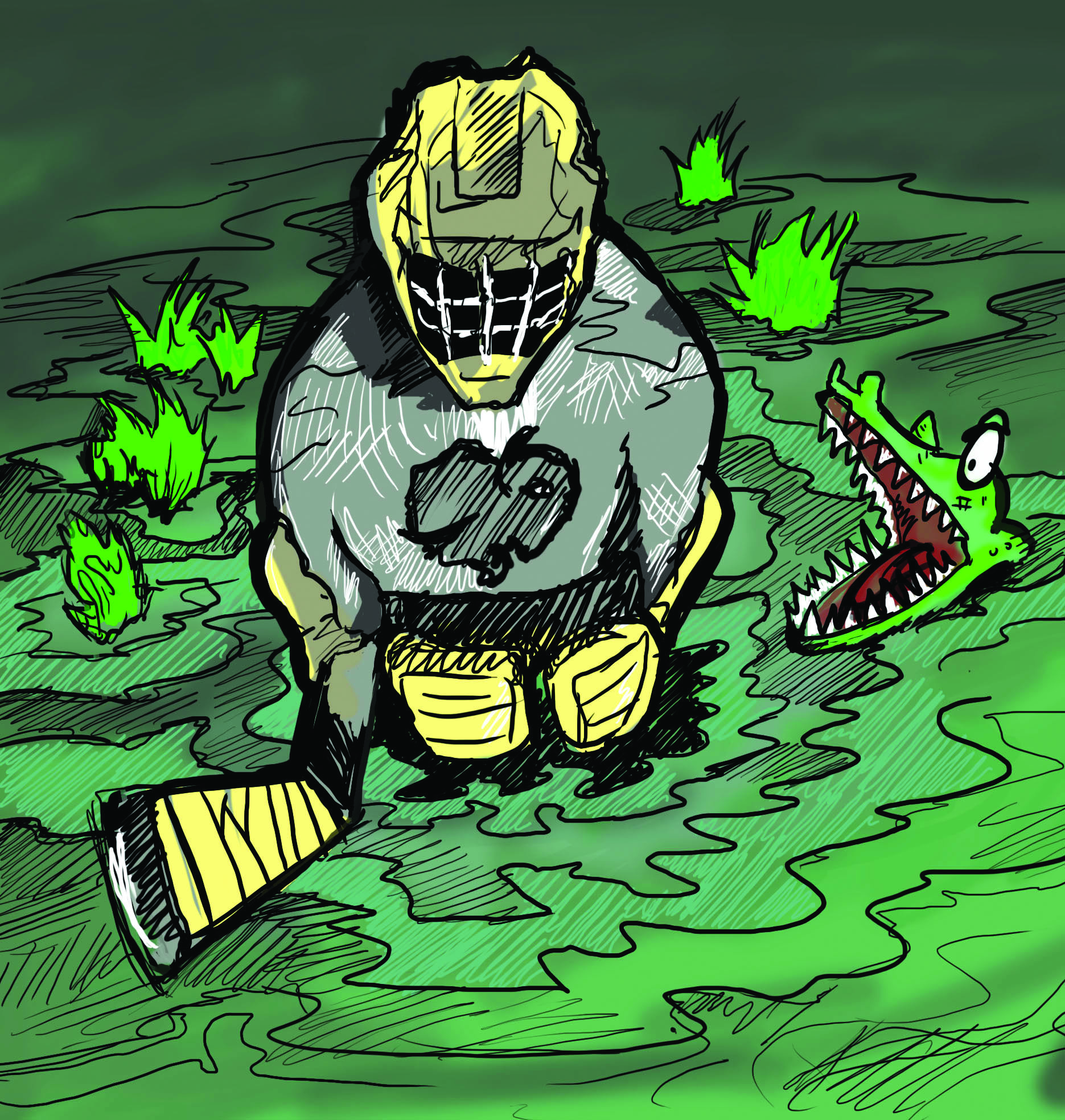 As the Bison men’s hockey season was winding down in late January, the Manitoban got in touch with goalie Jesse Deckert for an interview. Deckert was asked if he had considered turning pro when his tenure with the Bisons came to an end.

“I definitely want to continue playing hockey and getting an education was something I didn’t think I’d achieve, but it’s reassuring that I’ll have that to fall back on when I decide to stop playing competitive hockey,” Deckert said. “But I definitely want to turn pro and see where that road will lead.”

Deckert got the chance just 10 days after the conclusion of the Manitoba Bisons playoff run meant the end of his Bison career, his CIS eligibility all used up.

Deckert signed a deal with the Florida Everblades of the East Coast Hockey League (ECHL), the third tier of professional hockey in North America. The Everblades are located in Estero, Florida, a locale with a much warmer climate than what the former U of M goalie experienced playing at Max Bell Arena. Despite the balmy weather, the Everblades have surprisingly good attendance numbers, averaging over five thousand fans per home game. The team is the reigning Kelly Cup champion of the ECHL, which is the league’s equivalent to the Stanley Cup.

Deckert made his debut in front of his home crowd on Mar. 17 after playing his first four professional hockey games on the road. He ended up winning three of four, with the only loss coming in a shootout. His numbers rivalled those he posted for the Bisons this past season: a 92.5 per cent save percentage and a 2.45 goals against average (GAA). Those stats are better than the other three goalies on the Everblade roster this season. In contrast, his numbers with the Bisons this year consisted of a 91.5 per cent save percentage and a 2.19 GAA, earning a record of 16-9 with two shutouts in his final year playing in the competetive Canada West conference.

Deckert is fighting for ice time with Pat Nagle, who is under contract with the Tampa Bay Lightning and has seen time in the AHL with the affiliate club, the Syracuse Crunch. Deckert and Nagle will both see more ice time in the final six games of the season, before Florida begins their attempt to repeat as champions in the playoffs.

Deckert was joined by Bisons teammate Tyler Dittmer briefly, as the forward signed with Florida earlier this month. Just like Deckert, Dittmer had played his fifth and final year of CIS eligibility and was looking for some post-university playing experience. Dittmer only saw the ice in one game and, despite posting an assist in his one game of action, was released just one week after signing his amateur tryout deal with the Everblades.