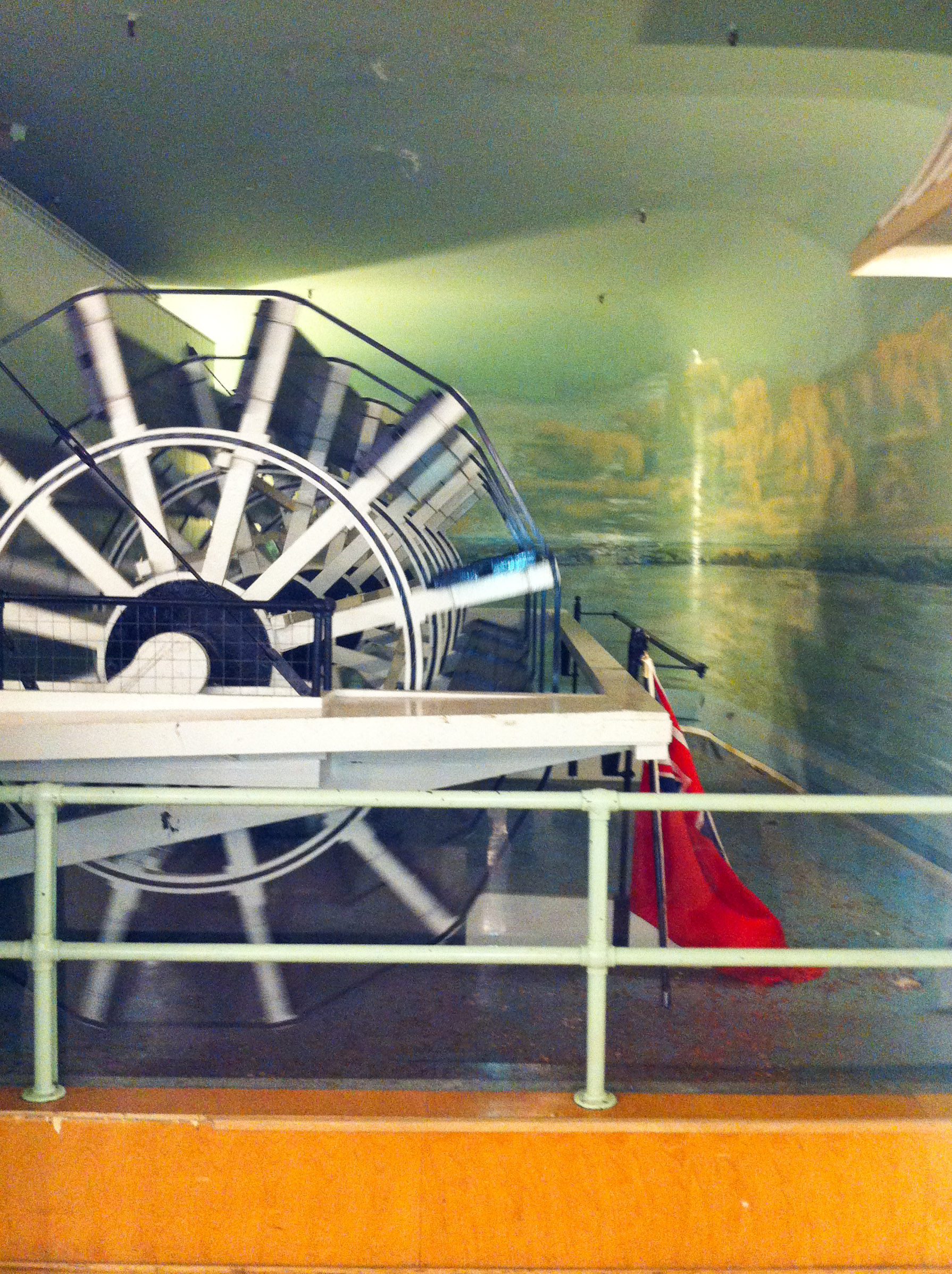 Earlier this month administration released the statement, “After careful consideration, The Bay and Compass Group Canada have announced the closure of the Paddlewheel restaurant operated within the Downtown Bay store.”

After decades of faithfully serving Winnipeggers its reasonably priced cafeteria-style food and comfort, the Paddlewheel closed its doors on Thursday, Jan. 24.

On its last day of business, dozens of people of all ages flocked to take photos and take in the unforgettable Paddlewheel restaurant one last time.

Not about the food

Outside the restaurant’s entrance on Jan. 24, a sign read, “Attention Paddlewheel customers: our servery is now closed. Because of the unexpected turnout, our food selection is limited.” Turkey stew, hotdogs, grilled cheese sandwiches, and chicken fingers were among all that remained on the menu after a surge of nostalgic Winnipeggers consumed and depleted the restaurant’s food supply in its final days.

“It was always the same, and mostly the same kind of food,” reflected a long-time Paddlewheel patron, “but it wasn’t about the food [ . . . ] it was an establishment, something of history. As children from the 50s, this was an outing.”

A link to the past

The Portage Avenue restaurant was located on the sixth floor of The Bay downtown and opened to the public in the fall of 1954. It was a mainstay for generations of urbanites and seniors until the day it closed.

Poplar Point resident Patrick Bend reminisced, “I always remember the wheel,” reflecting on his childhood trips into Winnipeg with his family in the 60s, taking in the “big city” and the Paddlewheel.

“The sad thing [ . . . ] is that seniors and students really rely on this building – for [groceries] downstairs and for the restaurant upstairs,” remarked another customer and former employee, referring to the imminent closure of both the Paddlewheel as well as the basement-located Zeller’s grocery store slated to close this spring.

“I knew people who would walk [here] from seniors’ complexes for breakfast, lunch, and supper.”

The Paddlewheel wishing well, landscape wall mural, stucco ceilings, and dated clapboard-siding aesthetic were central to the restaurant’s identity and the Paddlewheel experience.

“It’s exactly the same – no change,” remarked Henry and Betty Fast, patrons of the Paddlewheel since the 70s.

For the Fasts and others, the unchanging nature of the Paddlewheel restaurant’s interior design and “meat and potatoes” menu made visits especially nostalgic.

Despite attracting droves of sentimental and appreciative Winnipeggers in its last week of business, the Paddlewheel’s expansive one-room space was rarely crowded and typically only populated by a small but committed group of regulars.

Shy of its 60th birthday—it was set to undergo a series of renovations in 2011 that never came to fruition—little is known regarding what will happen to the vacant space once home to the iconic Winnipeg eatery.

University of Winnipeg students Devon Barker and Alanna Deluca used to frequent the Paddlewheel as children with their parents.

“This is my first time here since I’ve been [at the U of W] and it’s already my fifth year of university,” stated Barker, adding “so we haven’t frequented [the Paddlewheel] that much.”

“It would be interesting if this [venue] were to stay a restaurant [ . . . ] marketed more towards our generation,” said Barker. “Maybe make it something more accessible to the university crowd. I feel like a lot of us would come here.”

A Guide for the Urban Voyageur