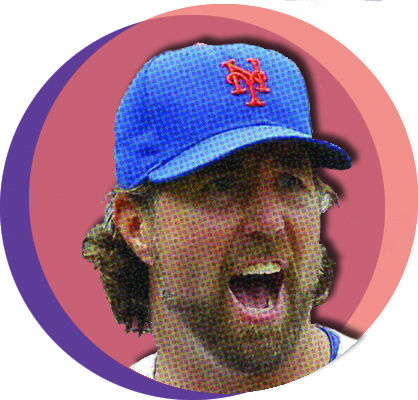 When referring to athletes of nearly any sport, being of age 38 normally means that the player’s best days are behind them and they are travelling down the ever-shortening road to retirement.

The story of Robert Allen (R.A.) Dickey is anything but normal. Having found that his fastball no longer comes across as fast, Dickey realized that he would have to adapt his style or leave the game of baseball. He chose to add the knuckleball pitch to his repertoire and the move has turned him from being an aging starting pitcher into the 2012 National League Cy Young Award winner, compiling a record of 20-6, an ERA of 2.73 and 230 strikeouts.

Not bad for a guy who can “only” throw a fastball 85 miles an hour.

The knuckleball has revitalized Dickey’s career as a pitcher. The pitch is notoriously difficult to throw, and just as hard to hit. It makes less than one rotation while being thrown from the pitcher’s mound to home plate, a distance of over 60 feet.

This causes the trajectory of the pitch to change as it approaches the plate and makes it very hard for the batters to judge where it is going to end up. Combine that with the fact that Dickey can throw this pitch at 83 miles an hour, or as low as 54 miles an hour and it makes it very difficult to hit, which is why he has been so successful with it.

The success has not gone unnoticed, as Dickey as well as other teams have noticed the value of this unrivalled skill. Dickey was expected to continue to play with the New York Mets this upcoming season, but the team’s relucatance to renegotiate a contract with him led to a trade to the Toronto Blue Jays in exchange for a wheelbarrow full of prospects. The trade made national headlines in what has been a very busy offseason for the Canadian club thus far. The move should prove to be beneficial for both Dickey and Toronto as the team seeks its first World Series title since 1993.