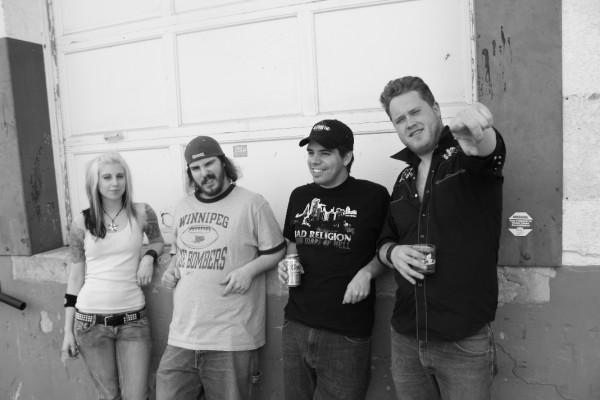 In recent years the West End Cultural Centre (WECC) has primarily been known for presenting folk, roots, and world music made by local and touring musicians. Some may find it hard to believe that less than a decade ago it was a venue where many youth discovered local punk and metal bands for their first time, as the WECC frequently hosted all ages shows for as cheap as $5.

“The [WECC] has a long history of supporting heavier genres such as punk and metal,” says Meg McGimpsey, WECC general manager.

“As part of our 25th anniversary season we wanted to create an opportunity to recognize the scene that helped build the WECC into a place where people of all ages caught their first show or performed for the first time. With the support of the Manitoba Arts Council, Out LOUD was born and will [feature] the best (and loudest) local talent we could find.”

The first show of the series takes place on Friday, Jan. 11, with Big Trouble in Little China, Quagmire, and Everyone’s Fired!!. These bands contain former (and current) members from other local projects such as Head Hits Concrete, Malefaction, the Republic of Champions (formerly the City Champs), Plague, This Time I’m God, and Port Amoral. Collectively there will be over 50 years of loud punk and metal Winnipeg music history on stage.

The next show in the series will take place on Friday, Feb. 8, and will feature the bands Electro Quarterstaff, the Strap, and Warsaw. Bring earplugs.